Do AMD’s APUs actually make any sense for Gamers?

AMD’s Ryzen 5 3400G is a very popular budget processor in our country. For a couple of years, it has been used like hot cakes. The APU became the first choice for users who want to do some editing and gaming occasionally . AMD has announced Ryzen 5 5600G, Ryzen 7 5700G several months ago for the DIY market after a long time. In this post we will discuss whether these two APUs are beneficial for budget gamers at all or how reasonable it would be to build a PC with these APUs considering the price.

You can see the specification in the picture. The Ryzen 5 5600G is priced at 260 USD and the Ryzen 7 5800G is priced at 360 USD. The biggest change we are seeing in the APU lineup this time around is that AMD has also introduced APU at the flagship level. At least looking at the specifications, it seems that the Ryzen 7 5700G has 8 Cores 16 threads, indicating that AMD has wanted the Ryzen 7 to actually look like a Ryzen 7. Also 5600G has 6 Cores 12 threads, Both the processors have 16MBs of L3 Cache. 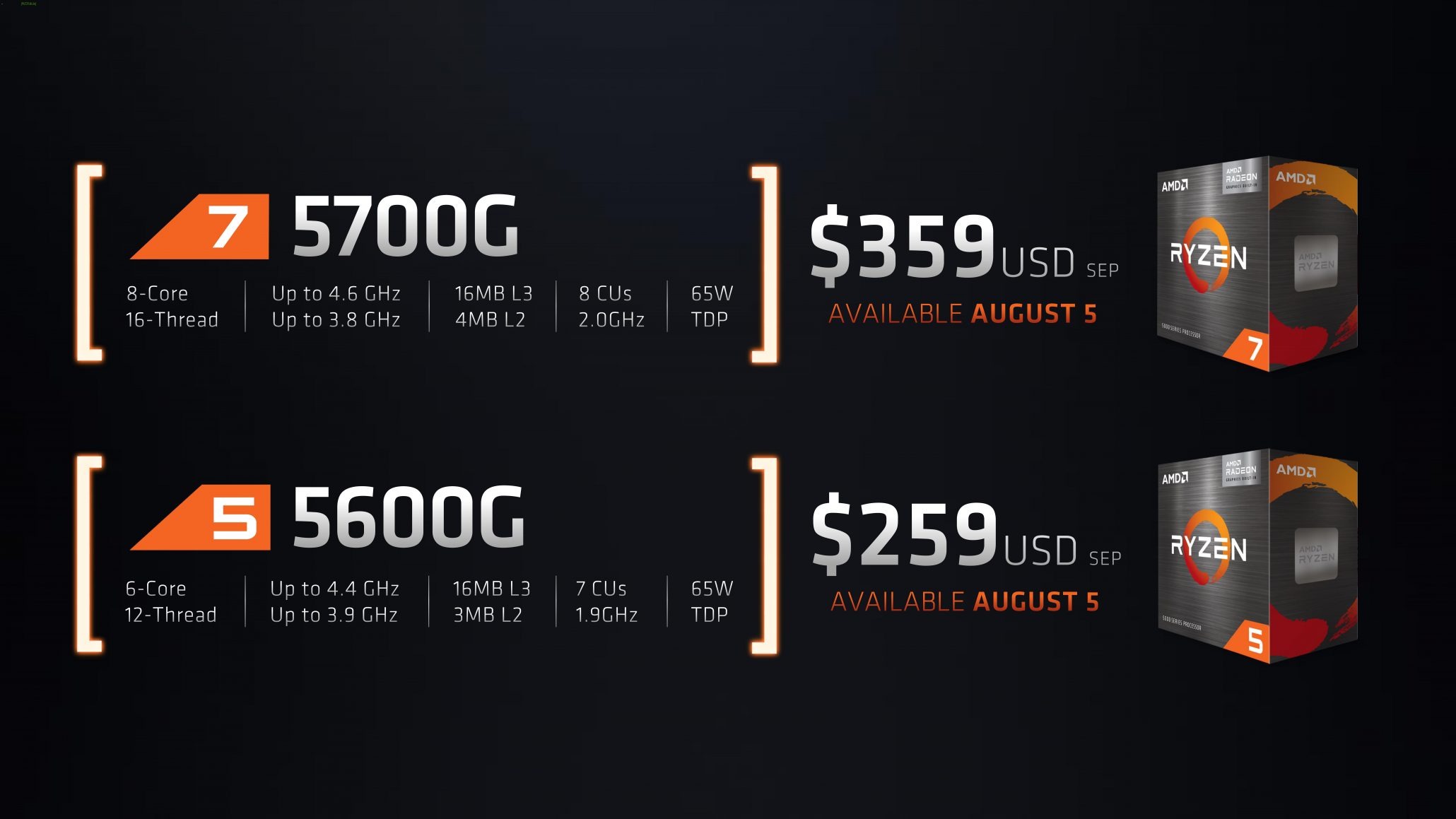 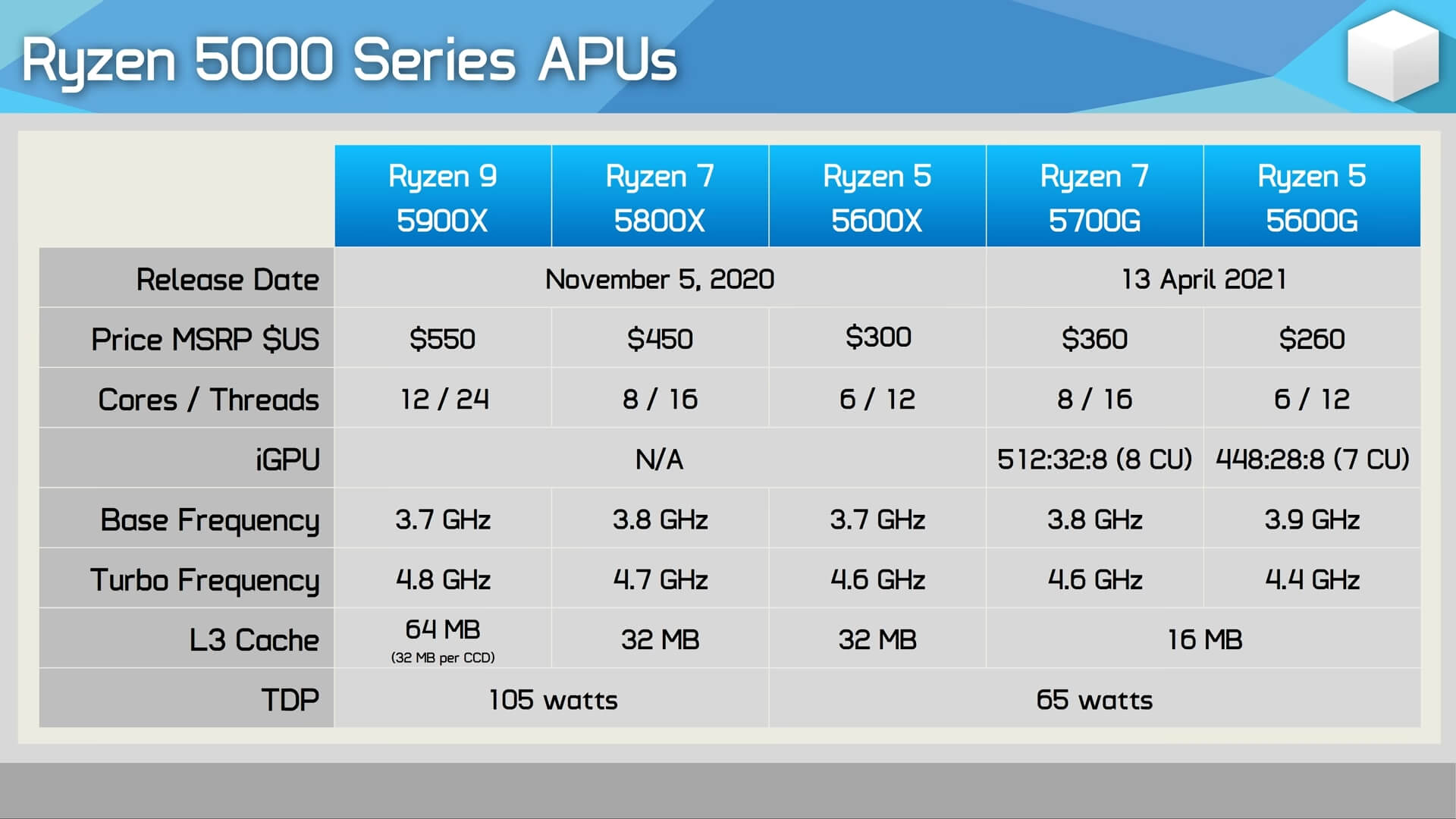 GPU Clock speeds are 1.9Ghz, 2.Ghz respectively. GPU CU counts are 7 and 8 respectively. This is the specification, Now we will try to discuss a bit about performance of these newly launched APU’s against their prices and whether they worth their pricing or not.

The following screenshots are taken from Hardware unboxed. First there are charts of some productivity benchmarks, then there are gaming benchmarks with iGPU in some games. And at the end, the average result of 10 games made with dGPU has been included. Note that iGPU remains disabled when testing is done with dGPU.Which gives an idea of ​​the actual capacity of the processor and makes it possible to compare the respective processor with other processors. 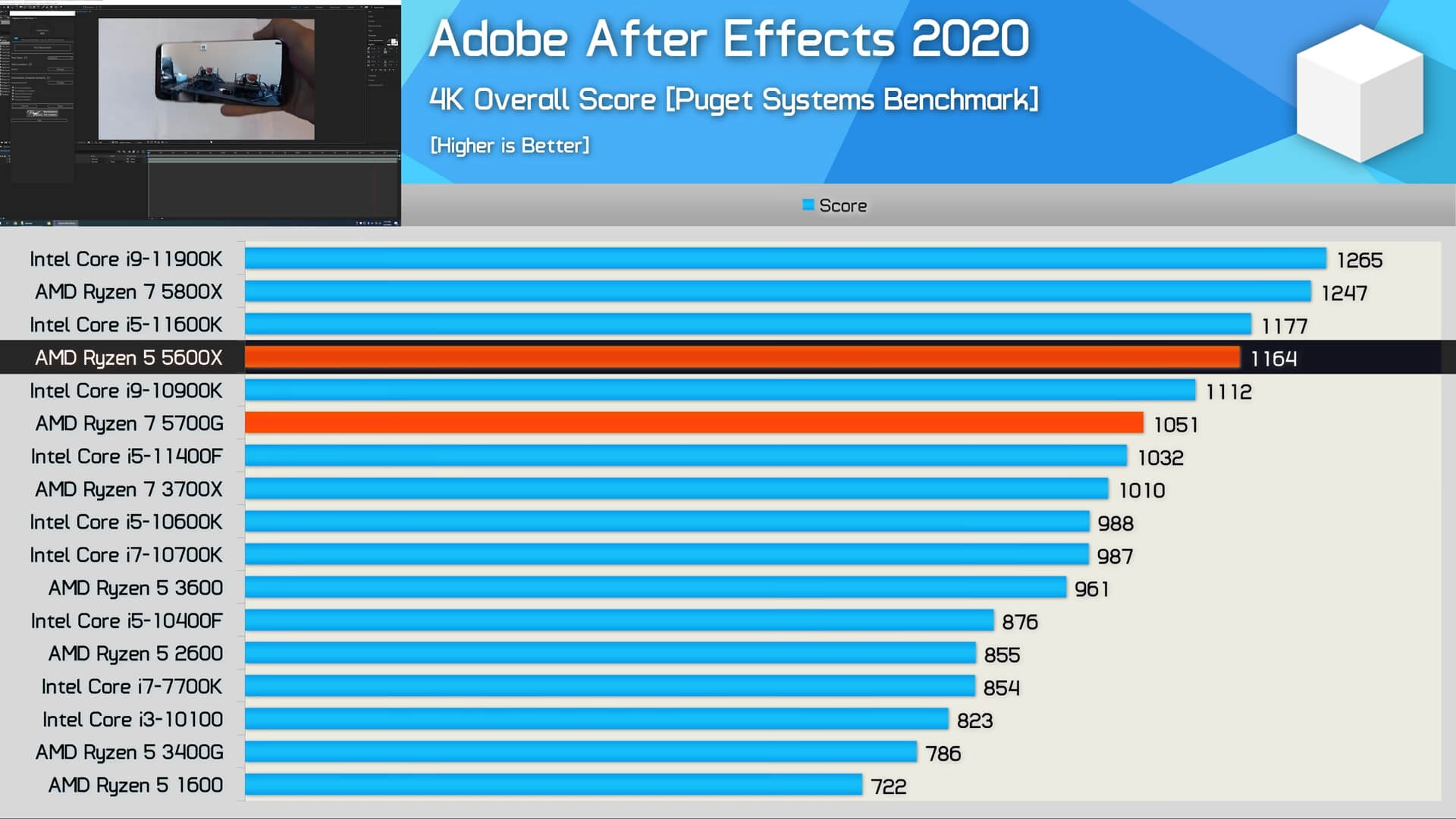 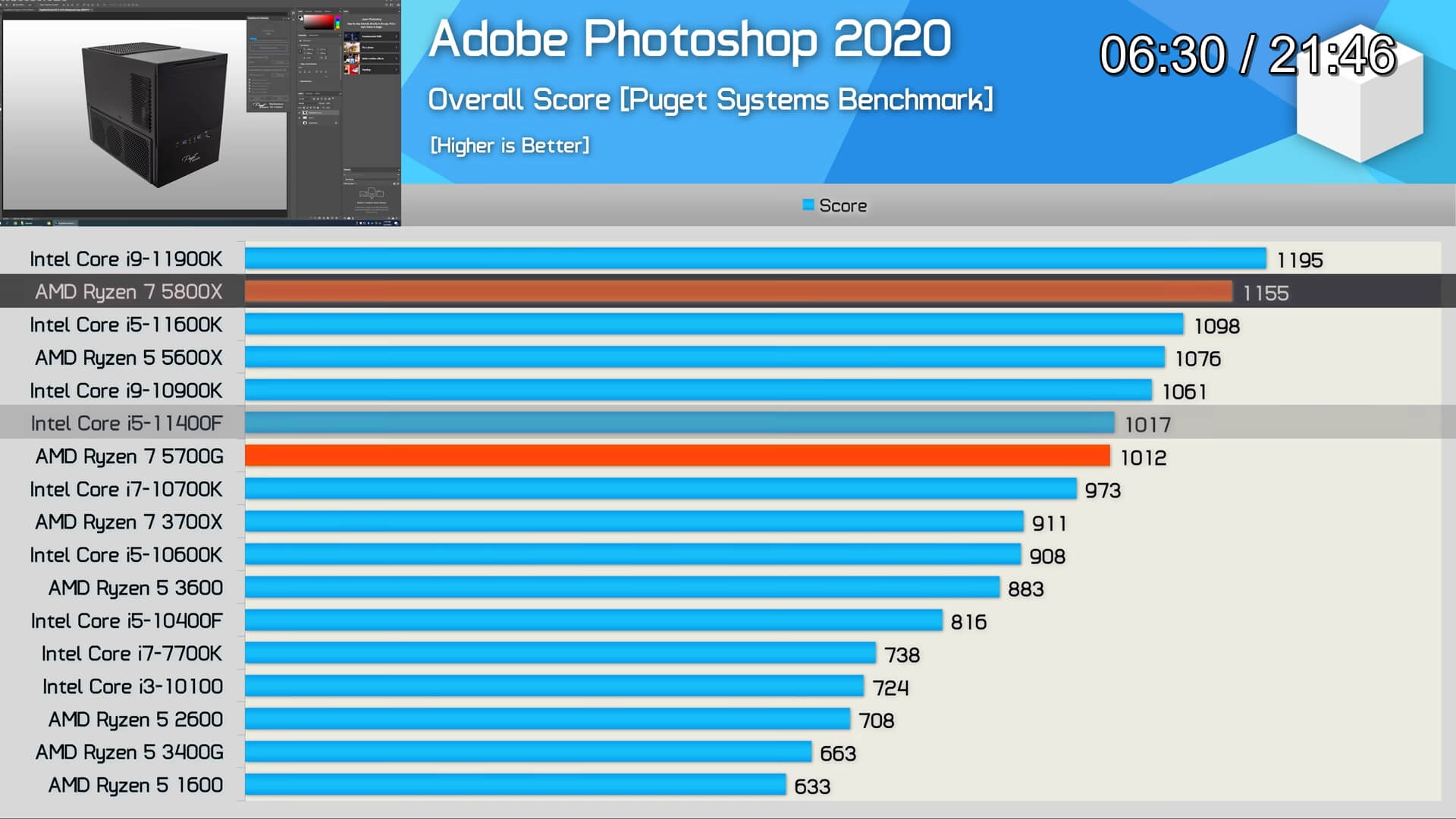 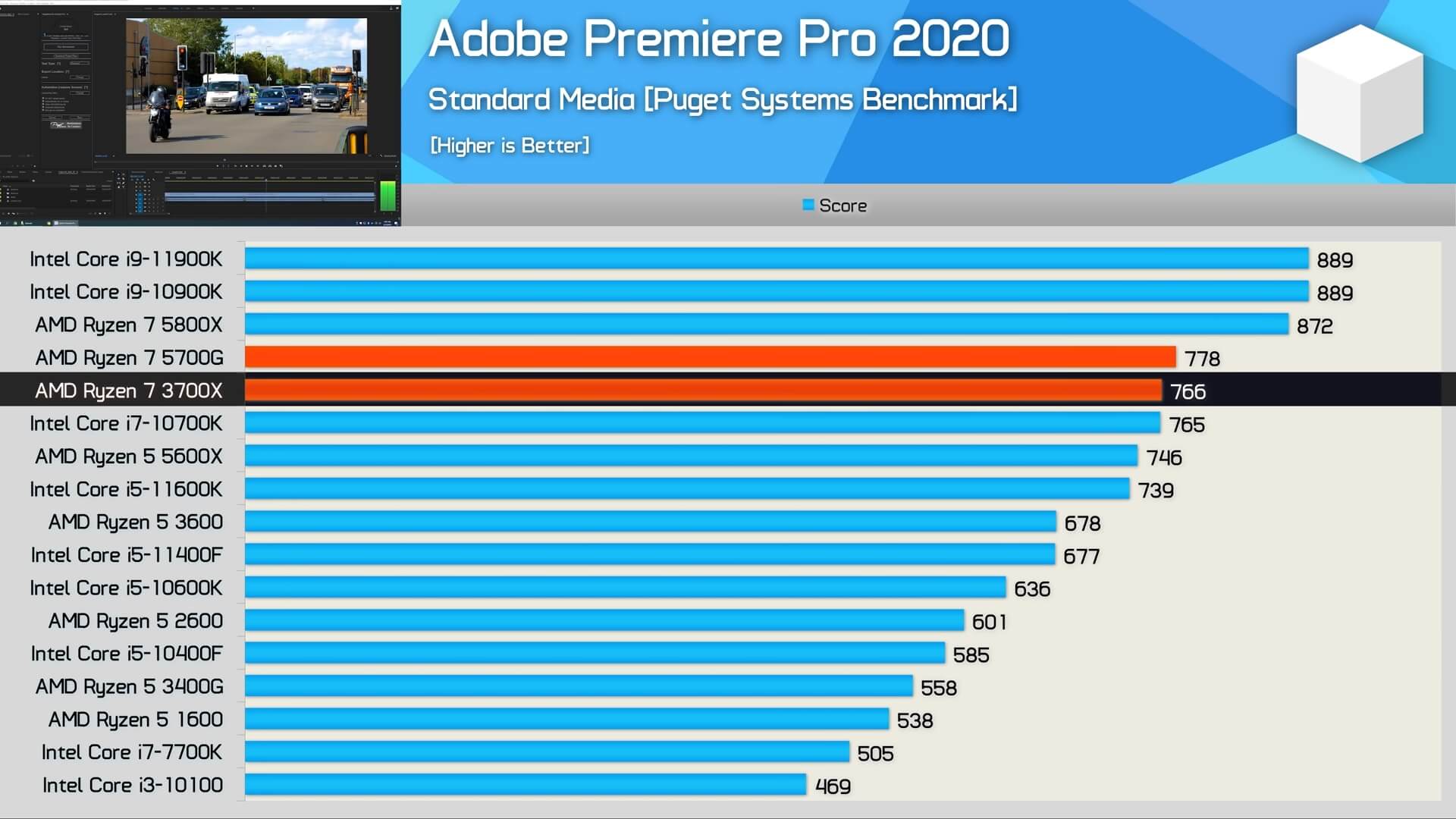 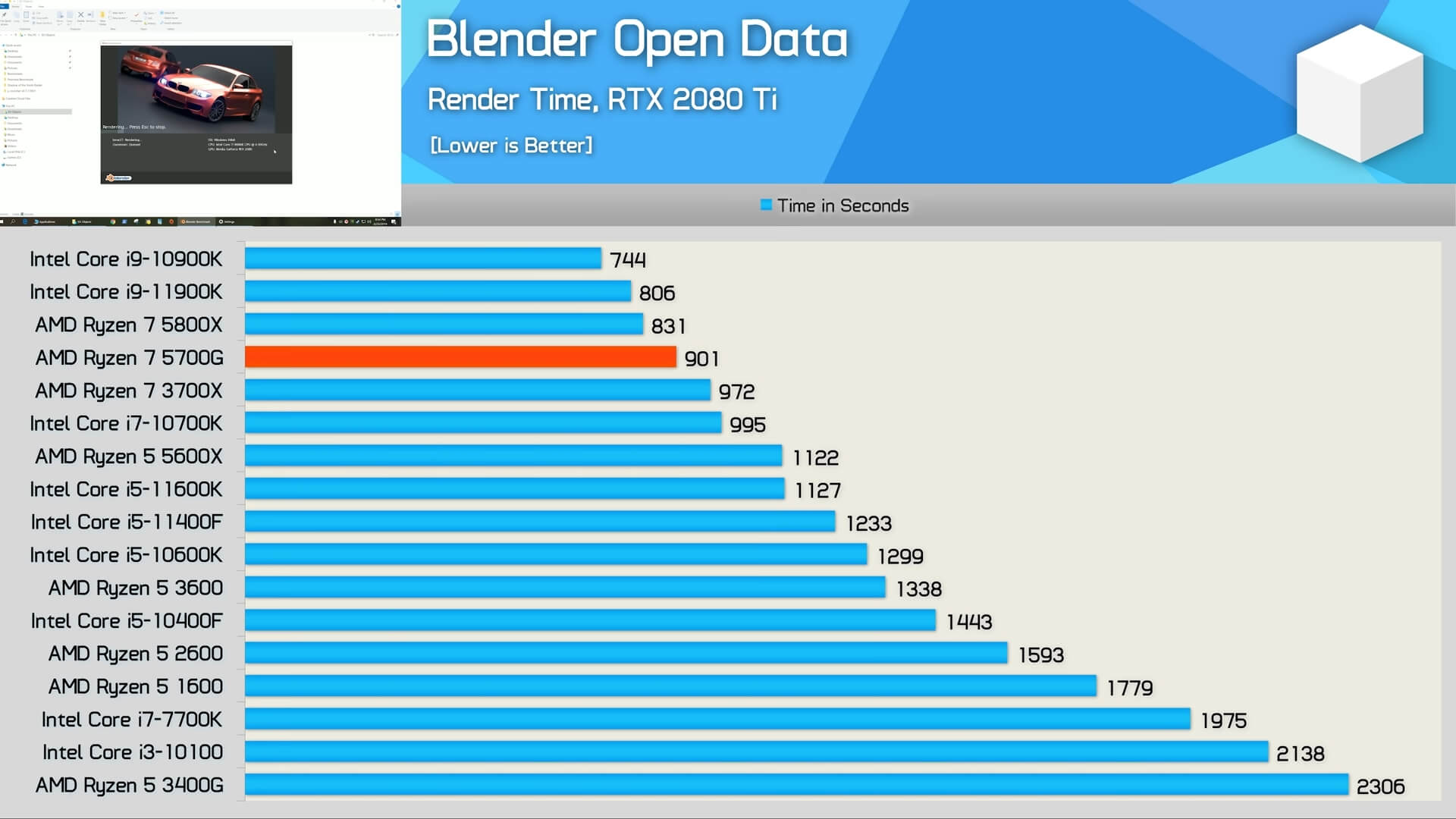 Let’s look at productivity scores (although our main discussion is about gaming). The scores are pretty good. Even if it is not the best, the scores are decent ,sometimes impressive. 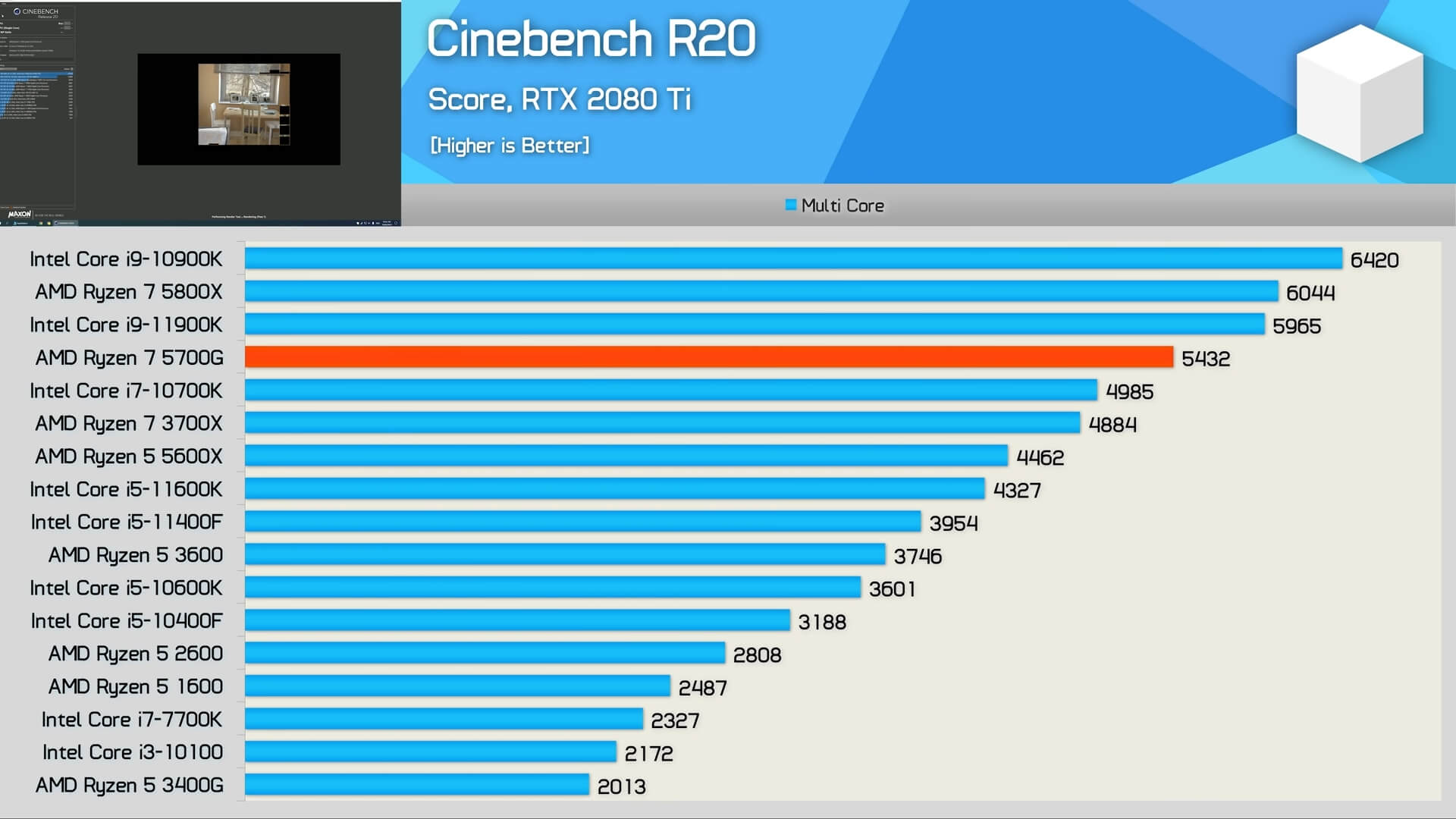 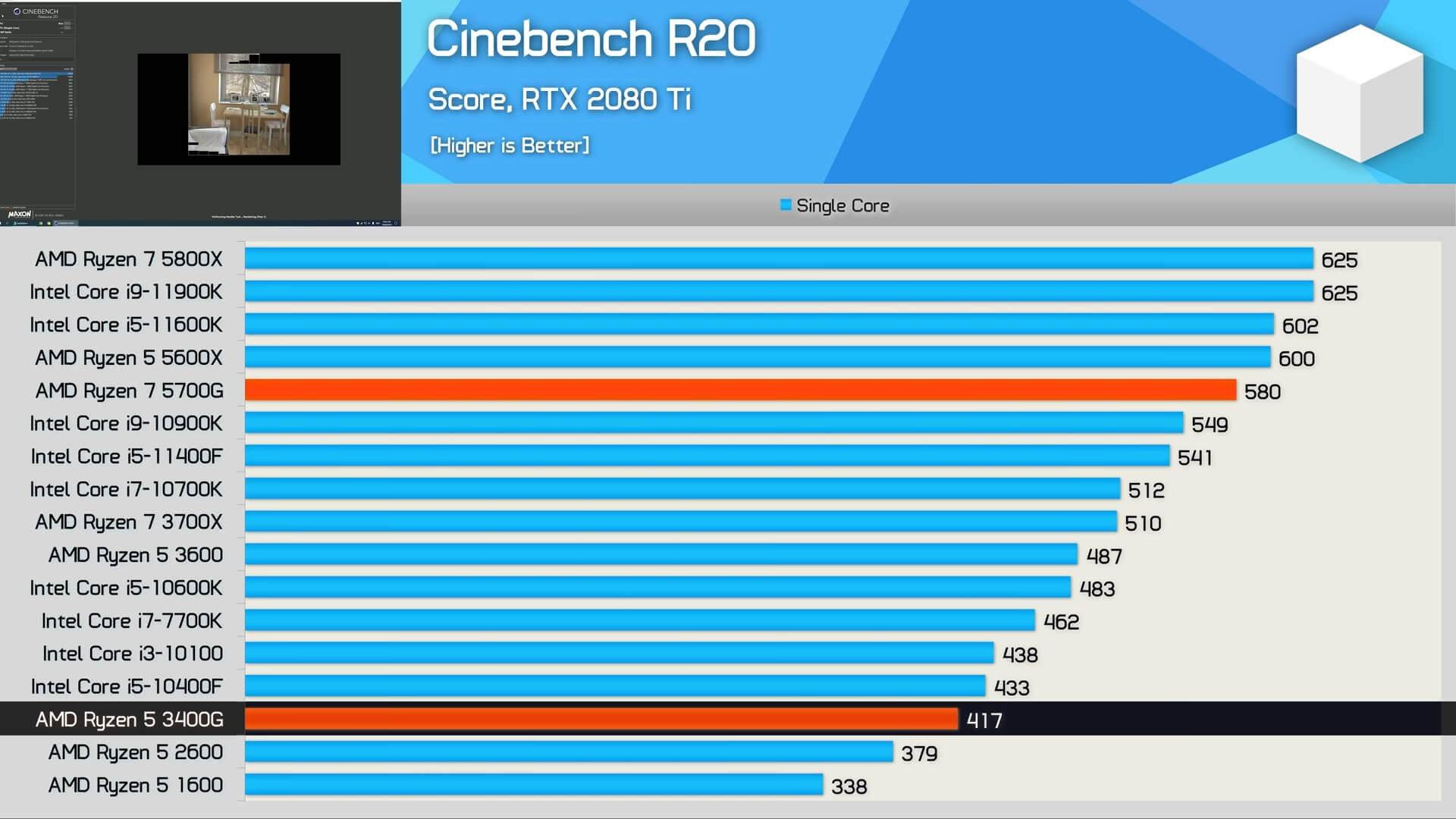 So in terms of CPU based productivity, the 5700g does well. As the processing power of this APU is not that bad,hose who work with Adobe’s software can get decent output from it. 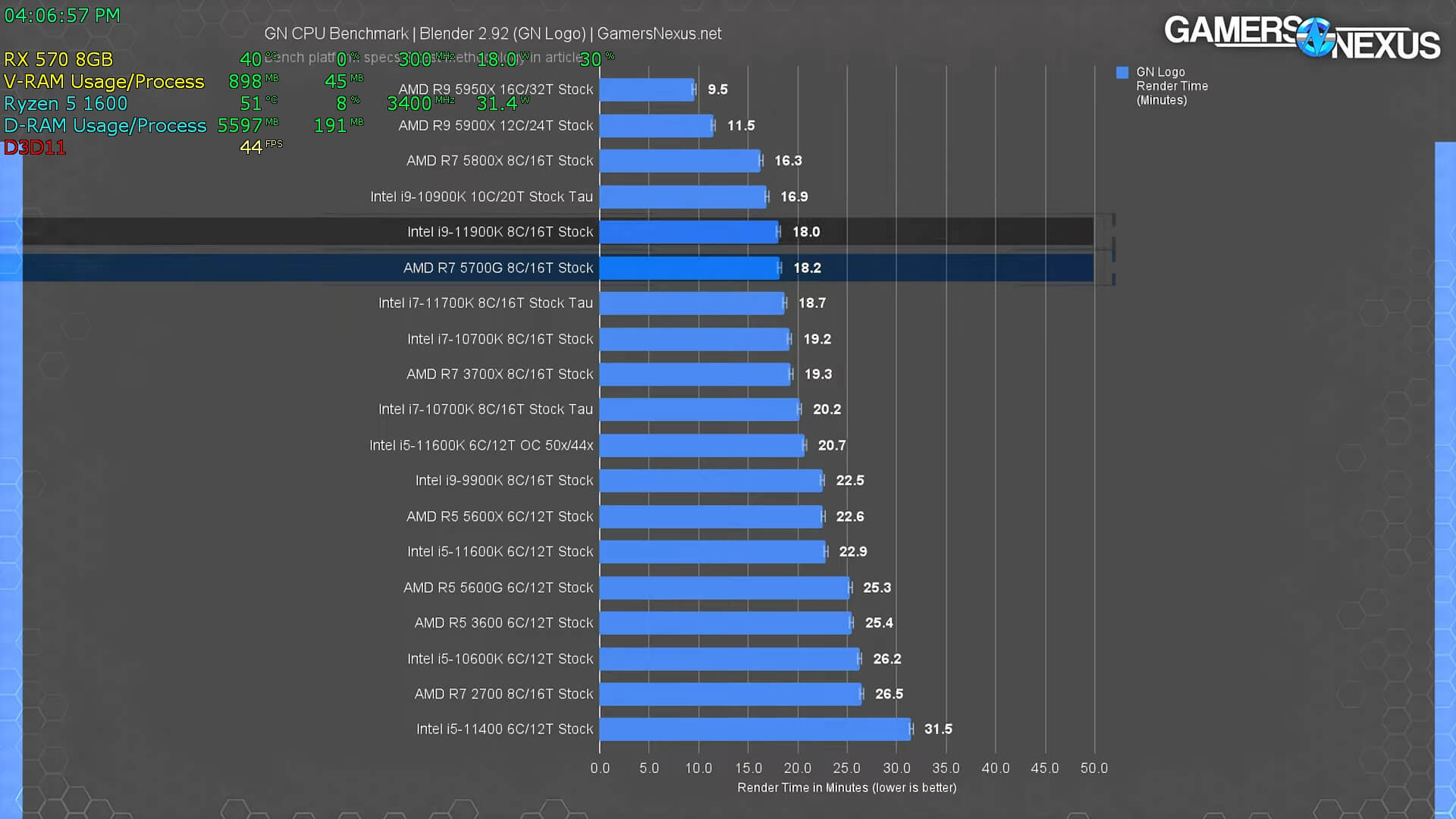 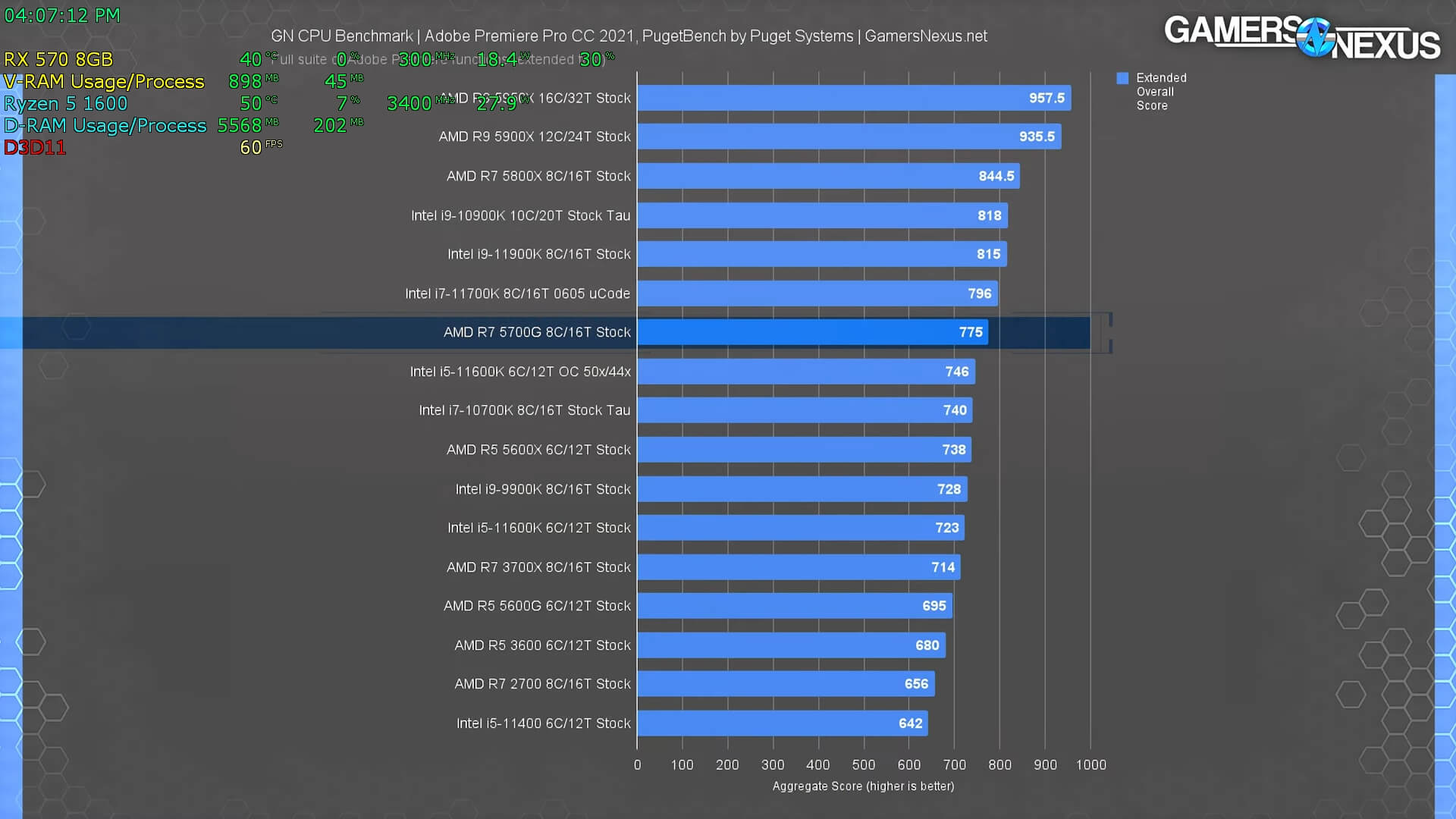 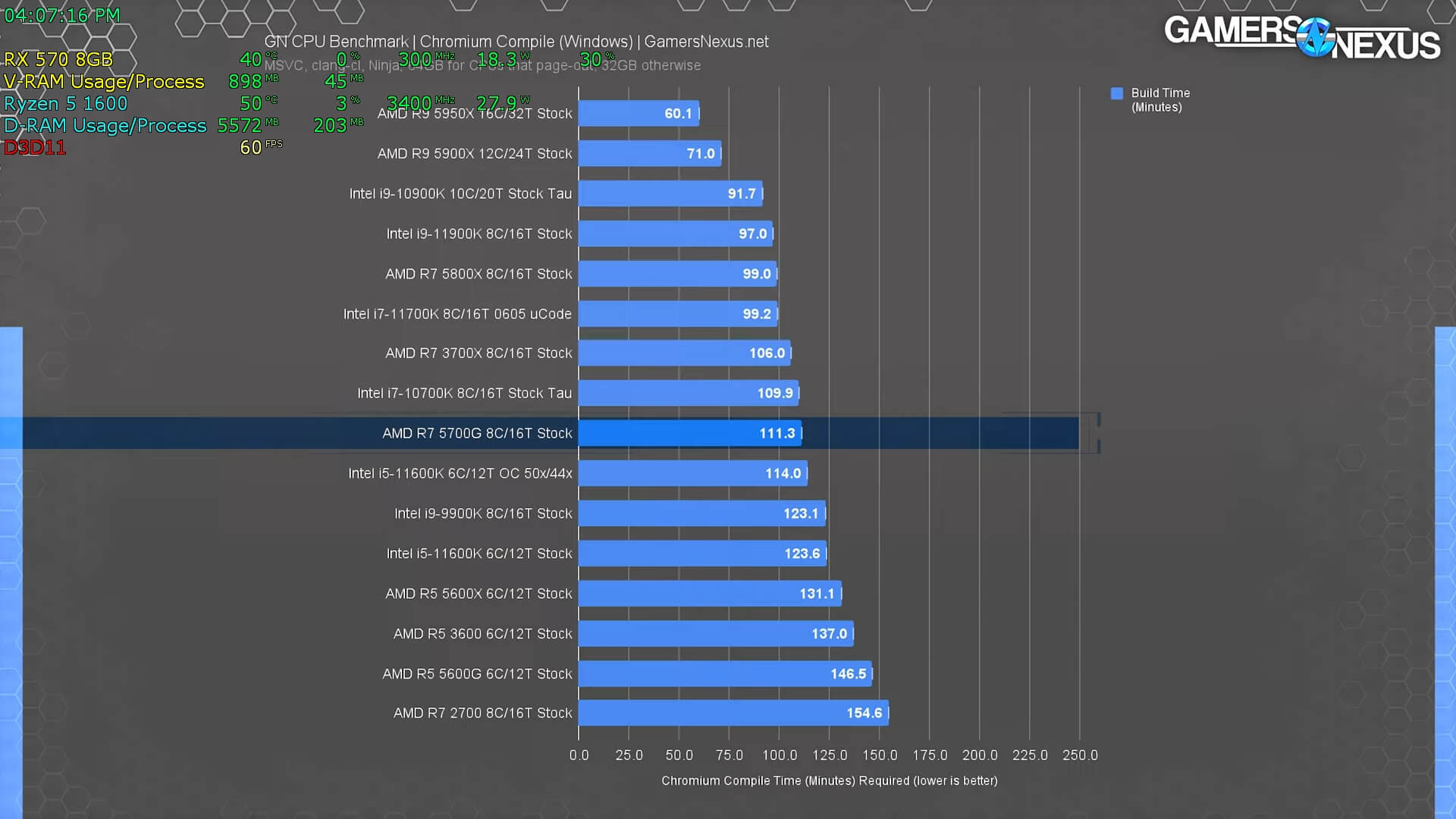 Now we can take a look at the Ryzen 5 5600G. In these screenshots taken from Gamers Nexus, the scores in the Blender, Adobe Premier and Chromium Code Compilation tests show that the Ryzen 5 5600G is not too powerful. Rather the idea is that the Ryzen 5 is equal to 3600 or slightly higher performance in the field. This means that in some cases this processor can be considered as a Ryzen 5 3600 + VEGA GPU. The scores shouldve been better. Although the Ryzen 7 SKU shines well. The 5600G seems to remain below average.

Gamers and PC builders around the world, including in our country, are somewhat surprised or disappointed that there are no mid-budget, low-budget processors in the Ryzen 5000 series or Zen3 processor lineup. That is,AMD hasn’t launched any cpu under 250,200usd price. In this case, Ryzen 5 5600G may be the 250/200 dollar processor that you have been looking for. Maybe AMD arranged their plan in such a way that 5600X, 5800X etc. would be in the higher tier and flagship range.On the other hand, 5600G will be in the Lower Midrange market.

The prices of these processors are already high and will enter Bangladesh in very ridiculous price range.Even if we consider the 5600G to cost 24k and the 5700g to cost 34k, these amounts cannot be ignored and it won’t be illogical to expect a decent performance from these APU’s. Now we should get back to reality.

If you pair a motherboard costing 8000tk with a processor for a minimum of  30,000 tk, then the total amount for building the full pc can reach up to 60-80k with a monitor.

The question is, what kind of performance will we get against this cost. Let’s see.Here most of the games have been tested in low/lowest graphics settings. 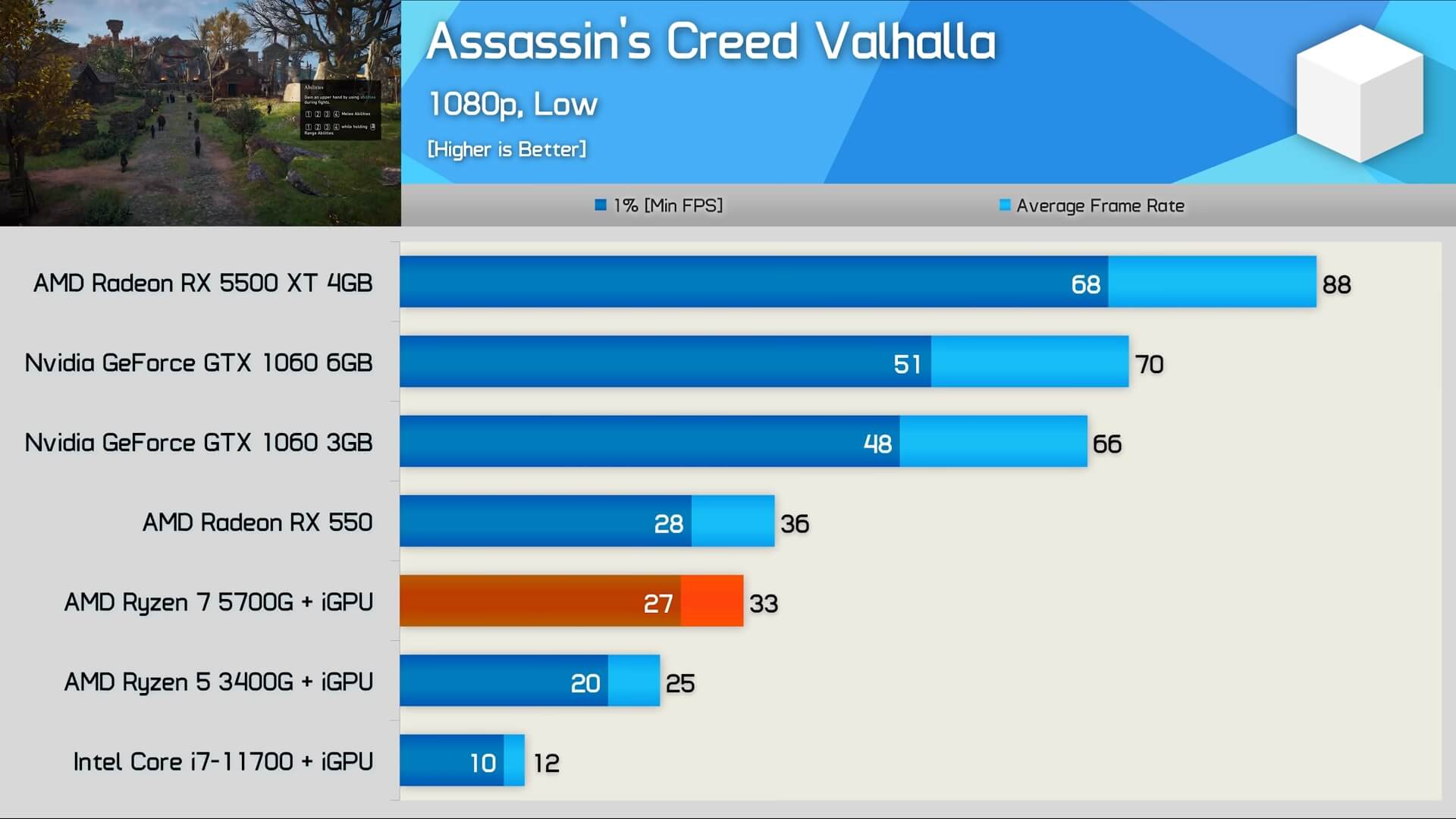 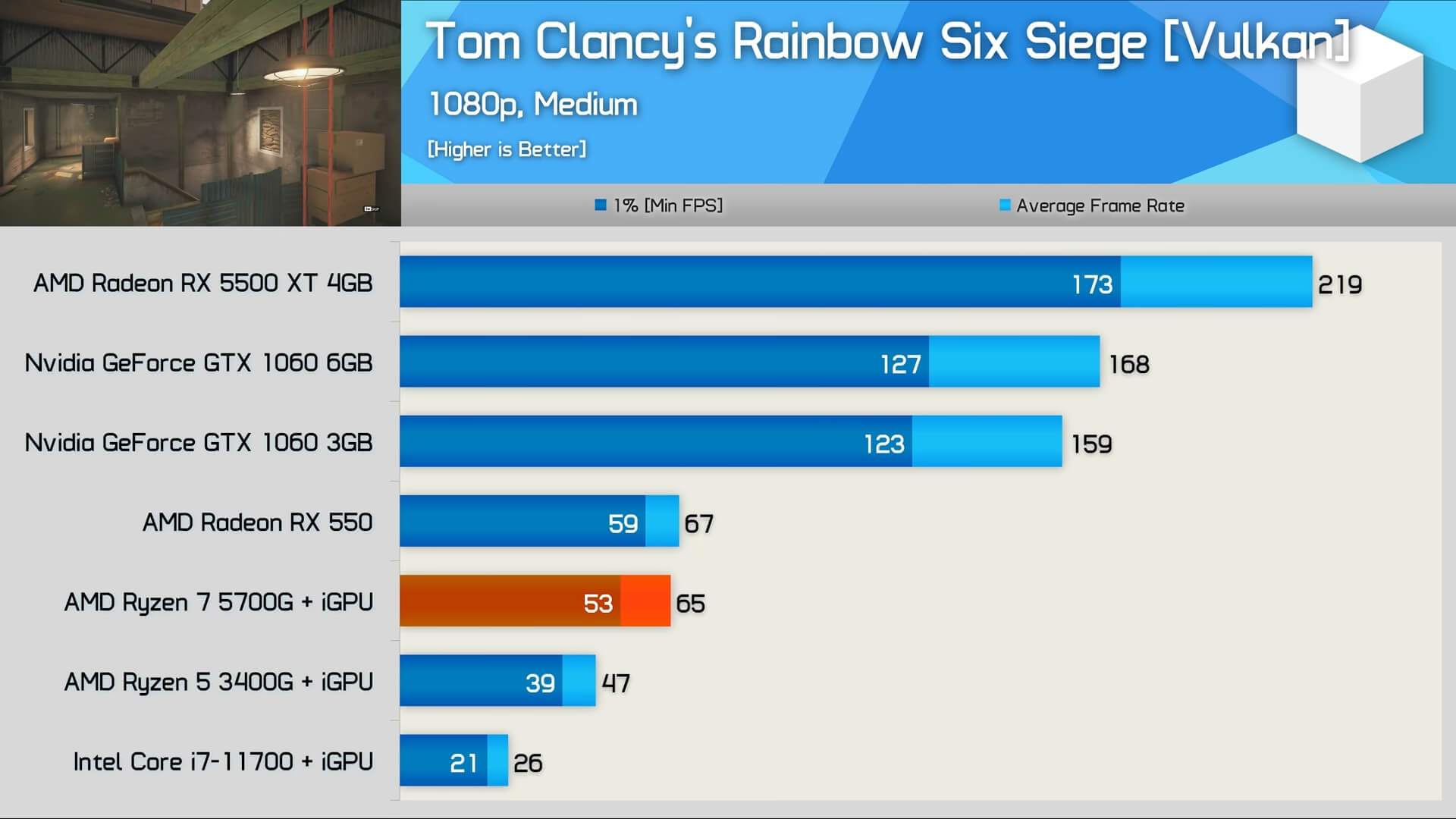 Then comes Rainbox six siege: 1080p medium at 65FPS 3400G to 16fps more. Roughly equal to rx550. There may be a slight improvement, testing 60 fps in medium settings (but that’s an esports title). 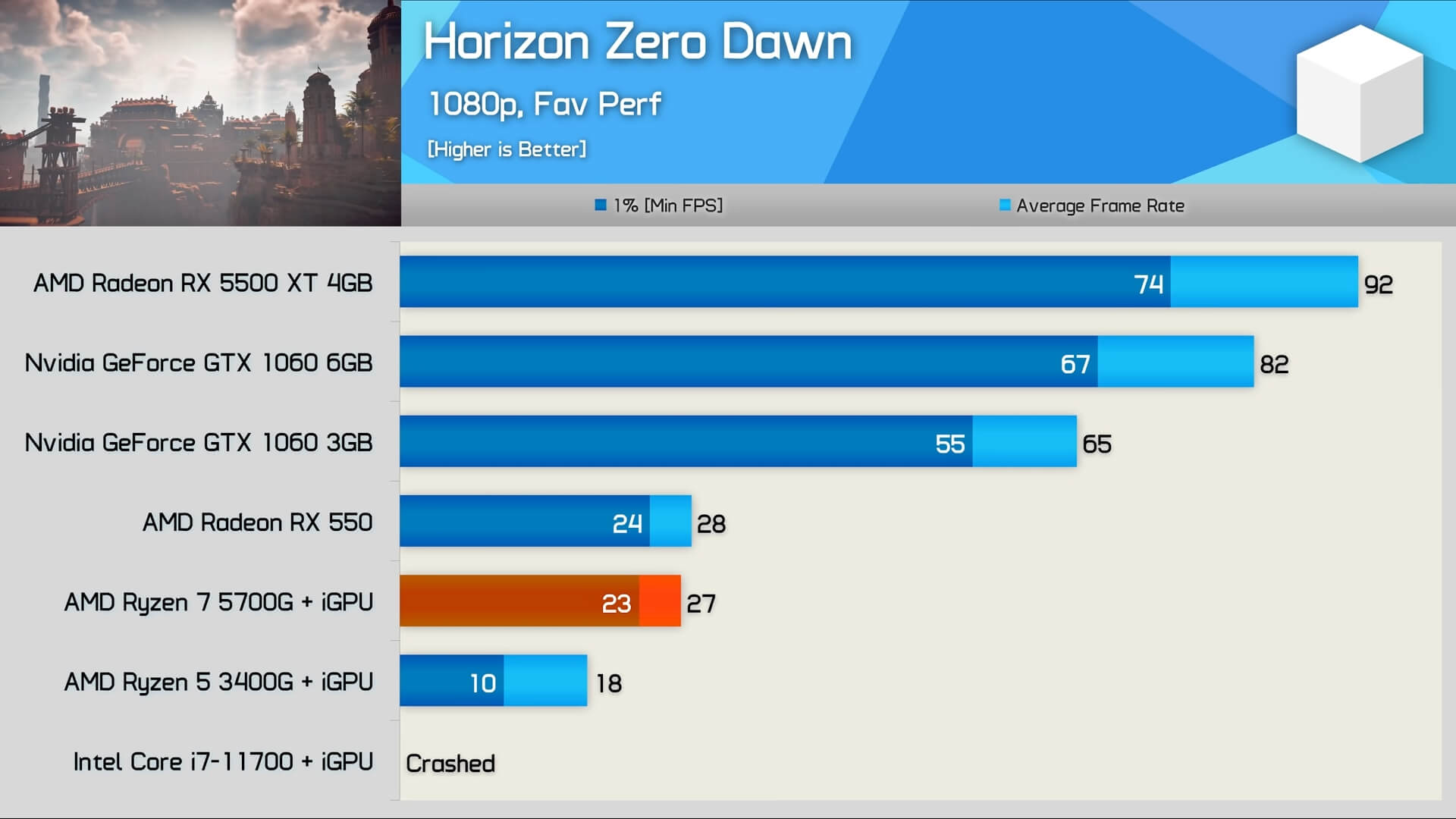 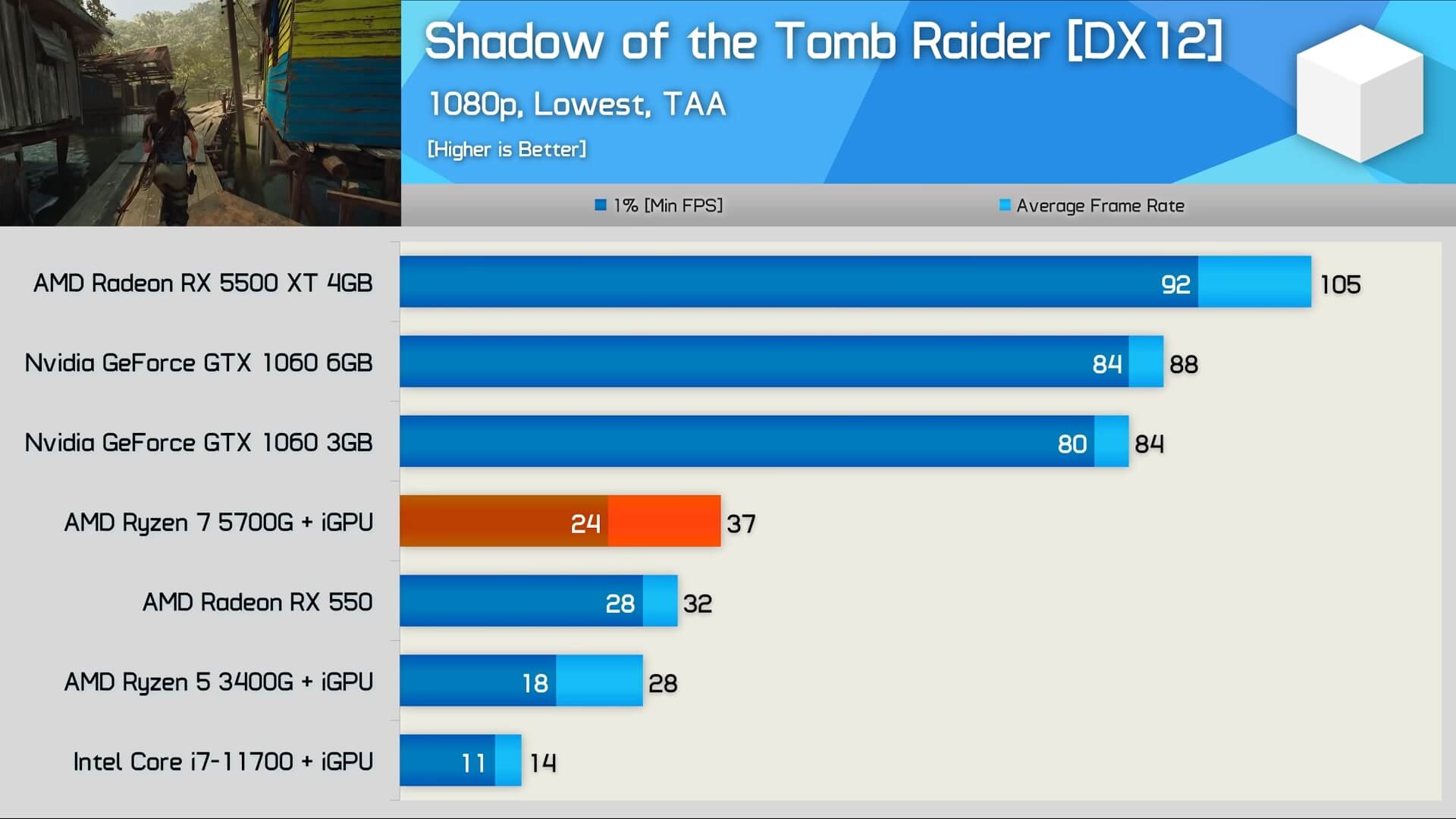 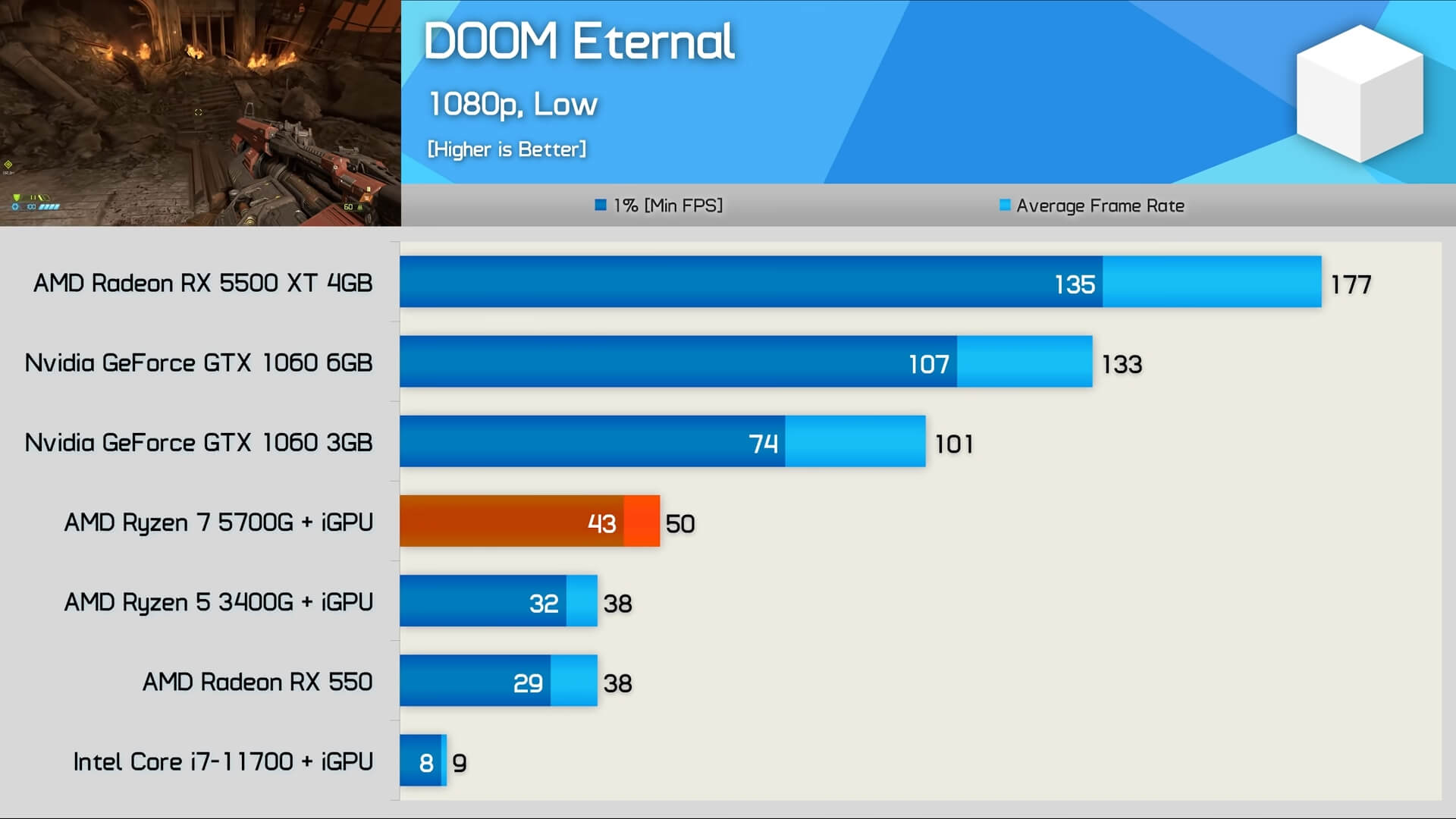 Doom Eternal 50fps low. (This game should have gotten a lot more FPS). 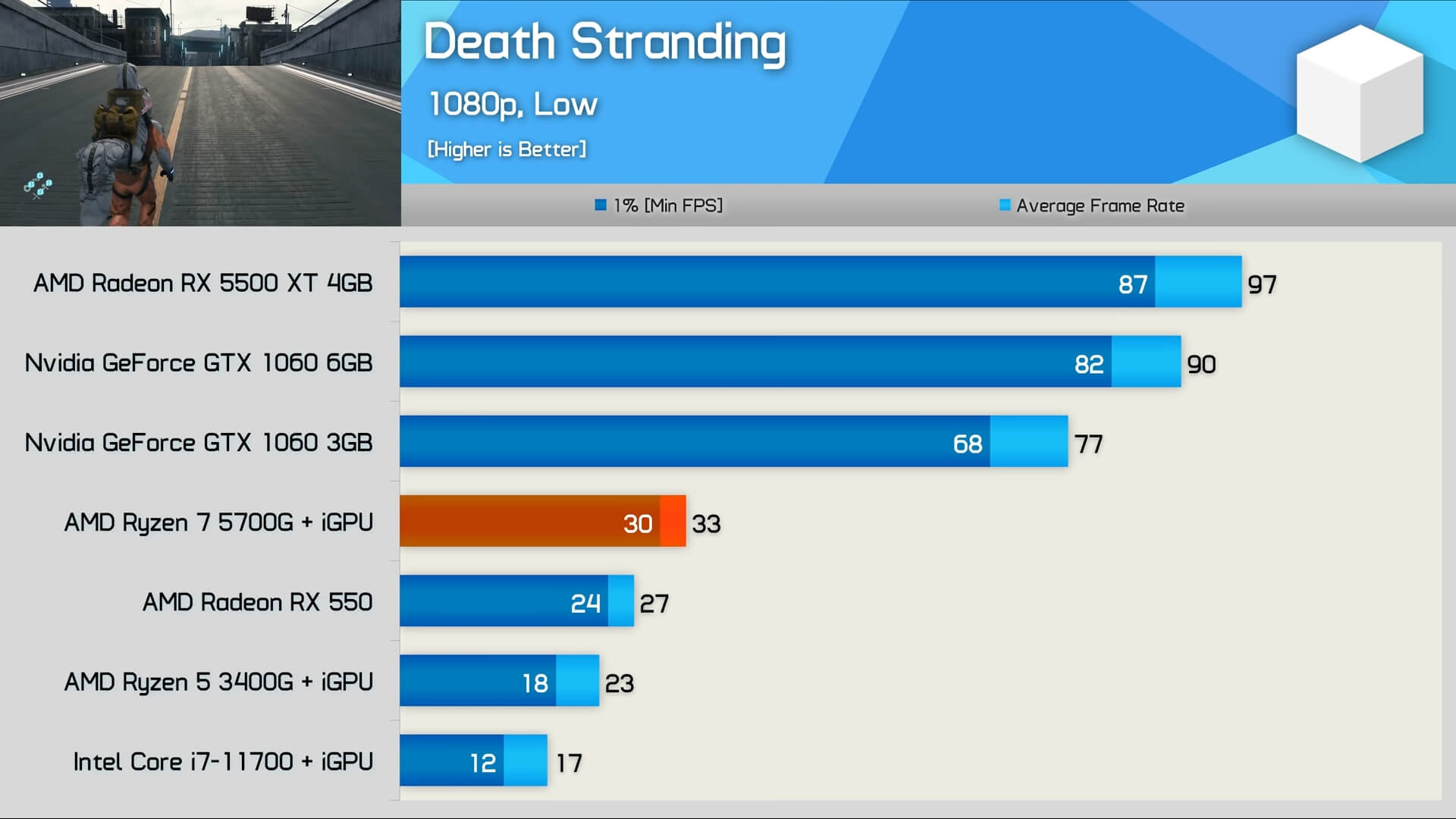 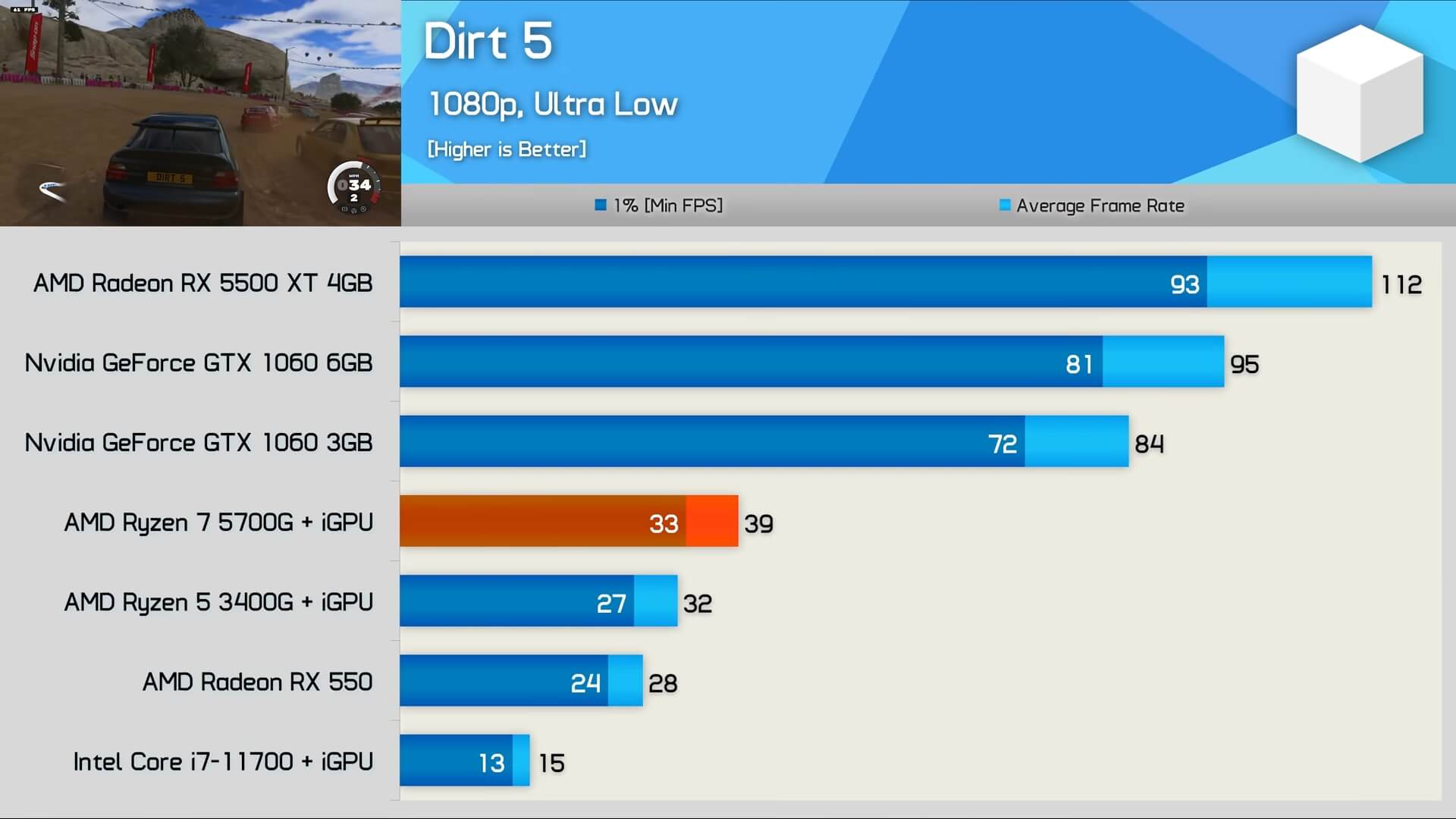 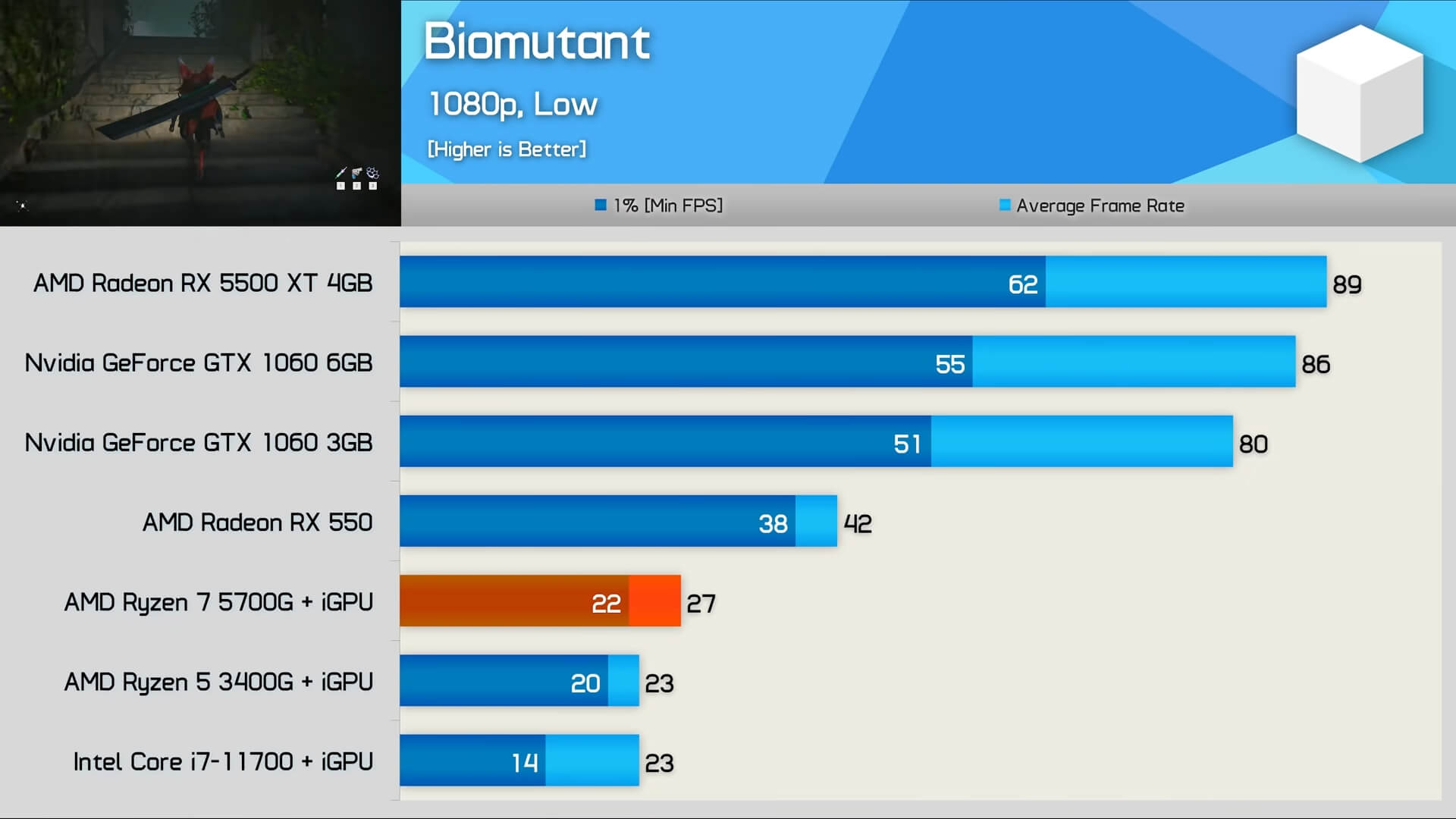 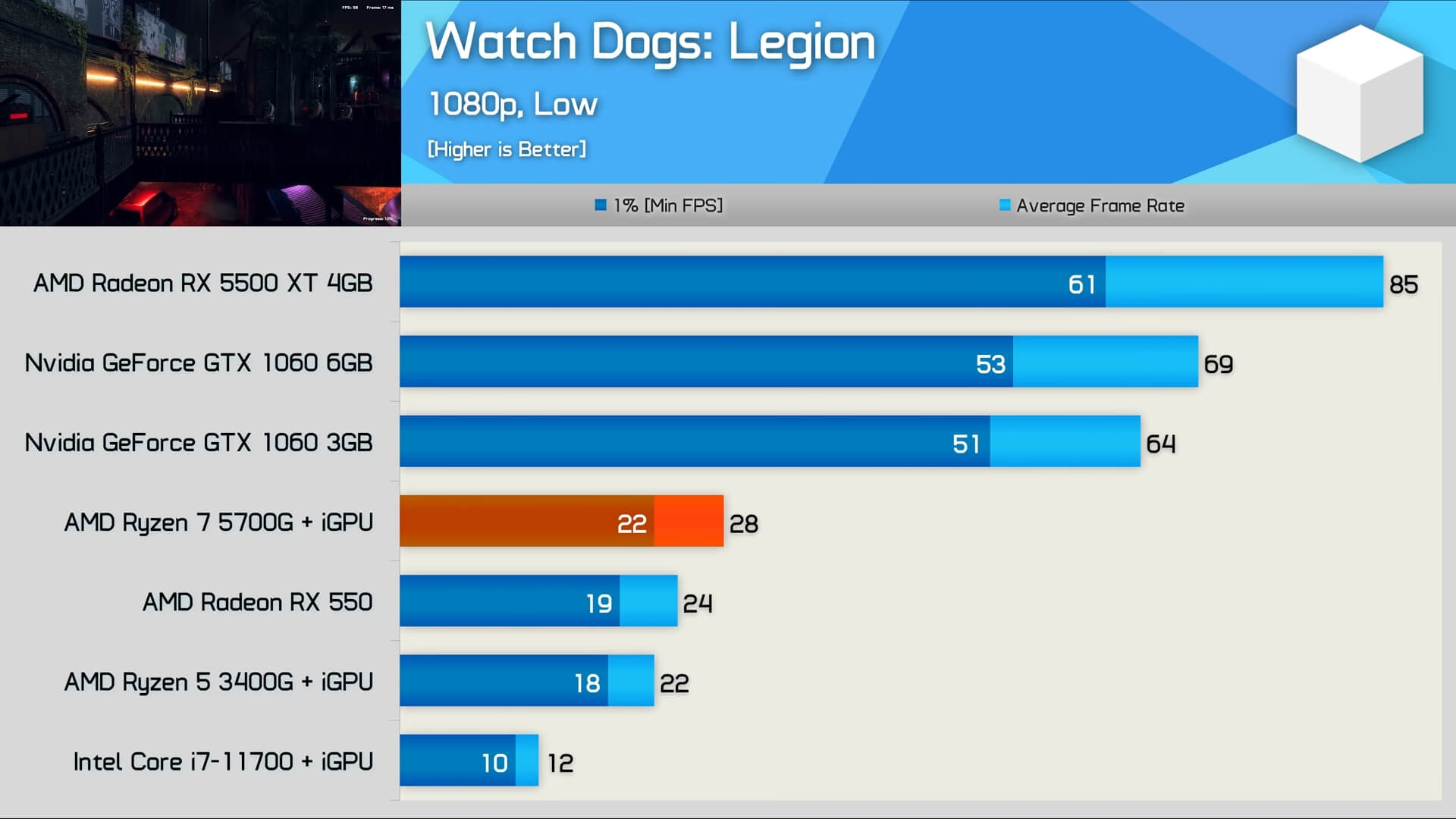 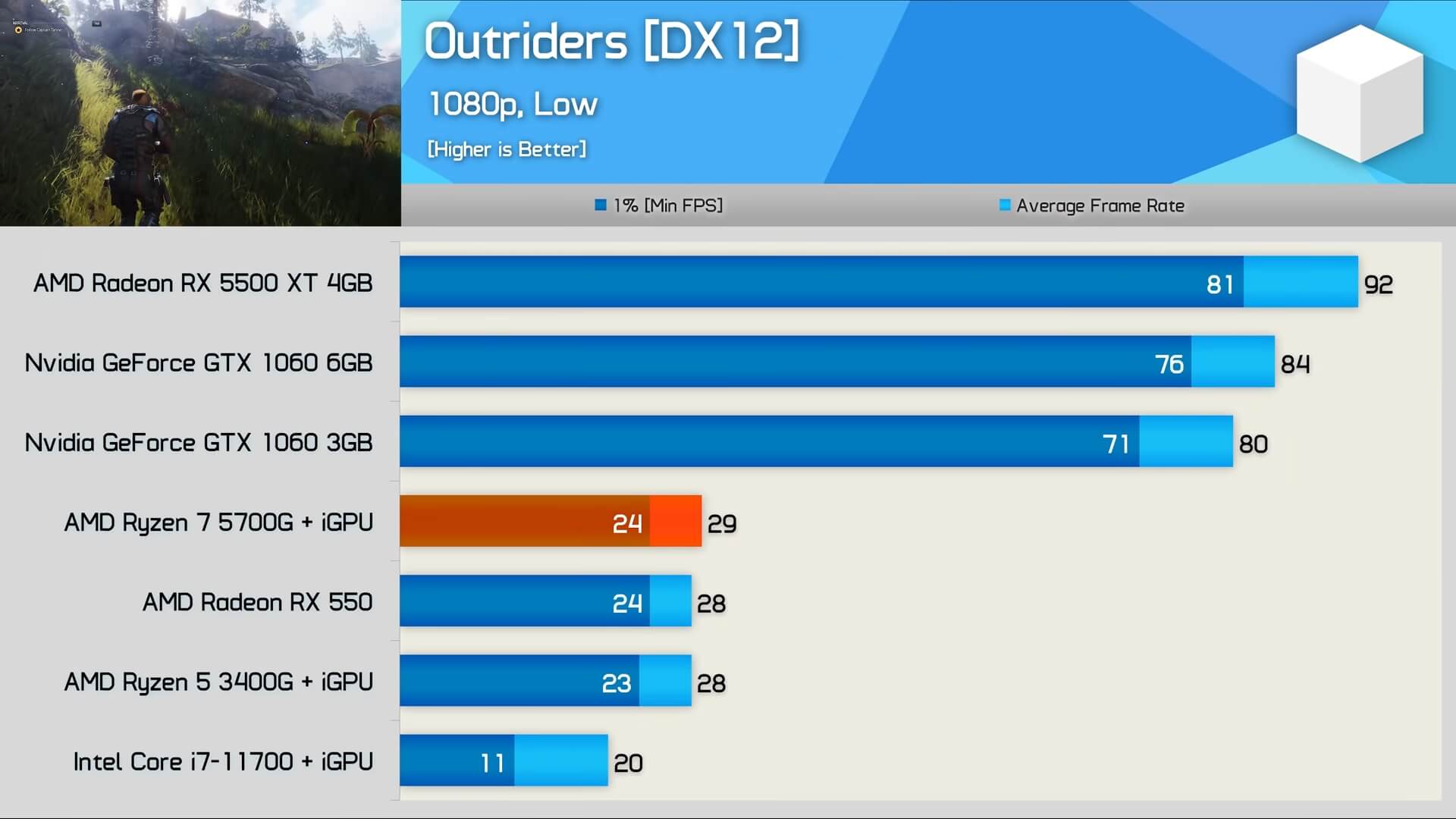 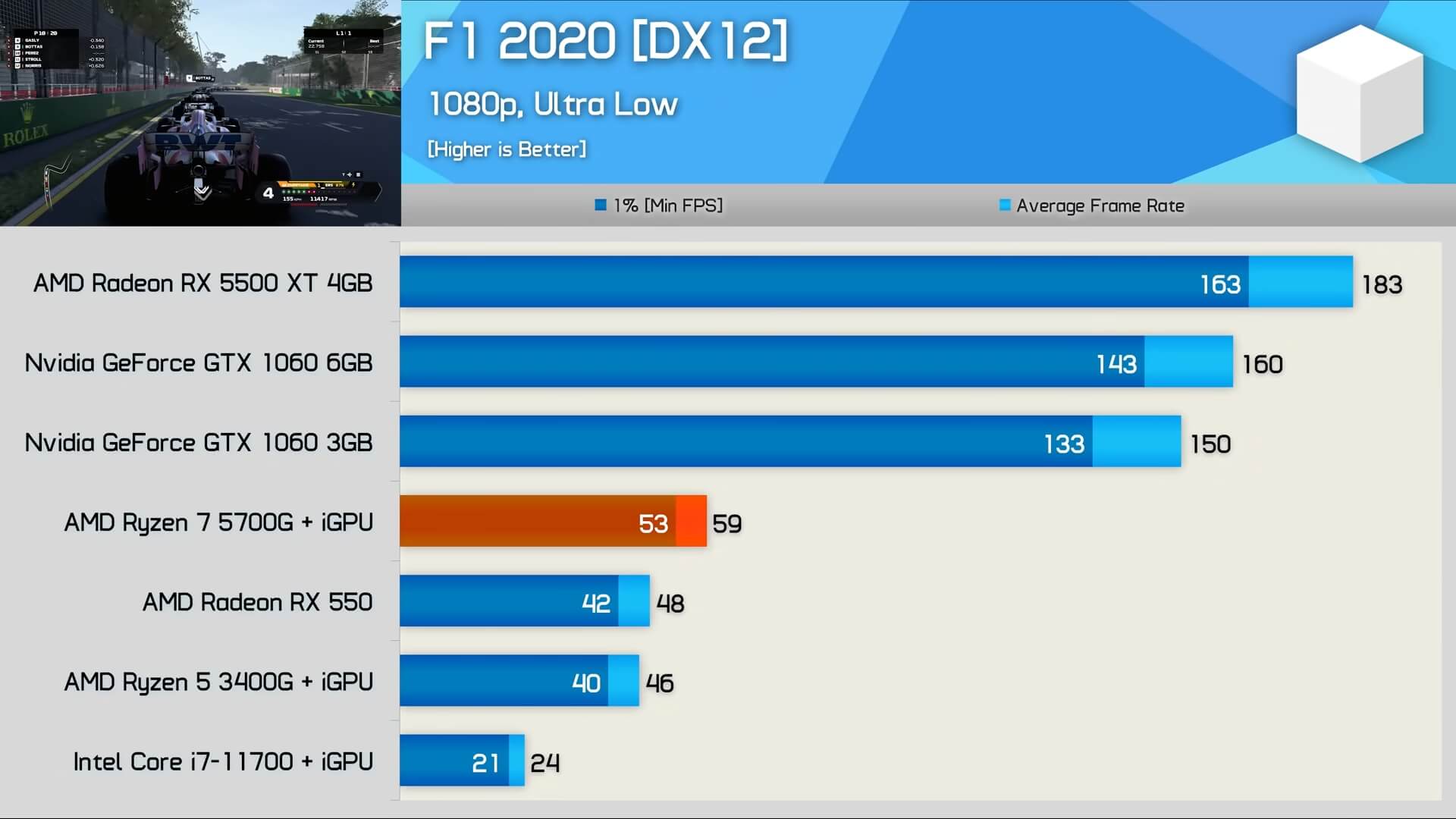 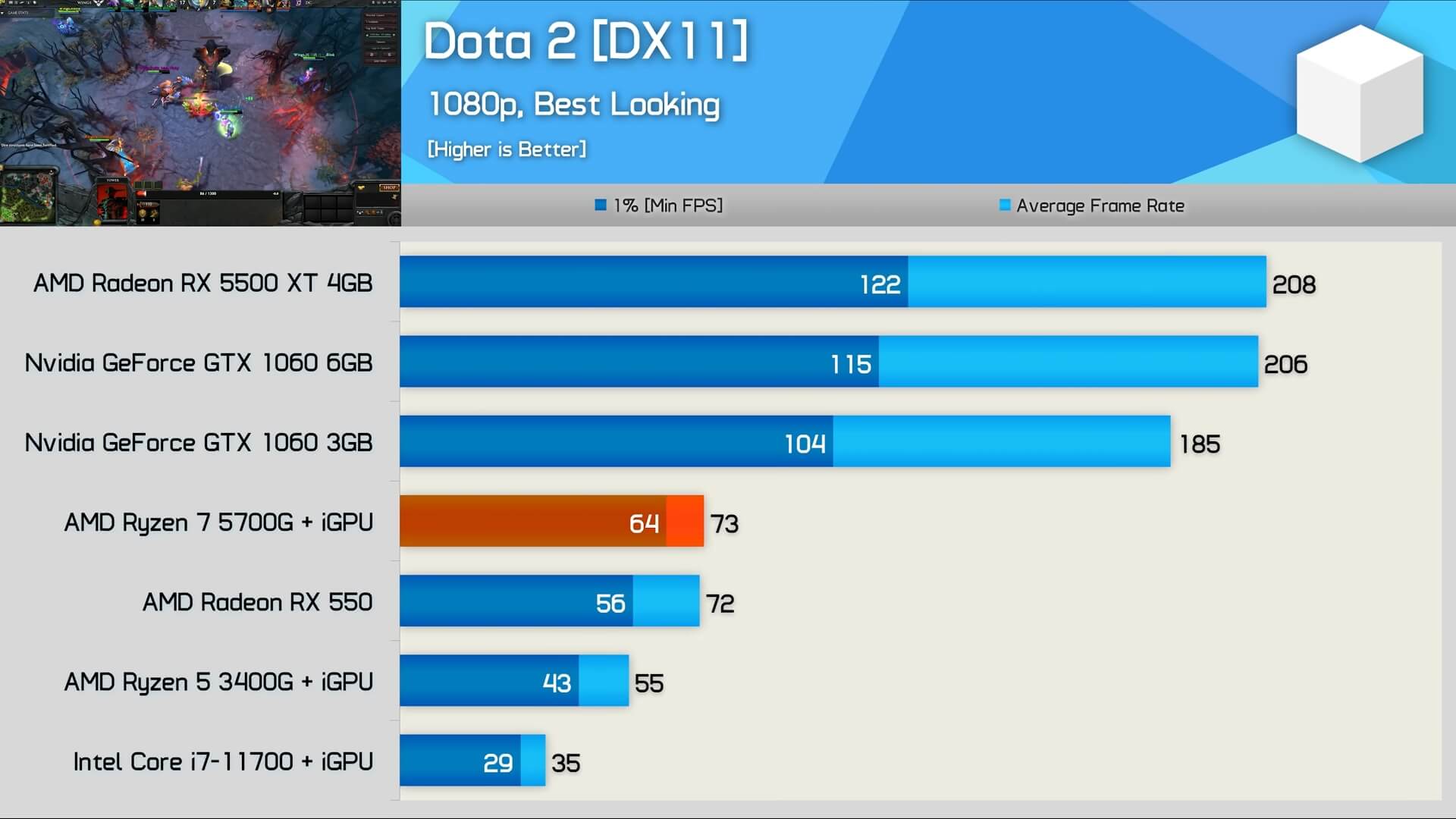 DOTA 2 best looking 1080p 73 FPS. This is the only game where 60 fps is available in quality settings. 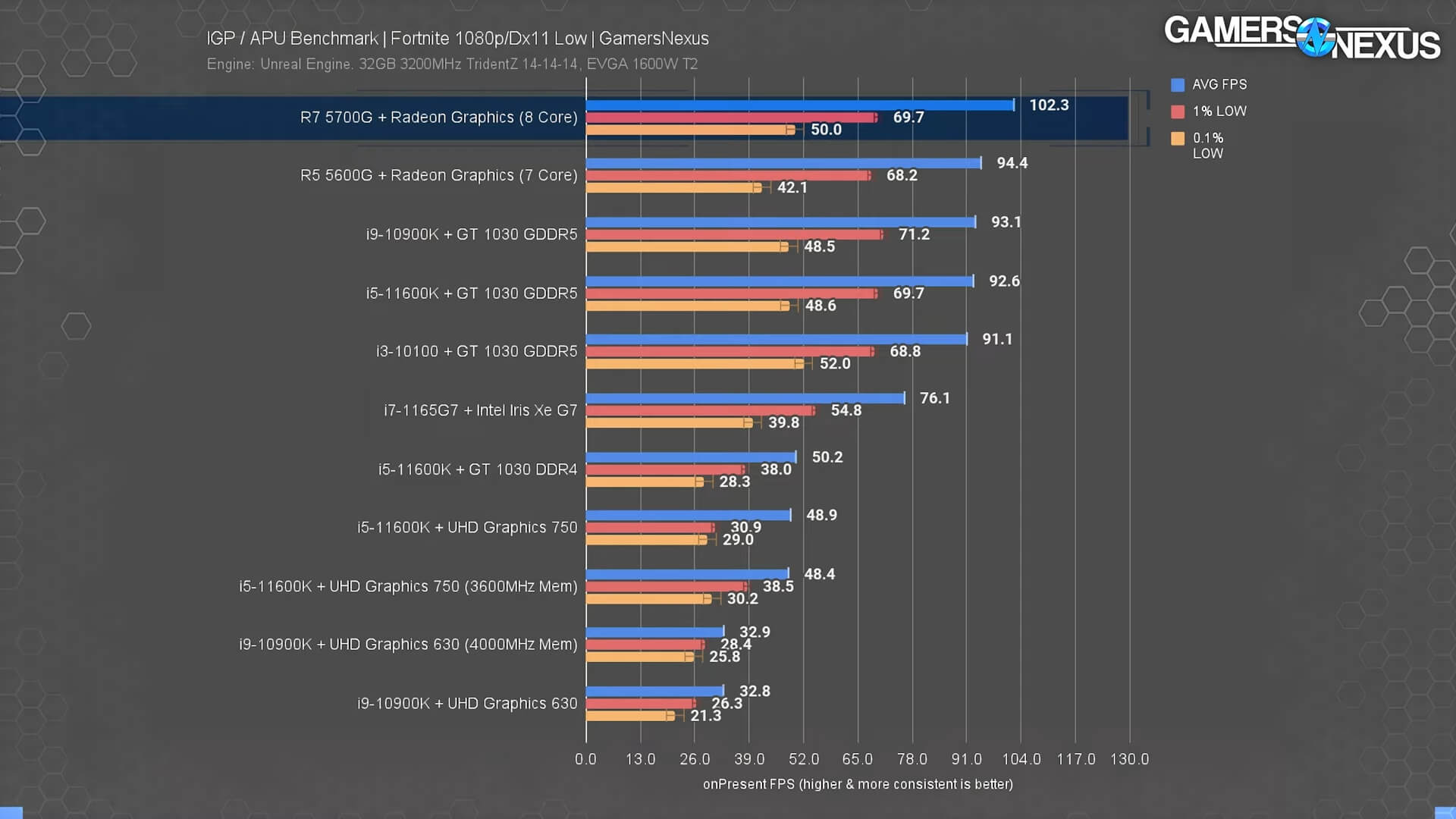 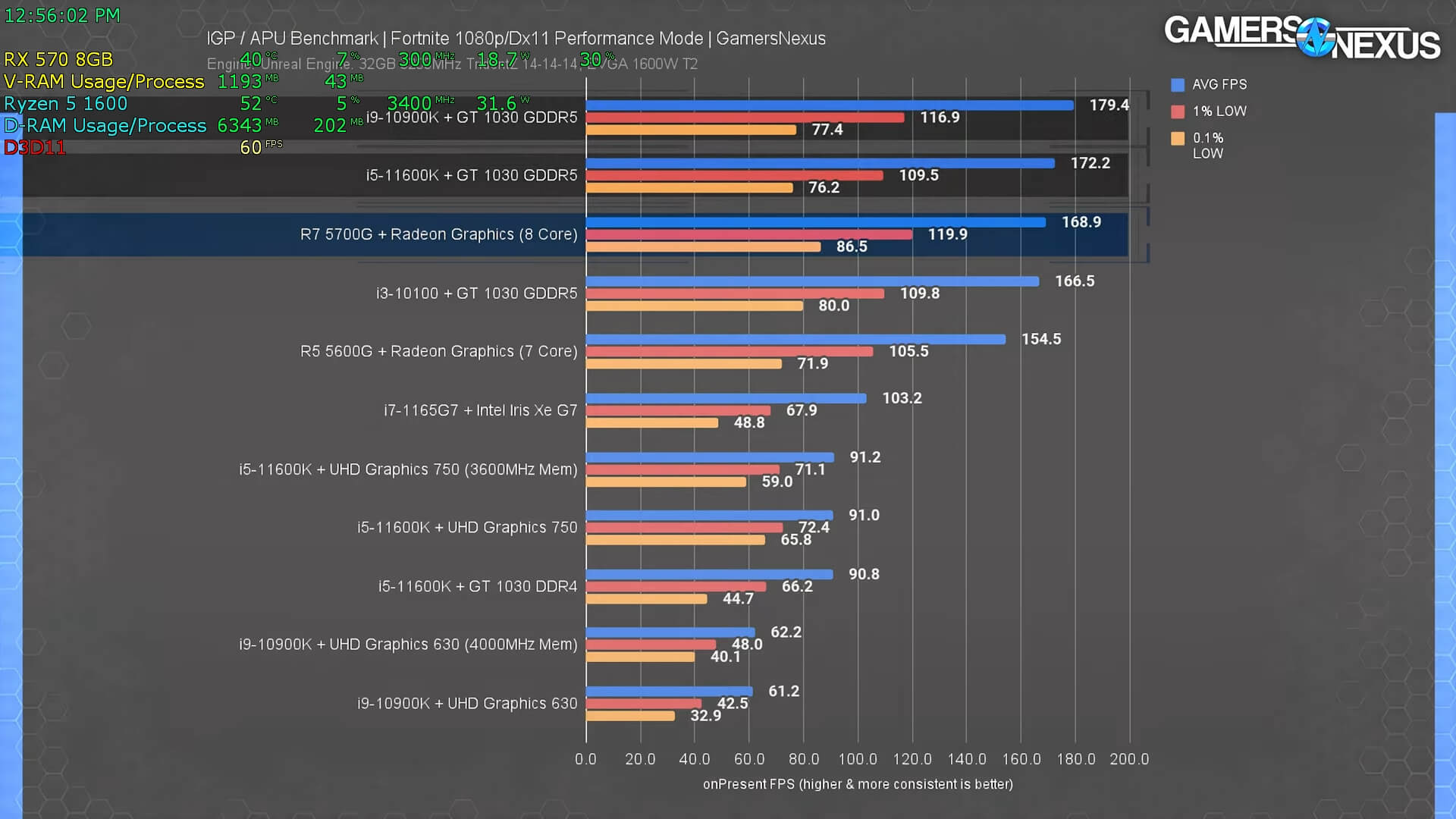 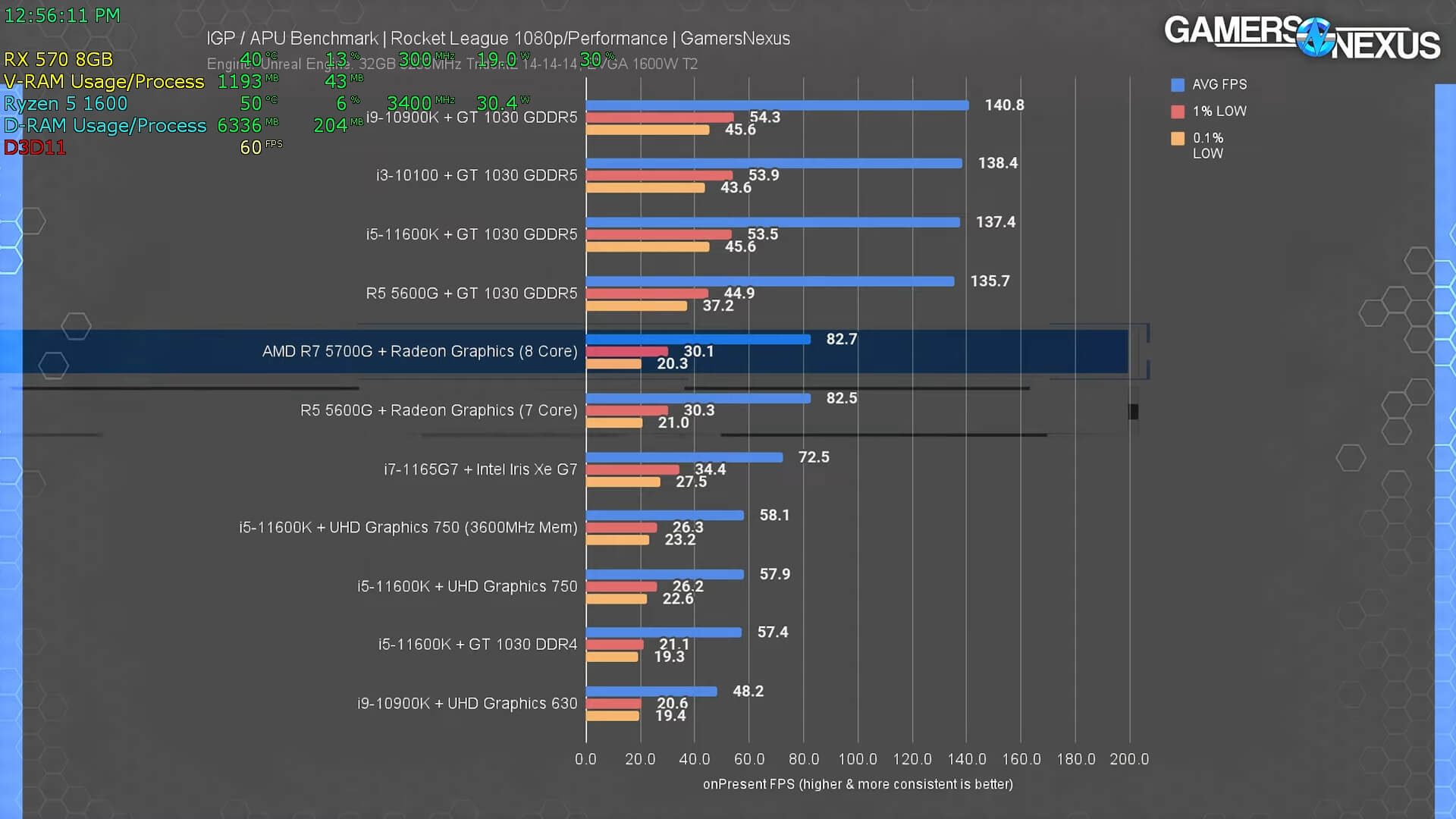 Although in games like Fifa,PES,Cricket or other online FPS, pretty high fps can be achieved in low or medium settings.

What was the reason for suggesting 3400g in 12-13 thousand budget? For lite editing and productivity and occasional gaming it was good. It could deliver 20-30/40 FPS in low settings.Even games like FIFA PES or Cricket or other online free titles could be played in low, very low or in some cases, medium settings.Means those who wish to play fps,sports games occasionally could buy it.

Roughly lite gaming could be done, although AAA games were never able to hit 40-50 fps even in low settings. In addition, 99% of AAA games were played in 1080p low, 720p low settings at lower frame rate.Means neither the games would look good, nor would be the experience.

Buying a 3400G @12/13k would have cost around 42-45k to build a PC including monitor. For many of us 40 thousand Tk is a huge amount. Imagine that you are building with 40-45k , compromising on quality and experience from day one, playing at low at 30, 20 fps. Is it really a good thing?It is said that the VEGA 11 IGPU is equal to 1030 graphics card which costs 8,9 thousand tk. In other words, many people would find comfort or argue that at 13,14 thousand you are getting an equivalent graphics card built in with a processor of 9000Tk . But if they are asked about the ability of the iGPu, whether it can give 60 fps even in low settings in AAA Games. They will be able to answer. 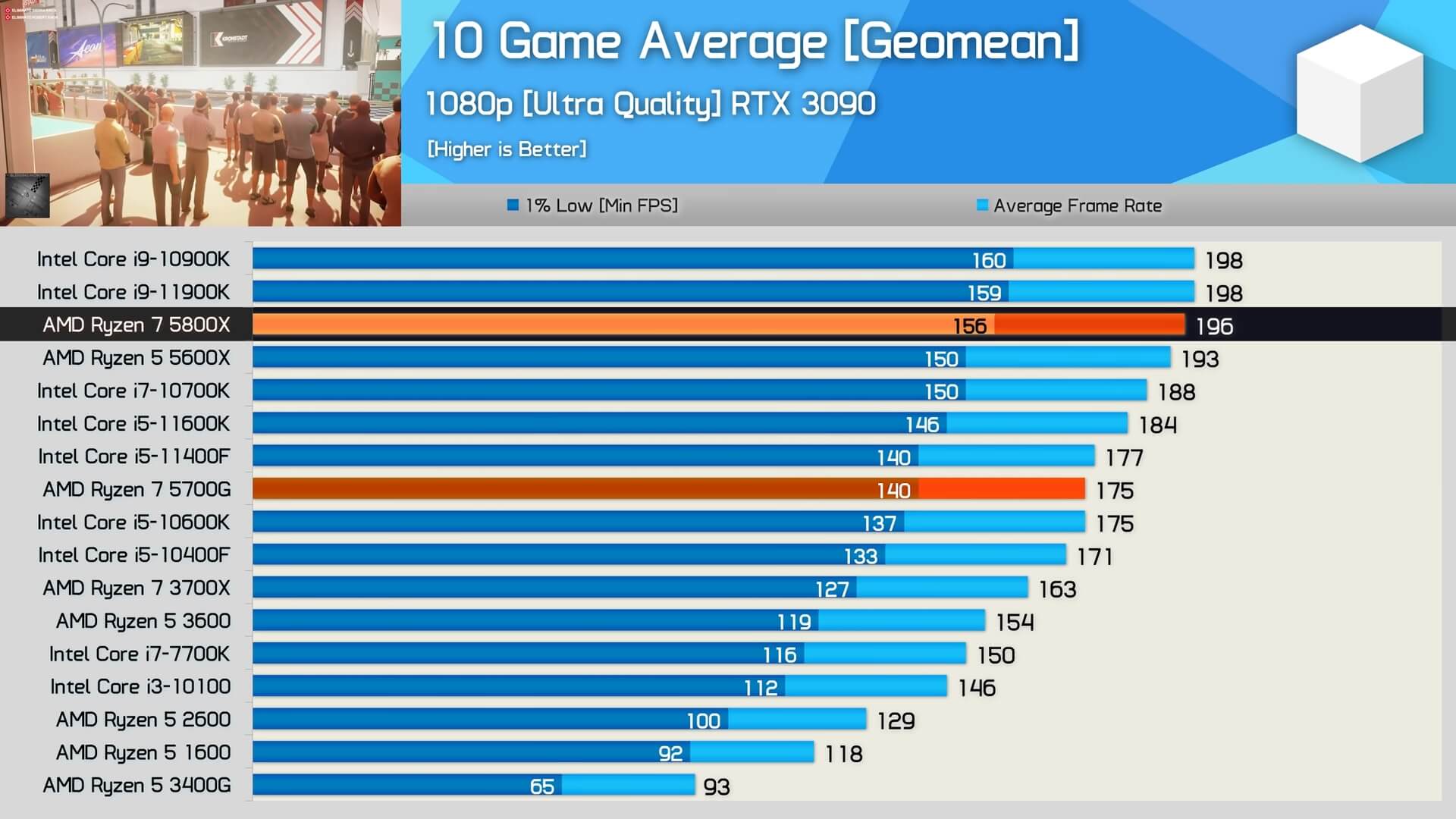 And let’s look at the processing power, excluding the internal graphics part of the 3400G, with a graphics card, that is, by disabling VEGA and comparing head to head, we could find out the processor’s capability. , Including HUB, GN), it is seen that the processing power of this processor is only equal to i3 9100f. Its level is such that no one tests it in medium, most of the time you will see it to test in low, 720p, low 1080p on YouTube.

If we look at the dGPU chart, then we may understand that as a processor the 5700g or 5600g is not that bad. Rather AMD has increased clock speeds,cores threads. But what about the iGPU?

Built with 60 thousand taka, you will play games with lag, stutters in low settings with disgusting graphics???? How reasonable is that?

what about dGPU setups? 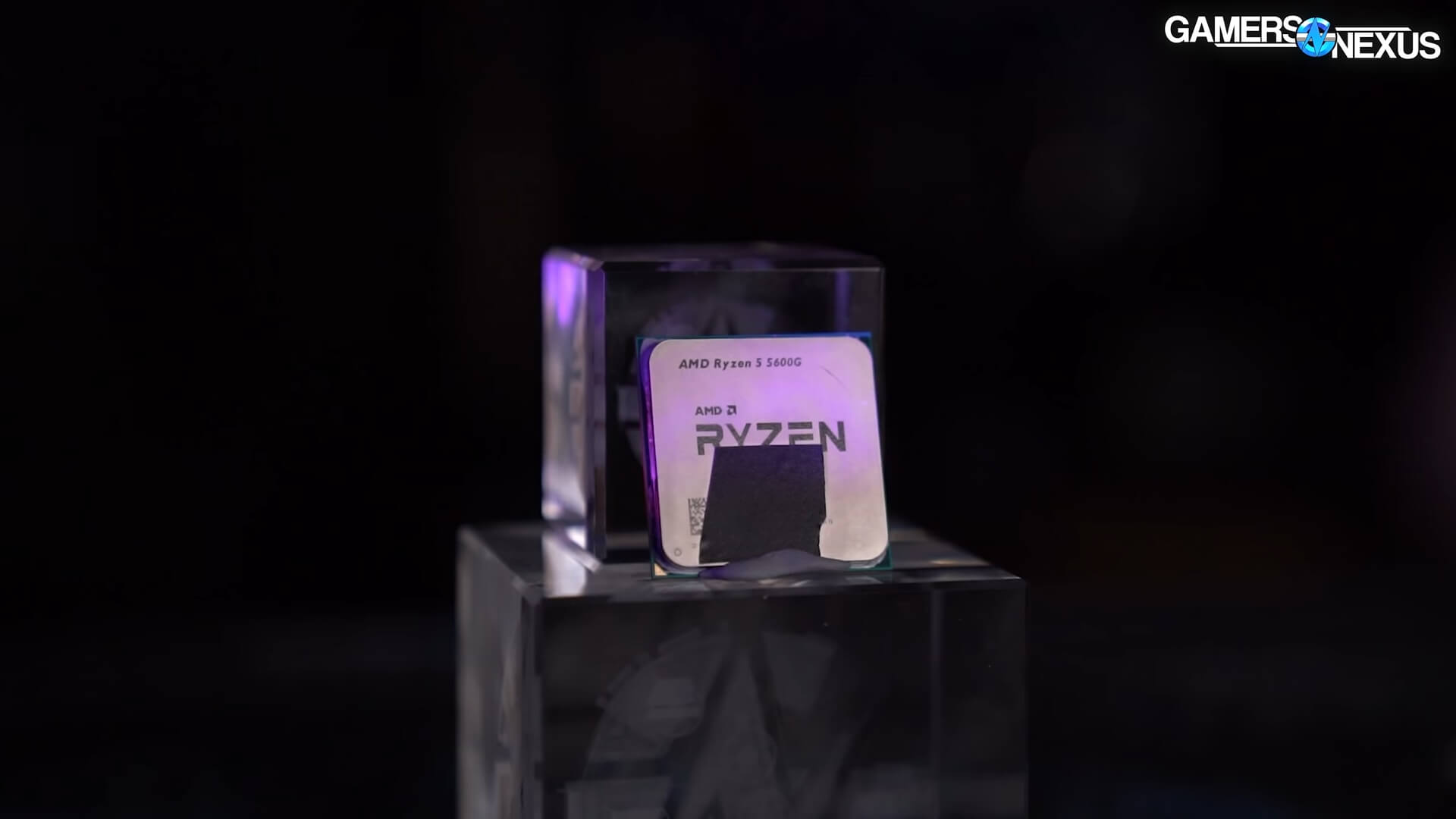 Another argument may come into play that is, currently the prices of graphics card are pretty high and unstable. Now we don’t get second hand graphics cards at low prices. But the thing is,Even if you buy a 2060 for 60k, at least from the first day you can enjoy smooth gameplay in high / ultra settings. Even if you buy a graphics card spending 3times more than msrp, that GPU can at least give you a nice experience from day one.On the other hand, even after building a PC with 50-60 thousand rupees, you are struggling from the first day and gaming. With settings at a very low / lowest, you have to achieve a framerate with a resolution of 900p / 720p.

But the processor with which you can play old games from day one in low graphics lag at 20-30 fps. What will happen in the future ???

You are spending 2x or 3x money, instead you are getting roughly 10/5/15fps more. Does this make any kind of sense?

Well when a brand highlights one of their products,Lineups,technology, flexes a lot and  proudly promotes,they should bring upgrades,better performances,better efficiency, offer better value/money ratio, isn’t it normal ?? Isn’t that what would we expect?

But after 2,3 years, what are we seeing in this new iGPU processor lineup ??? Rather the level of performance is still close and similar to 3400g. Then what the heck they had been doing in their labs and research facilities regarding this VEGA lineup? What is new in this IGPU? The main focus of the APU should be on the graphics. increment in the performance of the iGPU should be the target. But we don’t see that in reality. From a 260-360USD APU, if the graphics performance is like this, then there is no reason to take it by any means. , in reality when there is no reflection in the performance,questions may arise about how much the brands are working on development. 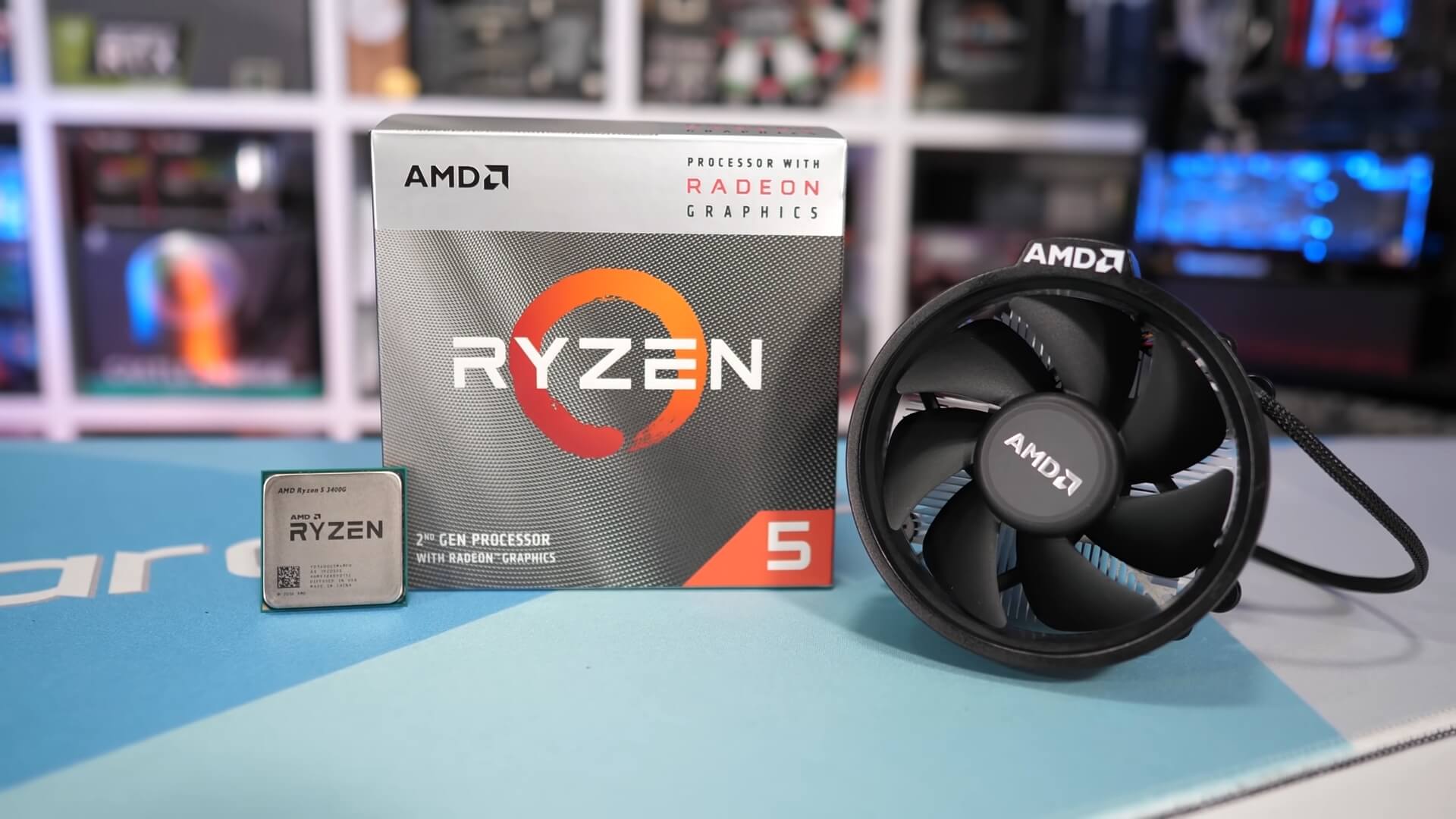 Gamers will get almost the same performance . In that case I don’t see any reason to take 5600G, 5700G instead of 3400G because the performance gain is much less than that by spending extra 100-200 dollars.

The iGPU or APU of the previous generation offered the same performance as the 1030. In that case, at least GTX 1050 Ti level performance can be expected from such  200-350USD APU. 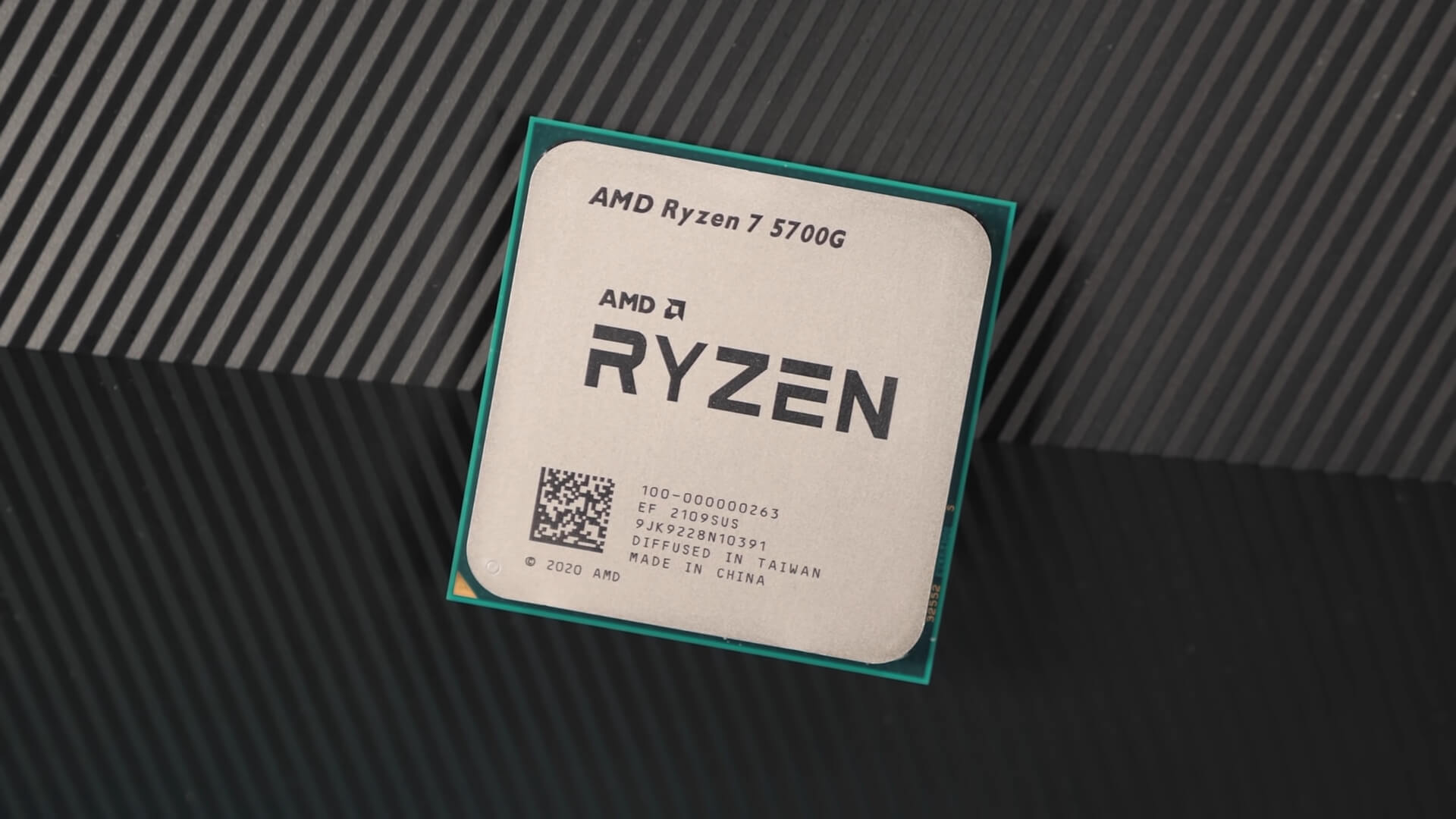 Many people may ask me if I expect performance from an internal GPU equal to the RTX 3080. Not at all, but my point is, since they launched their Next Gen APU in 2021 at a much higher price. From their new processors of course we can expect significant changes from the previous generation. What did AMD bring us after 2 years? That question remains.

In that case, are APU’s just marketing gimmick?

In some cases, the question is whether AMD’s word ‘APU’ is a complete gimmick. The only feature and success of the G series was that it offered better graphical power than Intel HD. On the other hand, it was easy for AMD as we did not see any development or progress in the iGPU segment from Intel. In the last few years, they have overtaken Intel in terms of iGPU development, but effectively their 260,360USD  APUs are not really offering anything special. On the contrary, if we had found something new in the APU segment from Intel, AMD and their APU sector would have been forced to develop further.

images are taken from the videos of Hardware Unboxed and Gamers Nexus.