Did AMD pull off an Intel? Ryzen Pricing Over The Generations

On October 8, AMD had revealed its new line of Ryzen 5000 Series processors along with their specs and prices. And after a long time, we have seen AMD increase their prices above their Intel competitors. So we believe that to be a great occasion to recap and discuss the AMD Ryzen pricings over the last few years. 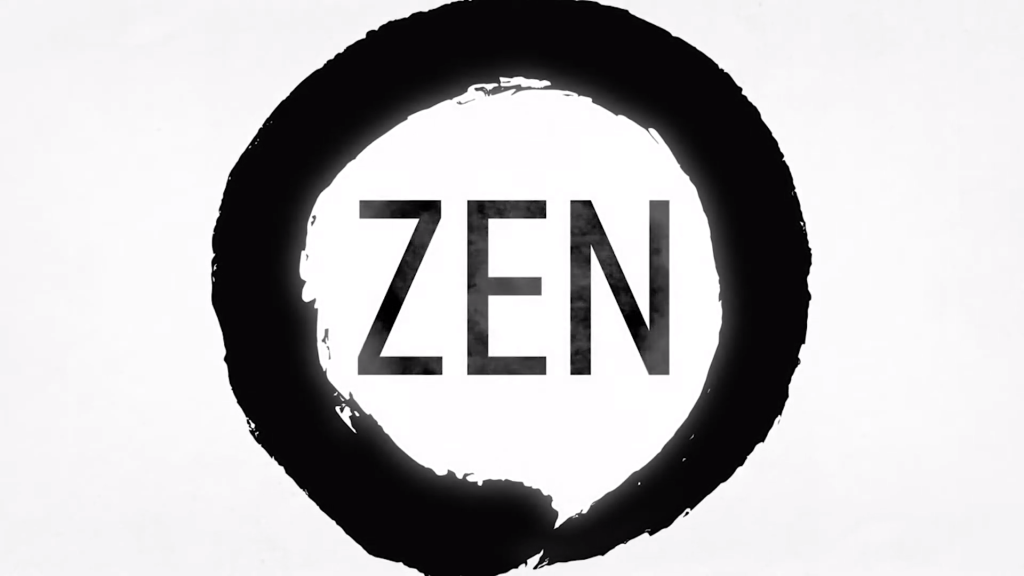 AMD made their big comeback to the mainstream desktop processor scene with their Ryzen 1000 Series which were made with their new Zen Architecture on a 12nm node. It also followed their new ‘Chiplet’ design. The pricings for the 1000 Series are as follows:

Though these processors weren’t as fast as Intel in lightly-threaded tasks like Gaming, these processors provided more cores and threads for a really competitive price. Whilst Intel were selling 4 core processors for $339(i7 7700k), you could grab a Ryzen 5 1600 for $219 and get 6 cores and 12 threads. And for $399, you could get a Ryzen 7 1700x with 8 cores and 16 threads whereas you had to buy an i7 7800x, which cost $389, if you wanted 6 cores and 12 threads while also having to buy a x299 motherboard instead of a much cheaper b350 variant for the AMD processors. All while maintaining acceptable temperatures with their included stock coolers. So this series of processors were quite appealing to people who conducted more workstation oriented tasks. 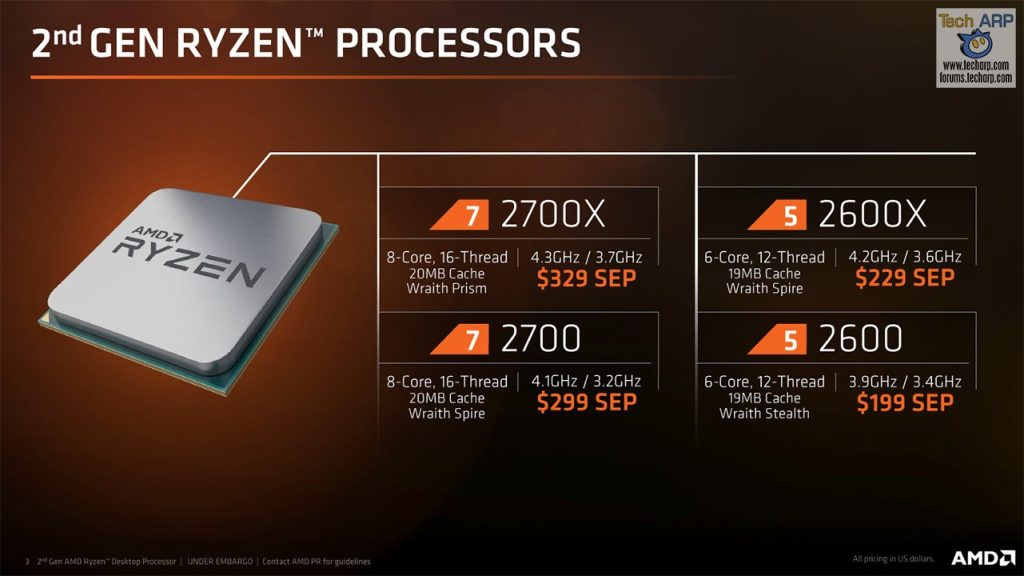 AMD followed up their first generation of Ryzen processors with their improved ‘Zen+’ architecture with a 12nm node. The pricings for the 2000 Series processors are listed below:

2000 Series processors didn’t have much of a performance gain over their predecessors but because of the way these chips were made, AMD managed to provide the same or 2-3% better performance over last generation while costing much lower than that of the previous generation. This made the 2000 Series a great choice for people who were looking to build a PC that performs quite well within an affordable budget. The 2600 cost $50 less than the 1600x and the 2700 cost $100 less than the 1700x while maintaining the same performance. And Intel followed their trend of remaining above Ryzen in terms of lightly threaded workloads in the same price range as AMD but providing less cores and threads. The i7 8700k cost $369, with only 6 cores and 12 threads but came out as a beast gaming cpu of that time. While you could get a i5 8400 with 6 cores and 6 threads, for the same price of a Ryzen 5 2600. And 2000 Series processors had a massive price drop before the launch of the 3000 Series, again making it a great choice for budget PCs. 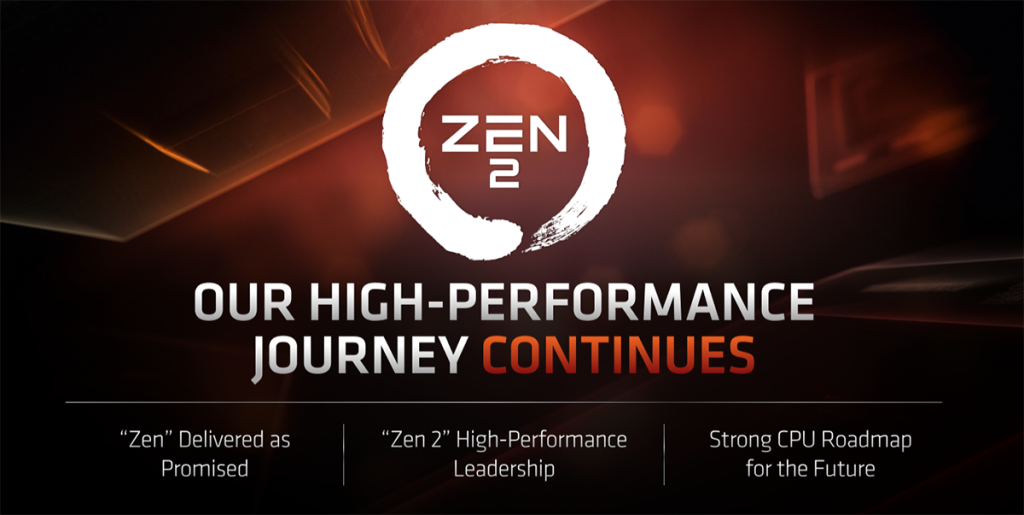 On August 7, 2019, AMD released the Ryzen 3000 Series processors. These were made with an advanced ‘Zen 2’ architecture and a revolutionary 7nm node. The pricings for these are as follows:

Ryzen 3000 Series was a huge advancement for AMD. The 3000 Series performed much better than its predecessors, while maintaining the same launch price as last time. It had a 13% IPC improvement and double the cache size and floating point performance. Ryzen had completely beaten Intel this time, by providing just a bit less fps than the Intel competitor CPUs. The $499 3900x came with 12 cores and 24 threads while the similarly priced i9 9900k only came with 8 cores and 16 threads(though it boasted higher base and boost clocks). The Ryzen 5 3600 was a huge hit among the common PC enthusiasts with its 6 core and 12 threads and great gaming performance while its competitor, the i5 9400f, only had 6 cores and 6 threads. And before the whole Covid-19 situation, the prices dropped so much that Intel wasn’t even in consideration for PC builds except for the 9900k which catered to the hardcore gamers. The 750$ Ryzen 9 3950x with 16 cores and 32 threads was unmatched to any Intel CPU and it was a nice choice for people who had a good amount of money to spare.

AMD just recently announced their new Ryzen 5000 Series of processors, with the ‘Zen 3’, ‘7nm+’ architecture. The prices of these processors are:

The 5000 Series is the biggest performance improvement of AMD in the Ryzen Series. It has a 19% IPC improvement meaning it can perform more calculation at a time. It retains the same core and thread count of its predecessors while upping the launch price by $50 for all of them. This new line up has caught up quite well with Intel as we can see from the benchmarks they have showed for the 5900x against the Intel i9 10900k. The 5900x costs $50 more than the 10900k while having 2 more cores and 4 more threads. The 5950x is said to be the best of both of worlds with 16 cores and 32 threads and improved gaming performance. And as many have said, AMD may have completely beaten Intel this time. 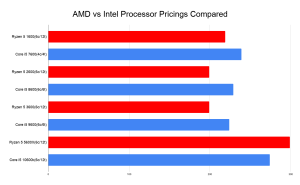 In this simple chart above, we can see how AMD has always provided much more performance, though not faster, over the Intel processors of the same price range. Just like this, we have seen AMD provide great value-for-money options for budget PC builders over the years. And they had to price their CPUs in this way after they fell really far behind Intel with their FX series of processors. But with their Ryzen processors, AMD has slowly gained their position back at the top beating Intel with their new and improved engineering advances. And after ensuring their place, AMD has done what any other company would do, and have increased their prices. And while it may not be as cheap as the previous generations, we can expect the same price-to-performance ratio as we have always seen from AMD with their Ryzen 5000 Series processors.