Steamboy: Made In Bangladesh

For all techies and enthusiasts, we are(PC Builder Bangladesh) presenting one of our mega pc build which is about $8000 USD worth of gaming pc; where passions and creativity made a dream real.

The owner of the build is an Esports Player in the profession and also a PC enthusiast. He has been playing games for almost 20 years with experience of 10 years in the competitive gaming sector. Interestingly, he wants to be anonymous and thinks this identity is enough for the audience. After the video had been uploaded, on the local media, he gained some names like “Kudan Bhai (Kudan Bro)“, “Esports Gamer Bhai(Esports Gamer Bro)“.

And for accomplishing his dream build, The owner chooses PC Builder Bangladesh without hesitation. The project was led by Mahbub Alam Rakib Who is a famous and experienced PC builder in Bangladesh. You may know it,  previously, PCB BD has done some amazing works in Bangladesh.

Why the name “Steamboy” : The theme of the build 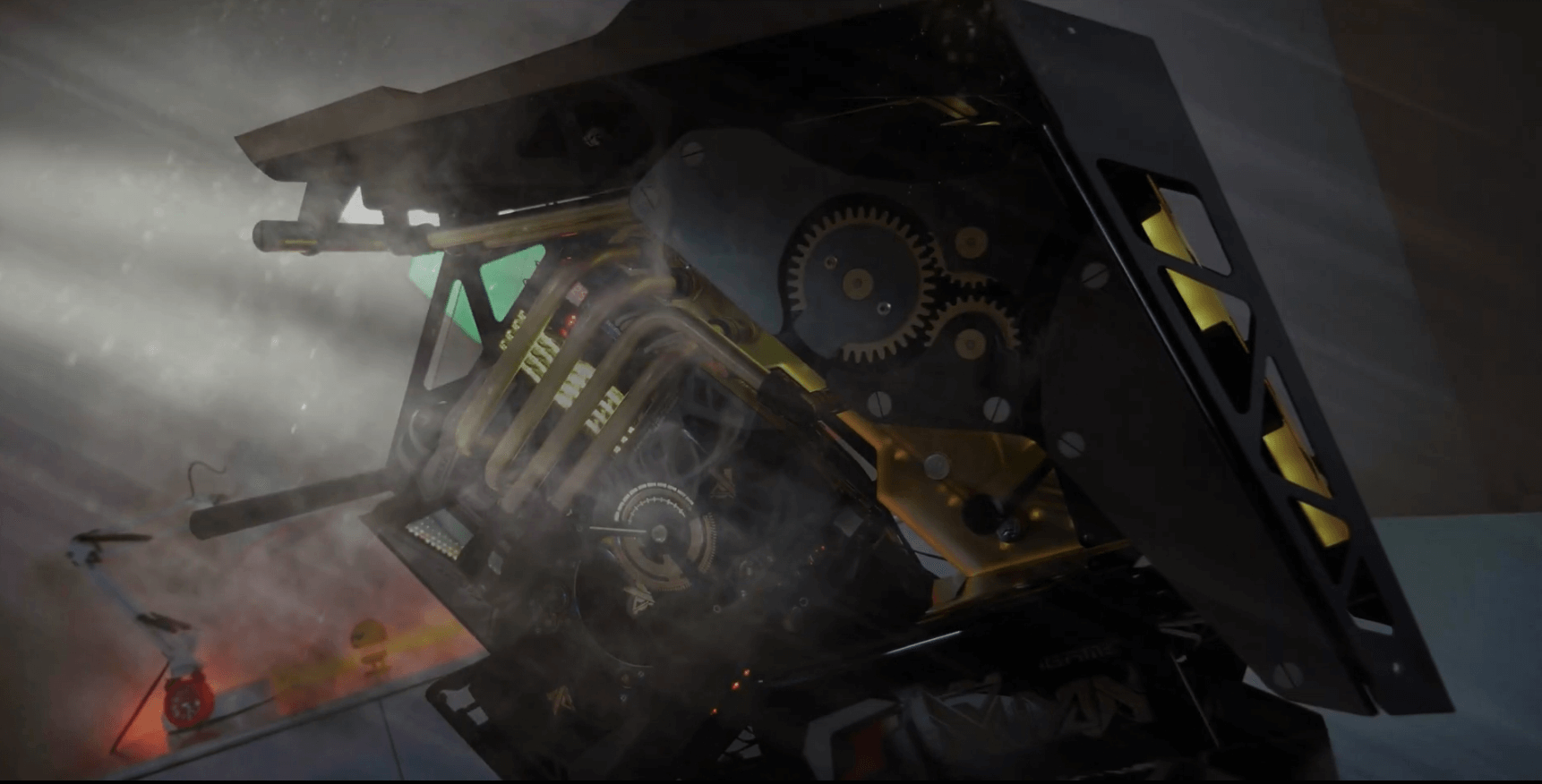 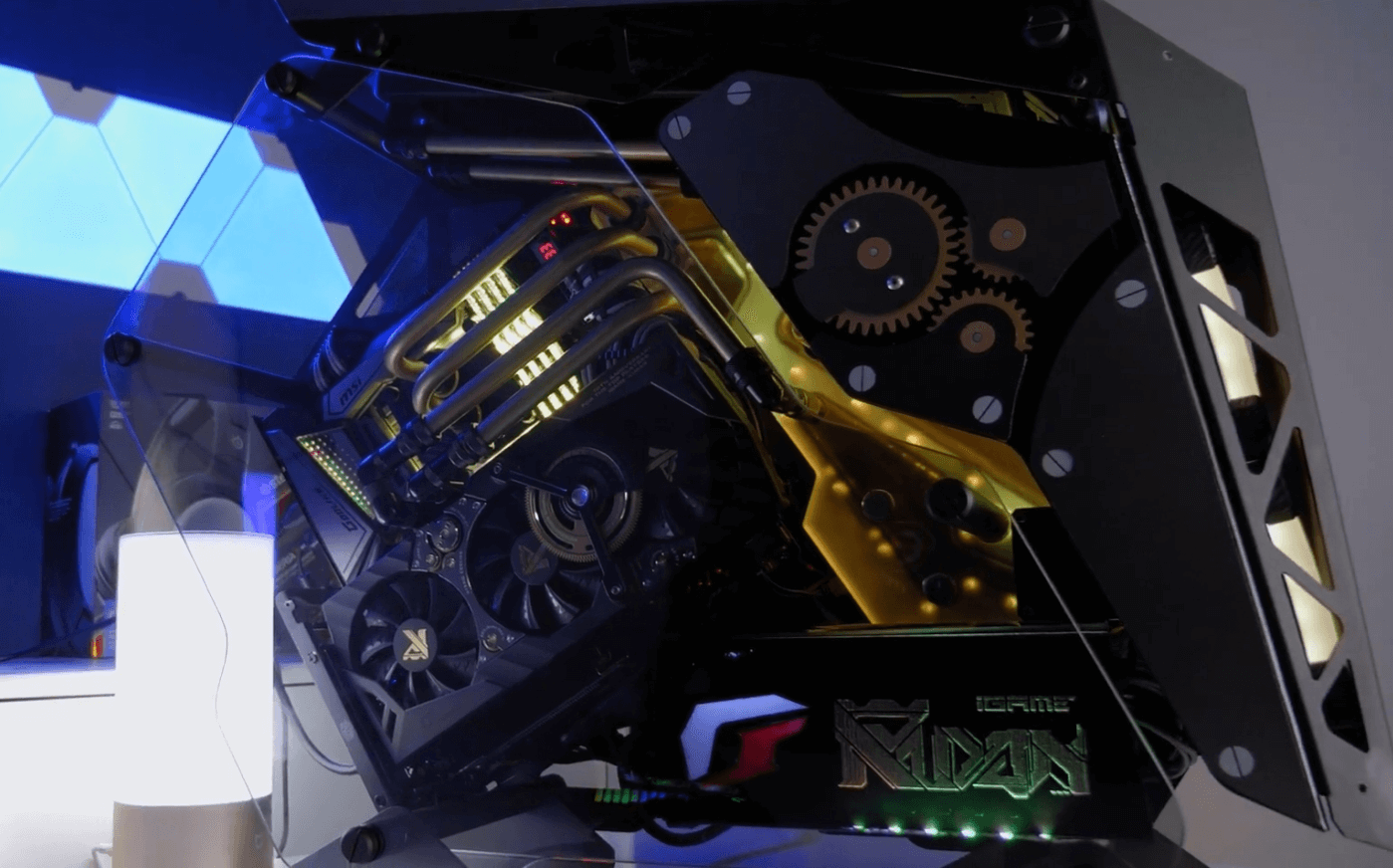 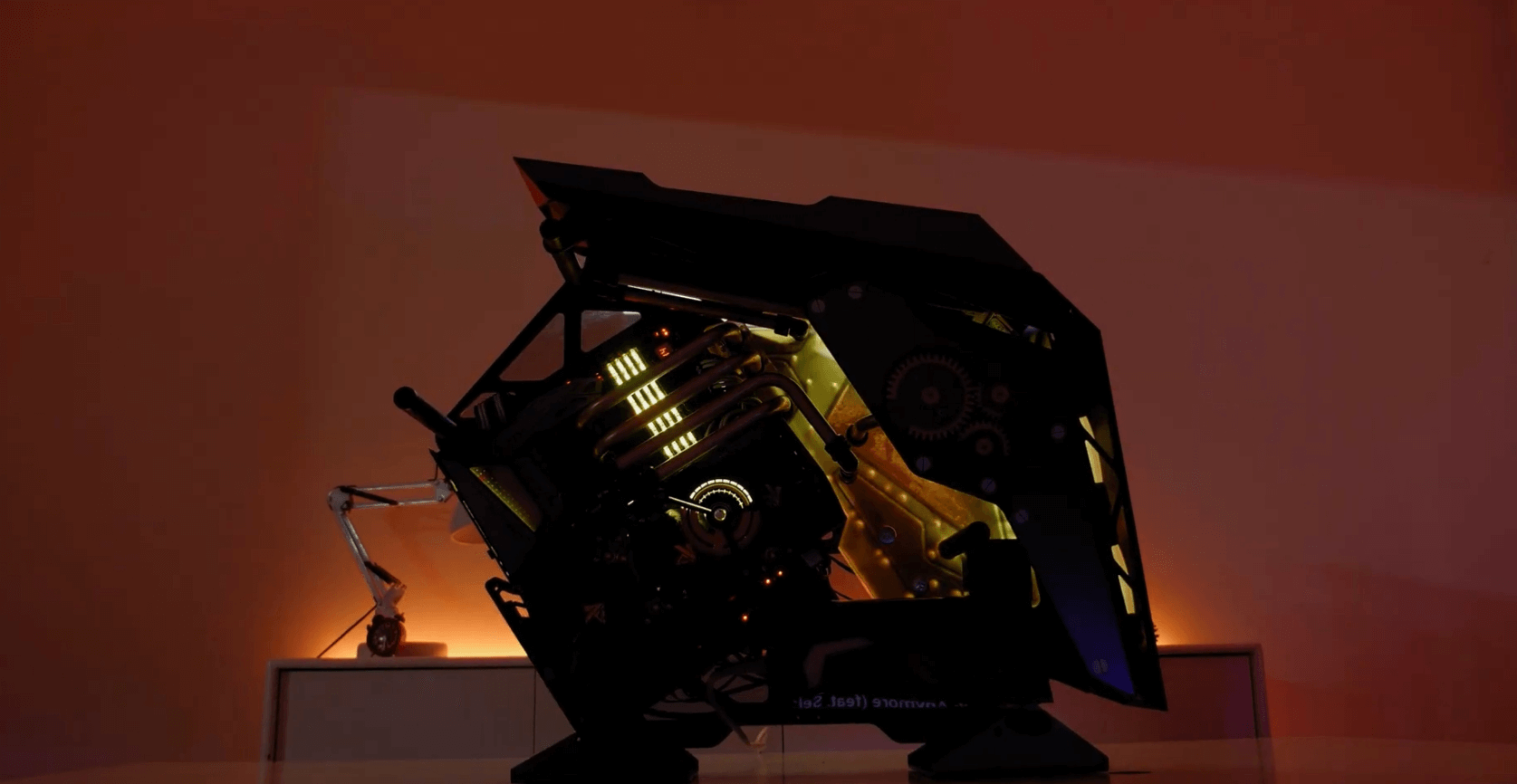 Maybe all of us have heard the name of SteamPunk. Contents, mainly science fiction inspired by 19th-century industrial steam-powered machinery have been popular in the world of entertainment and art for a long time. There exist a lot of movies, anime, comics, and other entertaining contents, arts on Steampunk. There is also a movie called Steamboy which is based on this. We have tried to push our creativity level to match with this popular and old subgenre and thus tried to express it in a different way. Our build is inspired by this movie. Even the build name follows it. In every inch of the build, you will able to relate the build with Steampunk. Starting from the side panel, the custom cooling threads to the GPU itself, the theme was indeed present. 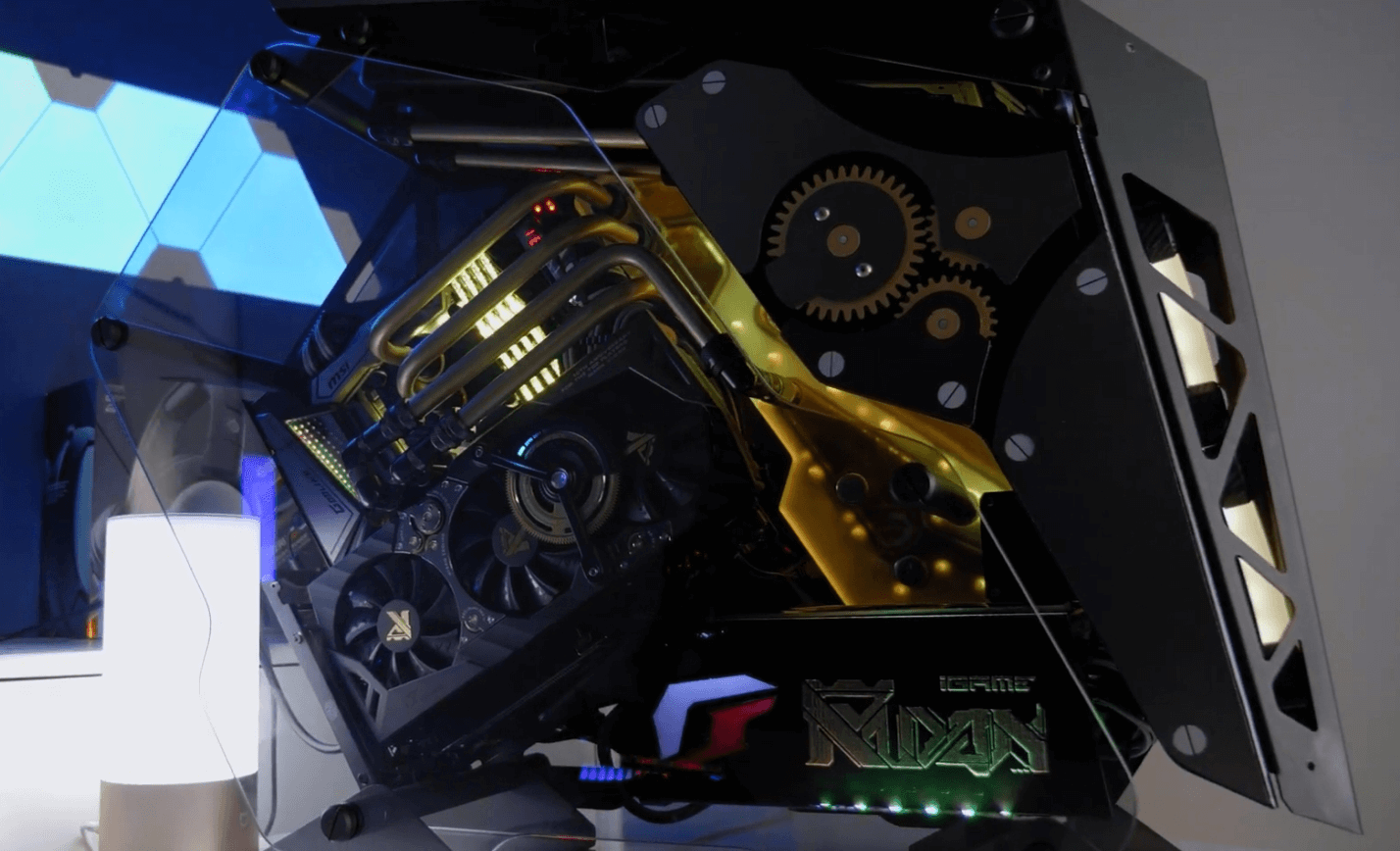 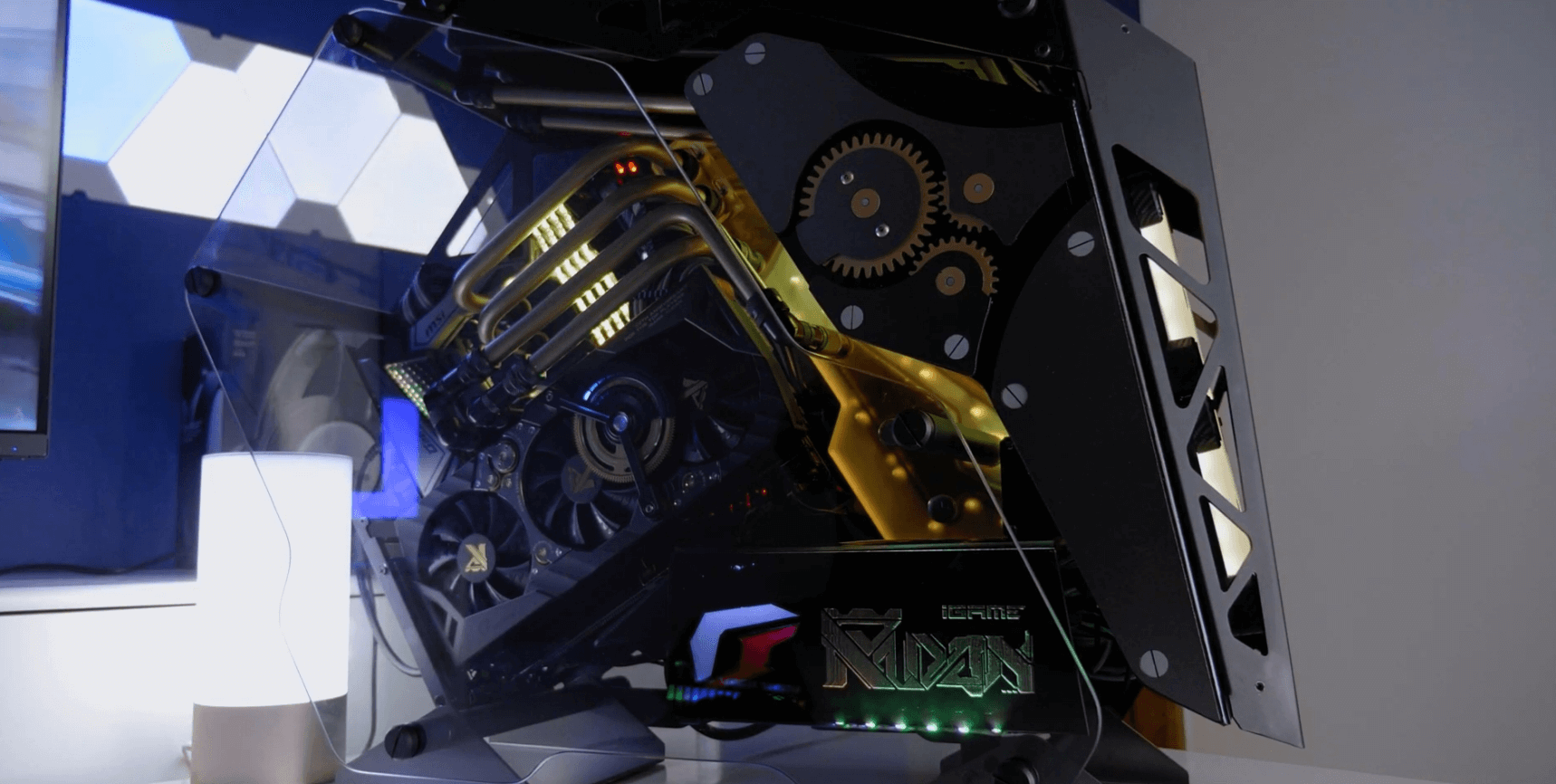 A core i9 9900k has been used for this Build. You may ask about 10900k But this project was started in 2019 and at that time 10th gen did not see the light. In 2019, 9900k was the best choice for gaming without any hesitation offering top-notch gaming performance. 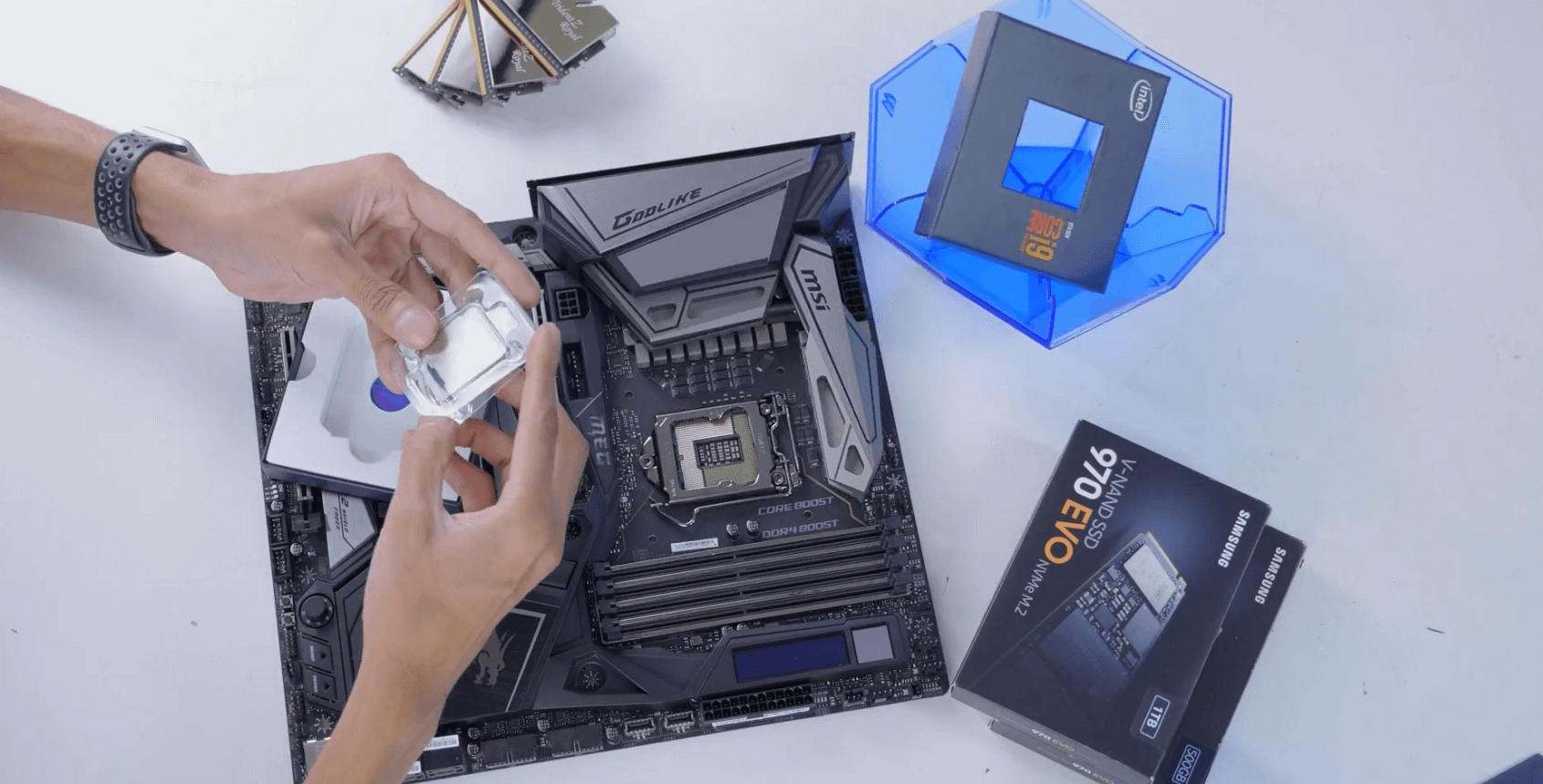 Nowadays, there is a common question, why you are choosing Intel over Ryzen. The owner explains well,

“As the very purpose of my build is only playing games rather than doing other things,and Intel serves this purpose very well,it is enough for me. all of you know very well that the GAMING performance of intel is still better than ryzen. Because i can get better gaming performance, that’s why i have chosen intel.” 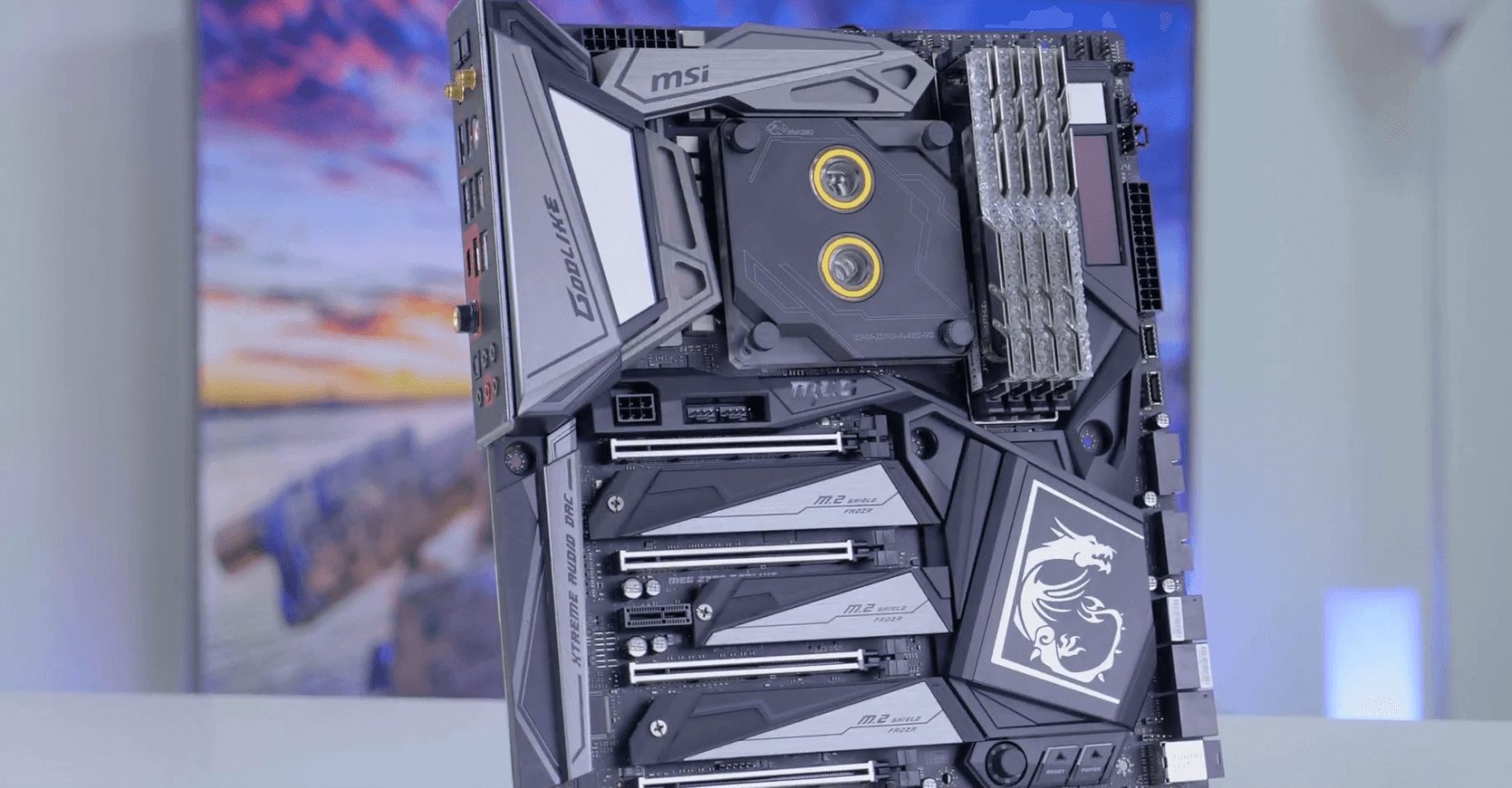 For the motherboard, the owner has selected MSI MEG Z390 GODLIKE. Both in terms of VRM performance and design, undoubtedly this is one of the best motherboards around and the perfect choice for this special build. 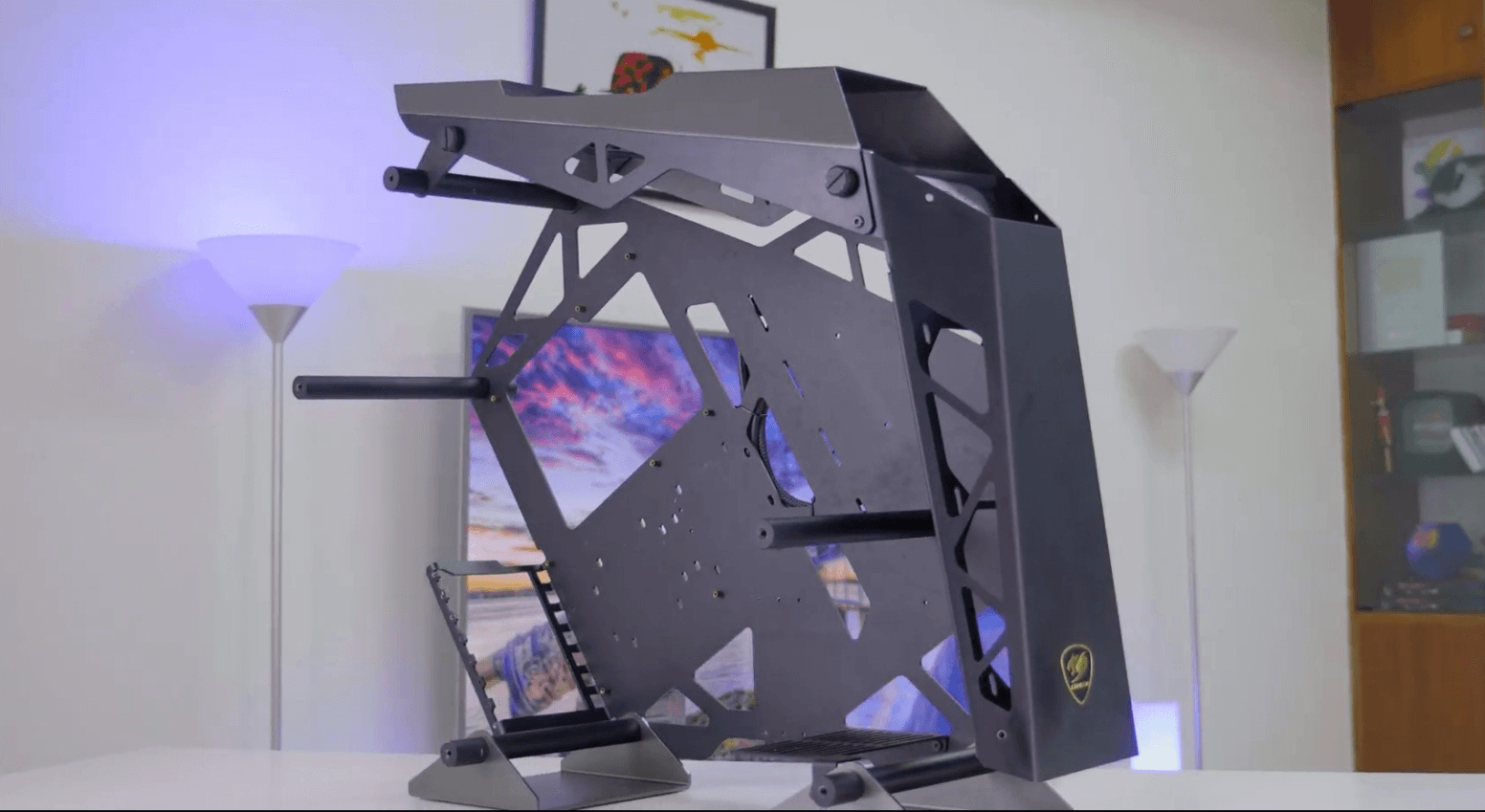 Cougar Conquer has been used in this build. This case does not need any description. It has created its own position because of its unique design, build quality, and look. Many of us know that it does not come in ready to run state, rather this case needs to be assembled manually.

The 3000USD worth beast Colorful IGame Geforce RTX 2080ti Kudan V has been used in this build. This is a limited edition card and there are many more elements of this card to talk about. Firstly, this is a limited edition card. It’s too expensive. Starting from the design, build to the cooling system, everything is unique of this GPU. This GPU comes with hybrid cooling. Another interesting thing you can notice if you look at the build that is the color scheme of the GPU has been perfectly matched with the theme of STEAMBOY Build. 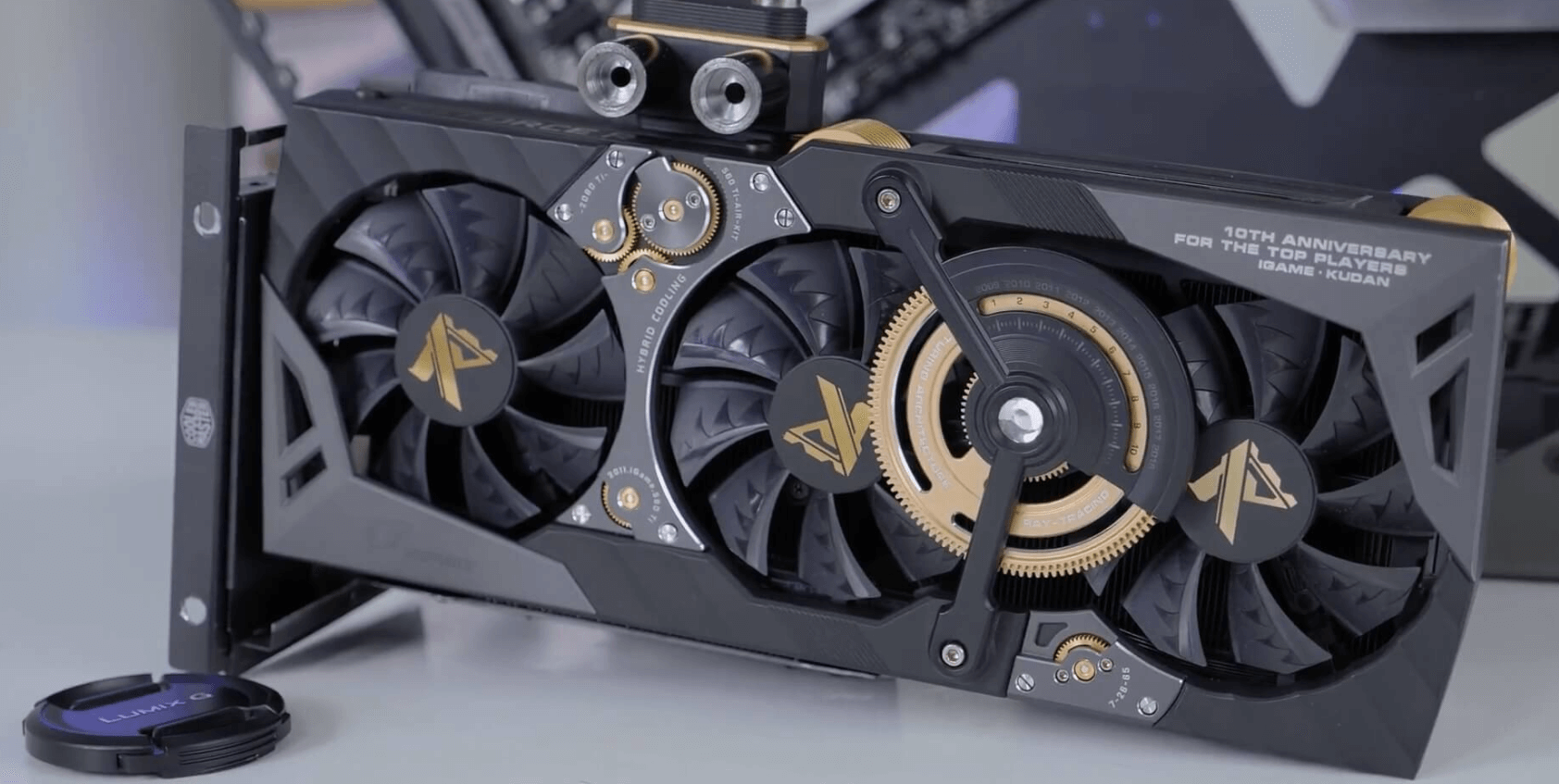 Thus, it further increases the beauty of the build. In other words, this is the perfect build to represent this special Graphics card. There are very few builds which have made the best use of this gorgeous looking Graphics card other than SteamBoy.  For a enthusiast grade special project, nothing could be more perfect than a GPU like this, a special edition graphics card. You will do feel proud when you are the only one who owns this card in the whole country just like the owner of this build-

“The feeling of Owning the one and only unit of a product in the whole country is really different, I can say that maybe I don’t have a Leopard, but surely i have a Kudan“

Most of the components of the Steam Engine are built of Copper. So the use of Copper would make the build more artistic. That’s why the builders wanted to use Copper in some parts of the build. But things didn’t go according to the plan; the sizes of the available copper tubes in the market did not match with the required dimensions of our build parts. So, to accomplish the plan, they had to take a different way. They took some plastic tubes and painted them in the desired color.

But that was not the end of the twist, the paint job gave birth to a new problem; the thickness of the tubes increased and the builders were unable to install those tubes. Finding no way, the builders then rubbed those tubes with sandpaper accordingly and installed.

Kudan disagrees to Cooperate at the last moment:

A new problem showed up when the builders completed assembling other components and started to setup the water loop with the GPU. The thread size of the GPU was too small compared to that of the default thread size of the custom loop. It was a very important factor, if the respective sizes wouldn’t match, leakage could happen. Eventually, the builders had to build an adapter to make the GPU fit with the thread. 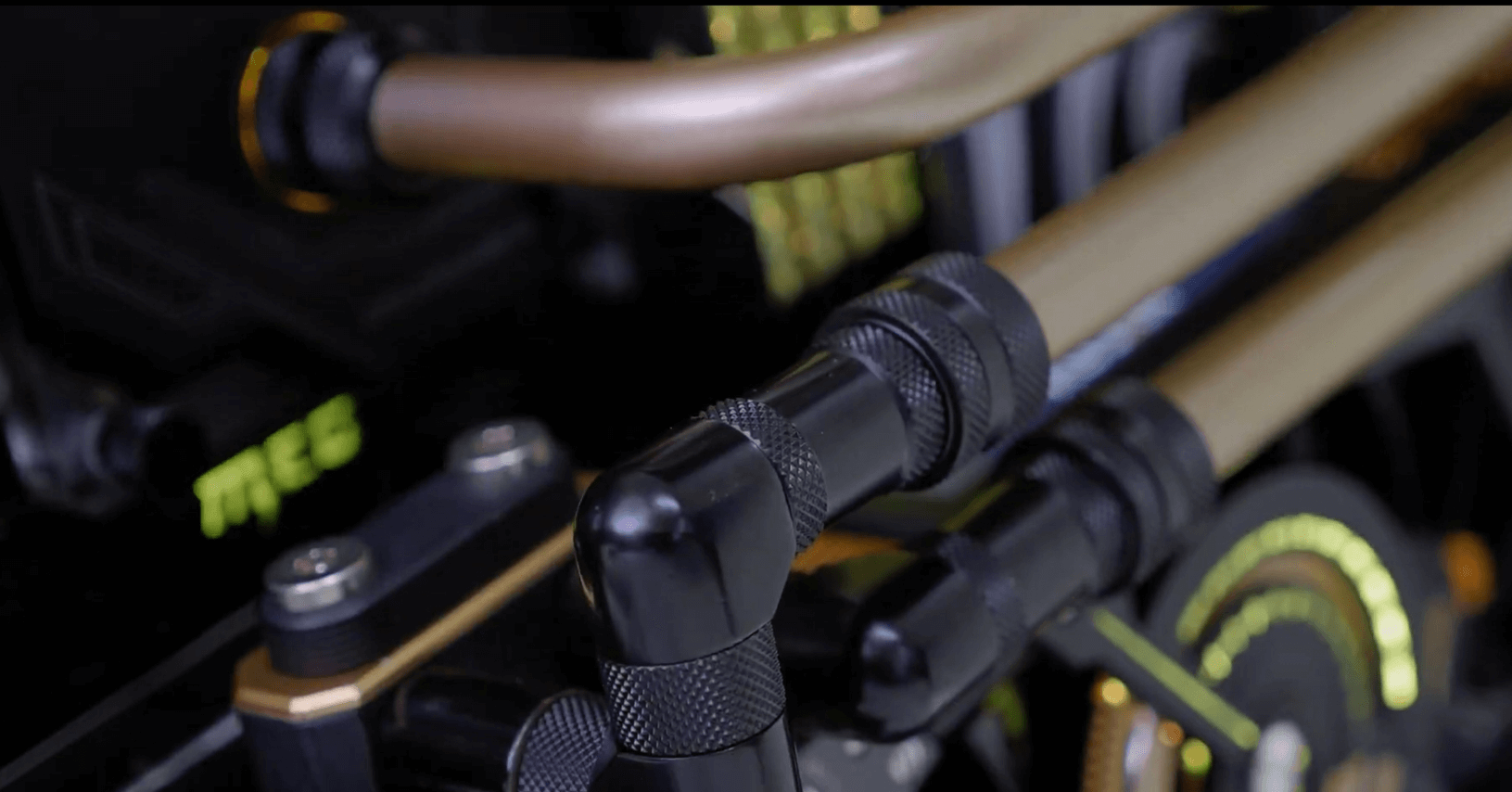 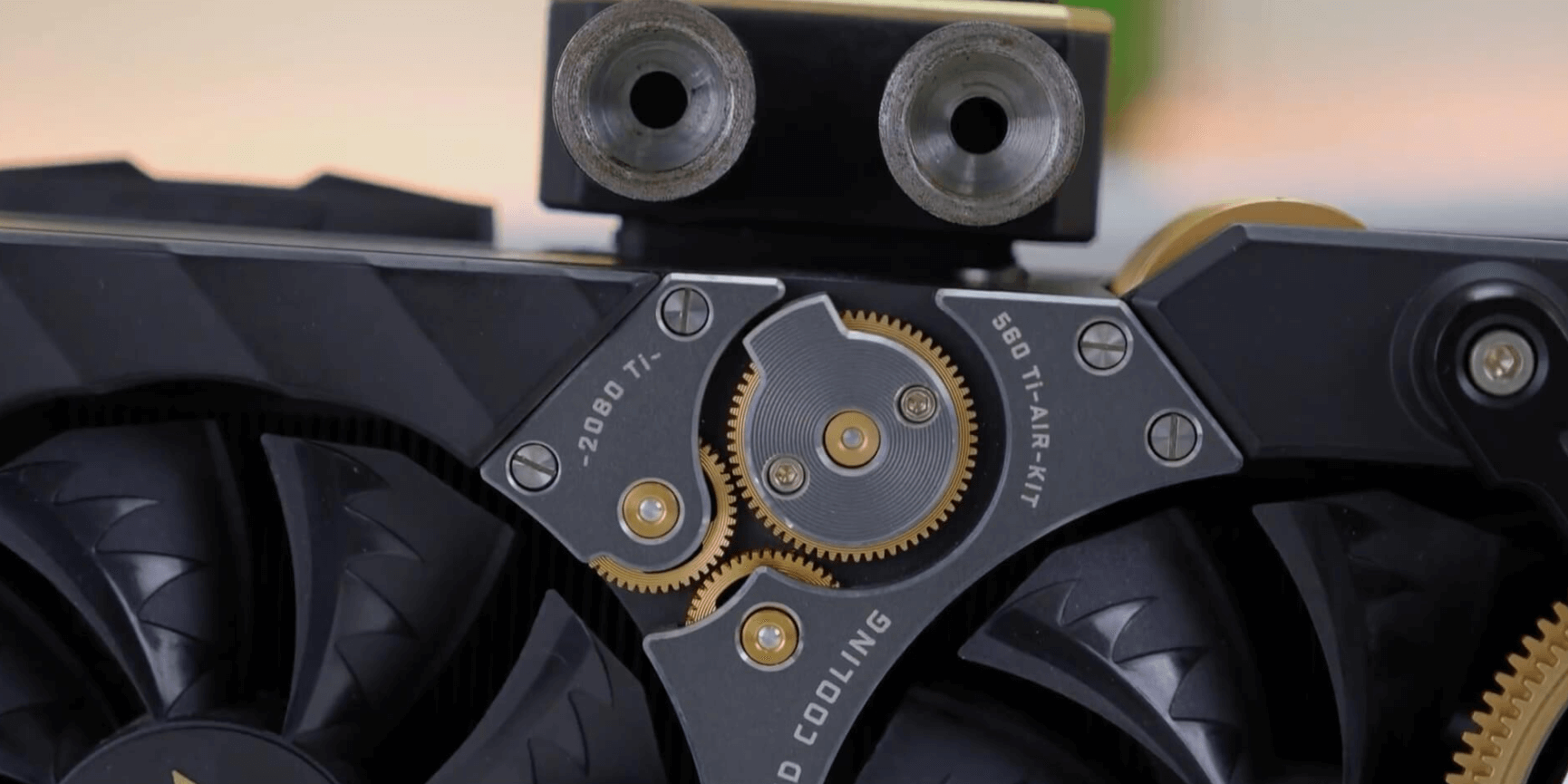 Hello and welcome to PC Builder Bangladesh, this time we are collaborating with The Council with the goal of...
Read more
Gaming

With the release of the latest generation of consoles by Microsoft and Sony, a huge amount of last generation...
Read more
Gaming PC