Going slow, checking every corner, communicating with teammates, and getting the job done. Lose focus for a moment, a round will land on your head. That’s Ground Branch. The most definitive tactical CQB experience that is available in the market as of writing this review. Ground Branch is developed by Blackfoot Studios along with an industry veteran with almost 15 years of experience. In this review, I will explain why it is so different, and help you decide whether you should buy it or not.

Ground Branch is on the next level when it comes to following tactics. Don’t plan it out, try to rush in, boom! You get shot in the head from 400 meters away by some enemy AI. Yeah, AI, not even real players. You either check every single corner properly, recheck the hallway before moving on, or you get shot by an AI that decided to be tactical. The maps and the AI force you to play tactically. The developers know what they’re trying to do with this project. Ground Branch is the most hardcore CQB experience you can find in my opinion. 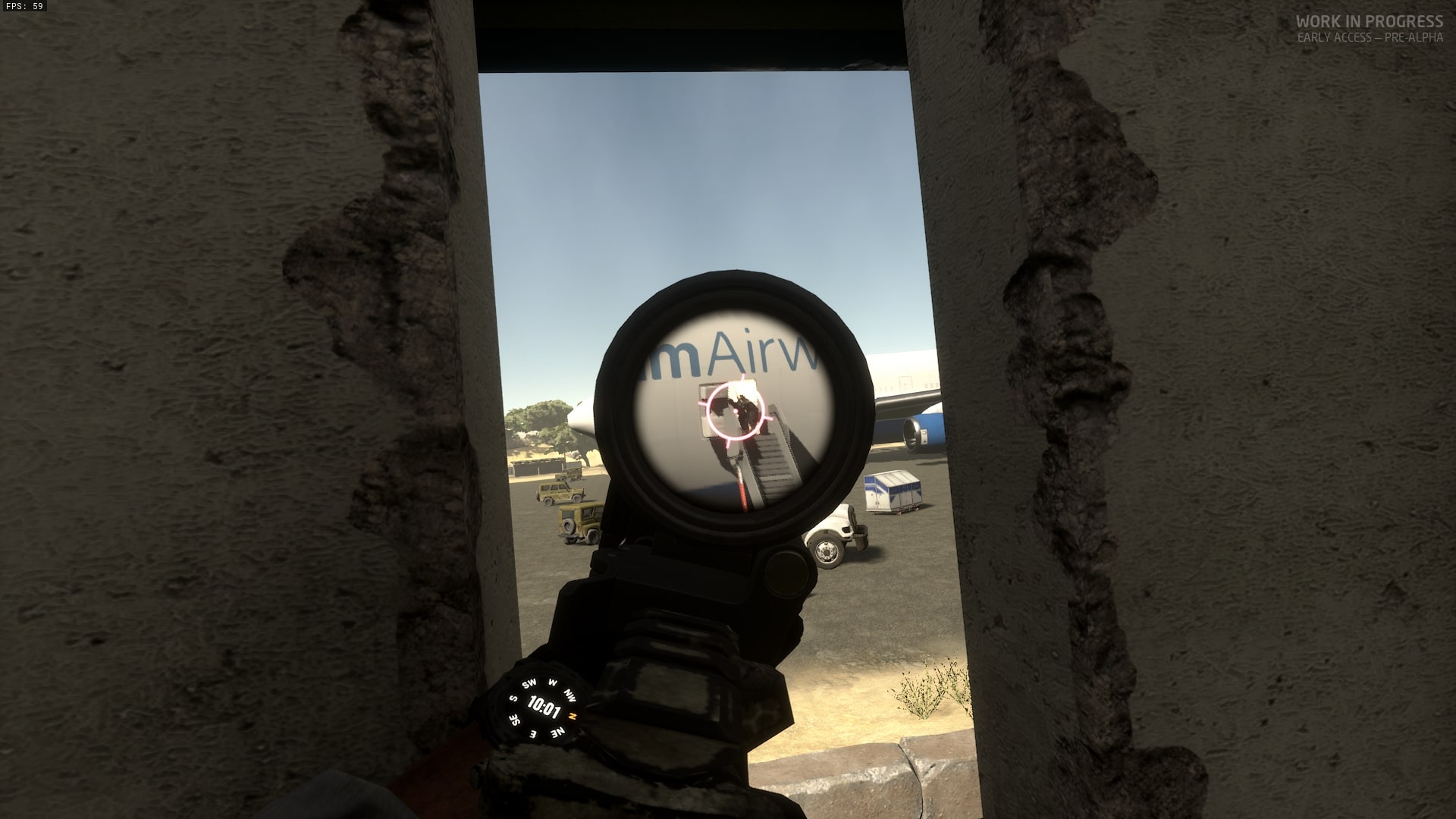 The mechanics are deep 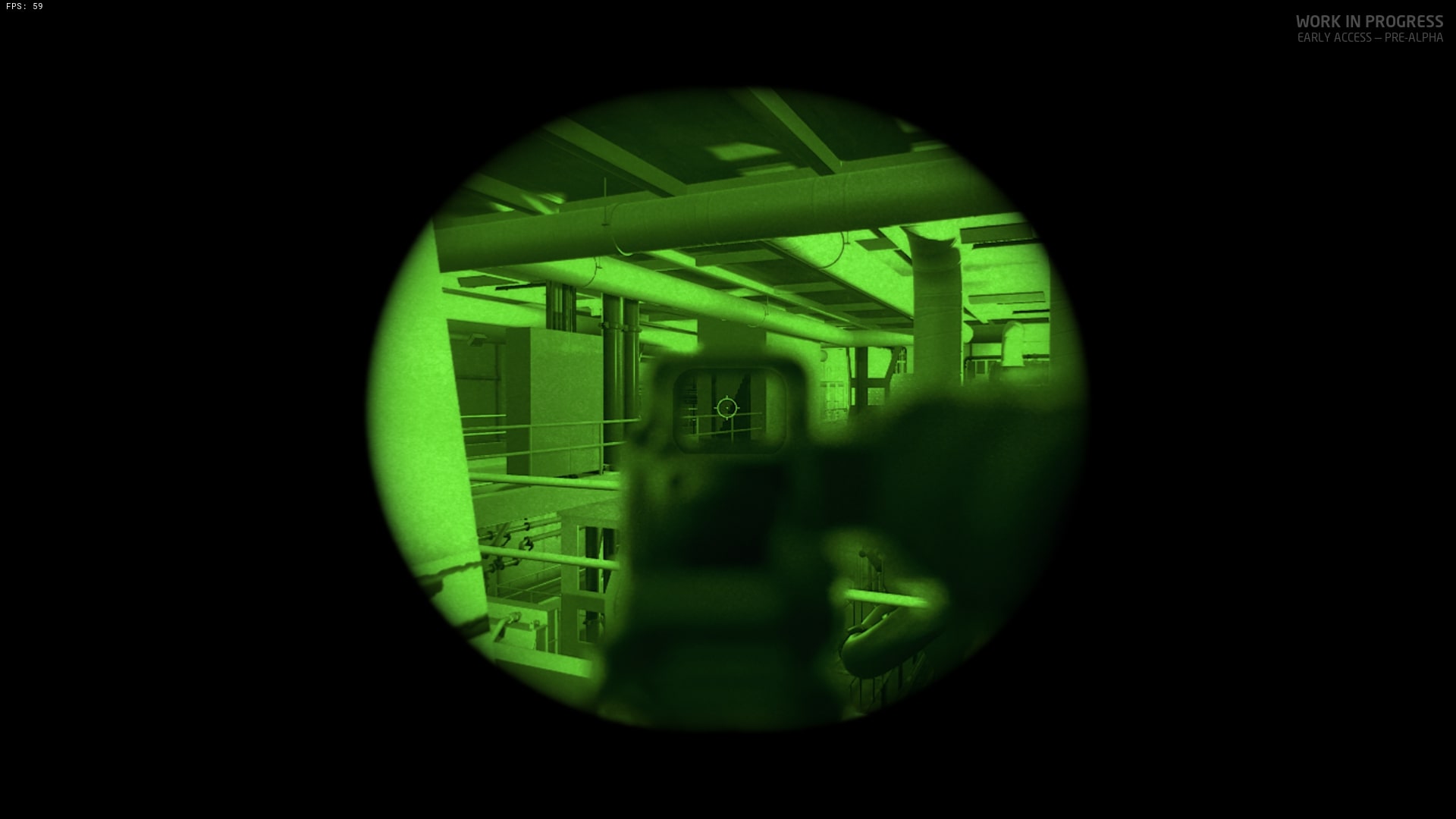 The best way for me to explain the AI is a dumb FaZe Clan sniper. They can kill you with a headshot from 400 meters away, but can’t find cover properly. The AI needs some fixes, yes, but it’s really fun to play against them. It’s extremely challenging, but that’s the charm of it. Every time you clear a map, you get satisfaction like no other. You feel good because you did something challenging. It took multiple tries, but you did it. 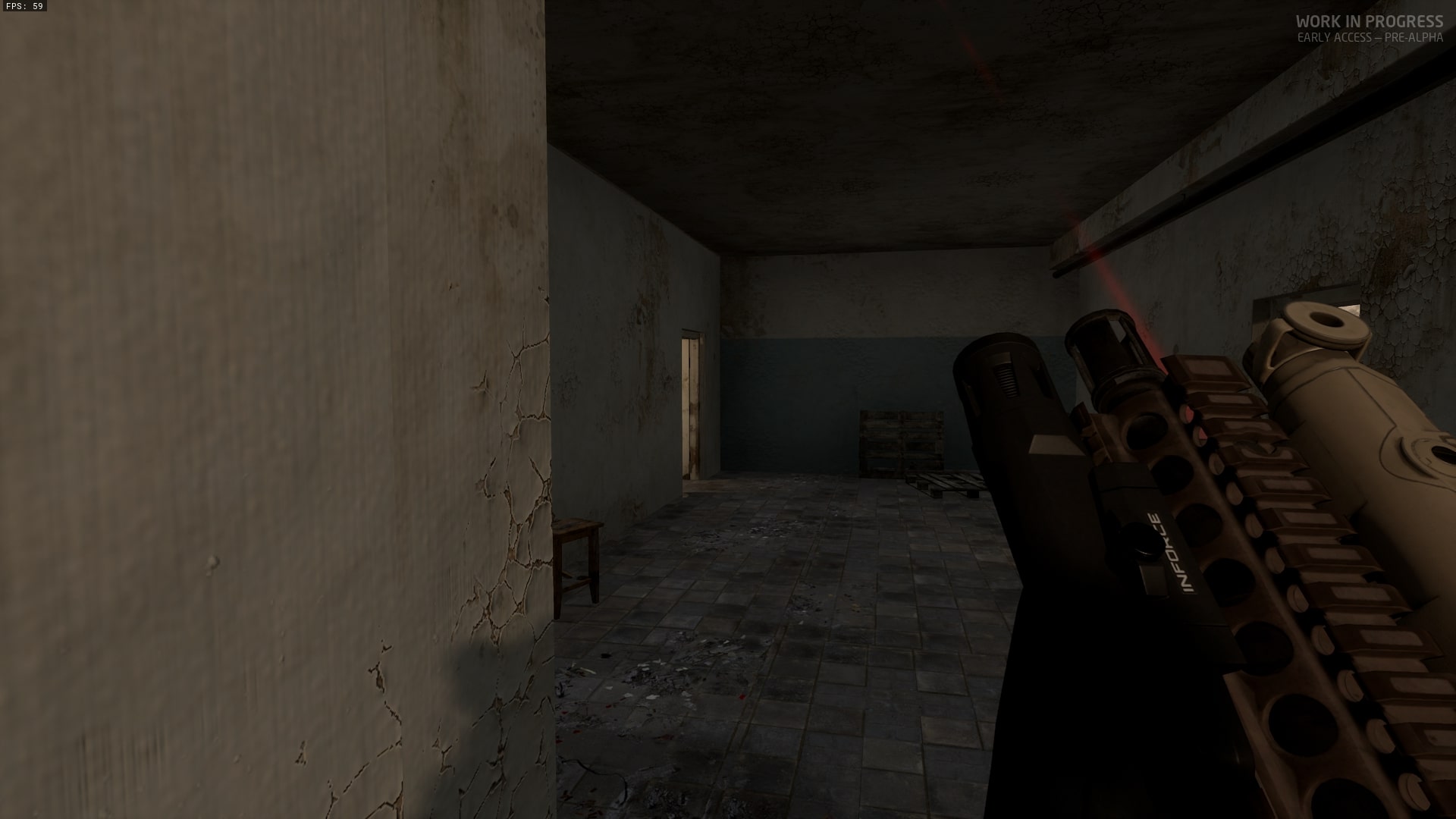 The game forces you to use CQB Tactics

You’ll have to get shot in the head if you don’t check each corner and recheck before leaving the corridor. The AI is programmed that way. They will follow the tactics of CQB, and if you don’t you’ll get killed. They will shoot at you from places where you’d expect them the least. There are instances of me shooting two guys in one room, pretty certain that it’s clear, and moving in just to be shot in the back by one AI that was at the corner. There’s zero room for error in Ground Branch, and that’s what makes it so awesome.

This game has some of the most customizations out there after Tarkov.

Get a gun, customize it to the limits. You have to attach everything properly according to the rails. There is a fairly good selection of attachments, including rails, sights, silencers, compensators, grips, etc. You can also customize your outfit, and even change the colors. You also have to attach NVGs to your helmet. You can use NVGs otherwise. You have to manually add pouches to your carrier for ammo, throwables, breaching charges, rangefinder, etc. But the sad part is, a lot of this customization plays no role in the gameplay when it should. The armor and helmets, for example, simply act as carriers. You die in one headshot no matter what. Same with recoil compensation attachments, which are nothing more than cosmetics, thanks to the poor gunplay. This brings us to the next point. 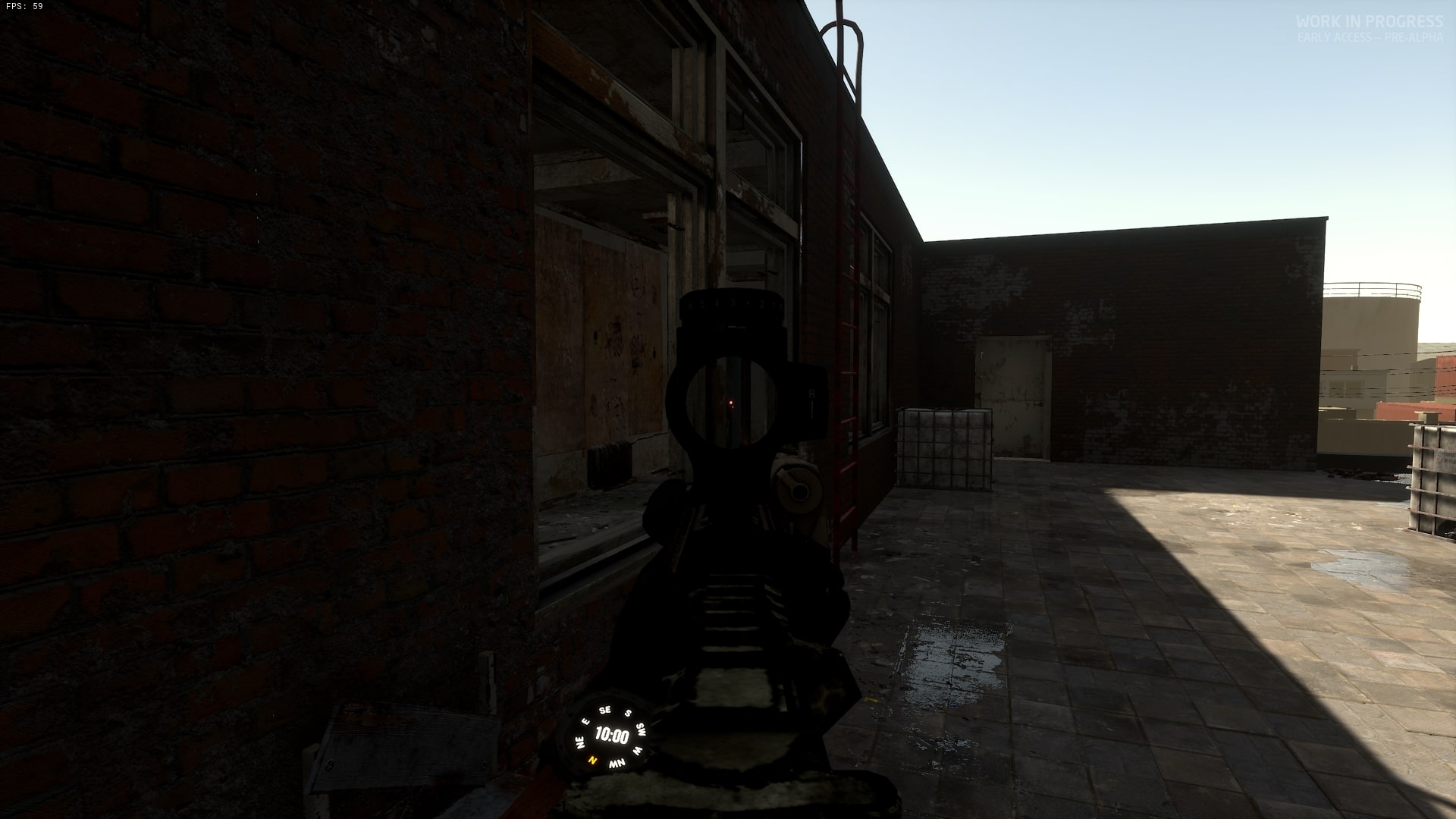 There’s literally no recoil. The animations are just not up to the standard. The gun simply moves up and down while firing. Thankfully this firing animation is getting changed, and the new one looks far better. Then we have the particle effects. Ground Branch really needs a revamp for the hit effects. The cloud of dust and blood has to be way better. Blackfoot should take some inspiration from Squad for the particles.

The lighting is just bland.

The lighting looks like it was imported straight from 2010. For a game released in 2018, it’s just embarrassing. Although the day and night cycle works really well, it just doesn’t look good. It’s bland. I’d prefer a little downgrade in the day and night cycle for better lighting if I’m frankly being honest. This game would look just beautiful with good lighting. Everything else, for example, 3d models, textures, the level design is really good. Just fix the lighting, it will be splendid. 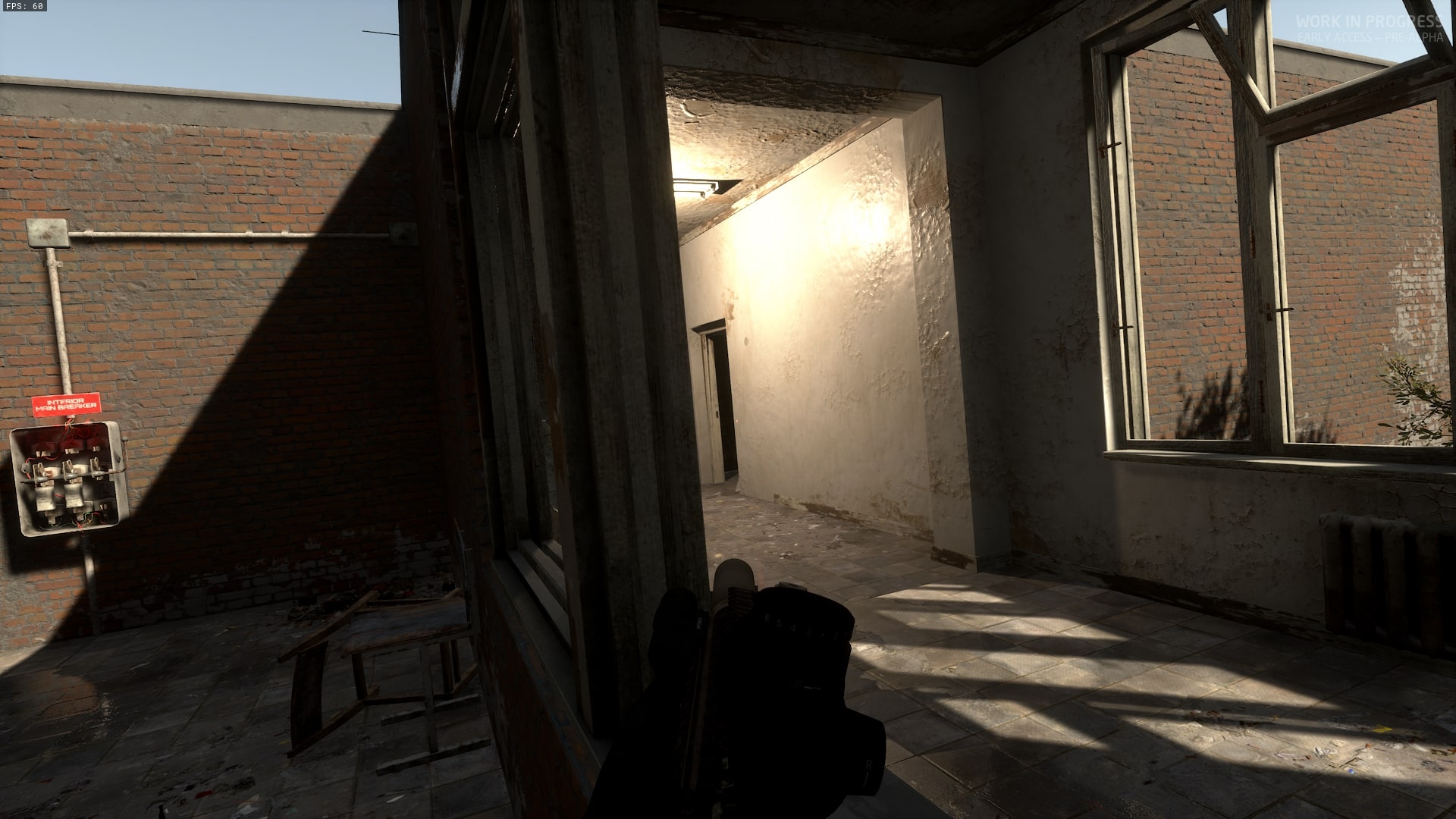 The game has some bugs.

The leaning for example, if you collide with something in the direction you’re leaning on while leaning, your angle of lean gets decreased. There are some other annoying bugs like this one. The team has just recently got a dedicated programmer. It was all onto one guy who had to manage all the UE4 stuff all this time, so it makes sense.

Ground Branch is one of the best CQB experiences in the market right now. Even after all its flaws, it does what it wants to. The developers had a clear vision when developing this game. Although development has been slow, hopefully, it will speed up with time, considering they got a new publisher. Sadly, nobody plays PVP, but the PVE is just so good, it makes up for the PVP. In the end, get this game if you’re into CQB, and want something hardcore. If you want something a little bit less hardcore, I’d suggest Zero Hour.

How to make game trailer in 5 Easy Steps

Game trailers are among the strongest marketing assets that you can get in your creative arsenal. When done correctly,...
Game Review