ASUS Strix GTX 1060 and the RX 480 are the kings of full hd gaming in these days. Both cards have their own benefits and limitations. Here benchmarked with few popular game titles both on DX11 and DX 12.
We used the following setup as the test facility

According to our test results RX 480 performed better on DirectX 12 so it is future proof compared to GTX 1060, however GTX 1060 is an excellent card as well. NVIDIA recently announced that they are working on a DX12 optimized driver update, which is going to work with Microsoft’s low level API. Still i have a feeling that the ASYNC Shader of AMD will perform better.

Lets have a look at the temp charts

Few Random Clicks of the cards 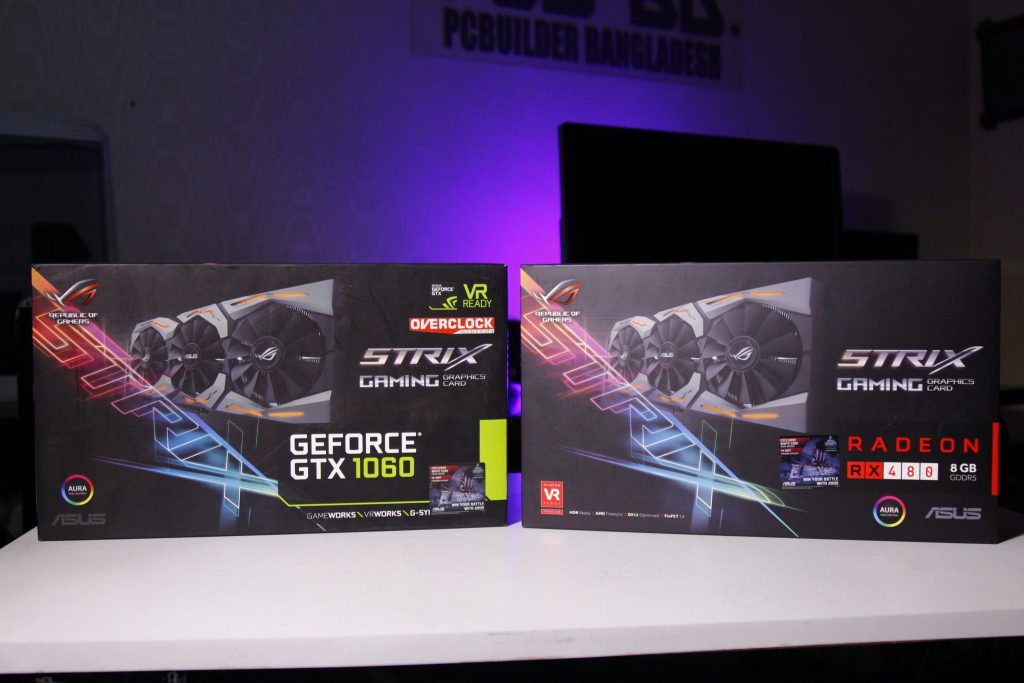