With the release of the latest generation of consoles by Microsoft and Sony, a huge amount of last generation consoles are about to become obsolete. Such a great quantity of e-waste is only going to contribute to the ever-increasing environmental pollution problem we’re already dealing with. So, being able to run windows could help with keeping these machines from going obsolete and as a result, help with keeping the environment a bit cleaner.

As Microsoft has an operating system of their own, they could let Xbox owners switch over or migrate to Windows 10 for a small fee or for free, letting them do whatever they want with their consoles. Though it’d be harder for Sony to bring desktop OS compatibility to their console. Since it is hard to imagine these companies would bring this feature out of sheer altruism or environmental consciousness, even if it were turned into a spin-off to earn these corporations more money, it would still be a great thing to do.

Running Windows 10 On The PlayStation 4: 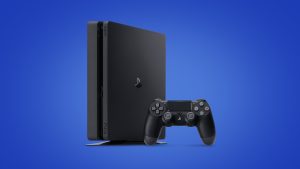 Now coming down to if desktop OS compatibility is even possible, it is safe to say that you won’t be able to run Windows 10 is a PlayStation 4 anywhere in the near future. Even running Linux on it is quite a stretch. In 2016, a team of software engineers called ‘fail0verflow’, got Linux working on a Play Station 4 and even played Portal 2 with it. They presented this achievement of theirs in the Chaos Communication Congress 2016(titled “Works For Me”) conference. Though it was pretty obvious that this work of theirs was more of a proof-of-concept thing rather than an actual alternative to a PC. They talk in-depth about all of the things missing in a PlayStation 4 compared to a PC.

Running Windows 10 On An Xbox One: 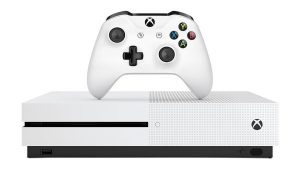 While it would have been possible to install the desktop version of Windows 10 instead of the highly-customized one the Xbox One runs, Microsoft has gone to great lengths to ensure that it wouldn’t be possible. Most of these efforts are mostly in the form of hardware tweaks like designing a custom input/output and CPU package controller chips which require exclusive drivers written by Microsoft. Along with that, in order to make a Windows OS kernel work with the Xbox hardware, you would need to write your own HAL(Hardware Abstraction Layer), which requires WAY more effort than it’s worth. Aside from these problems, you would also have to deal with the highly secure boot sequence and custom made file system of the Xbox One (FATX). And even if you somehow managed to overcome all these problems and tried to install windows from an SSD or HDD, the Xbox Bios doesn’t even support NTFS or Fat32 file systems.

So, we can see that, even though being able to run Windows 10 on last-generation consoles would’ve been great for the environment and the consumers, it won’t be quite possible to do so. Still, we can expect these consoles to be relevant for a year or two more. And we should definitely make the best use of it!

Personally, I've never been a huge fan of handheld gaming, but it looks like Valve is getting me interested...
Game Review

Going slow, checking every corner, communicating with teammates, and getting the job done. Lose focus for a moment, a...
Windowss