Imagine sitting in the cockpit of a virtual F16 viper and waiting for the ground crew to attach four AIM120 AMRAAMS, two AIM9 Sidewinders, and two AIM7 Sparrows to your pylons. Then you press 15 switches on your cockpit just to start your aircraft up. The engines start growling. You start taxying to the runway, and stop for a few seconds before entering the runway, and check if any other aircraft is landing. When it is all clear, you stop at the end of the runway, engage your wheel brakes, push your throttle, and release the brakes and takeoff. You’re going on a CAP (Combat Air Patrol) mission. 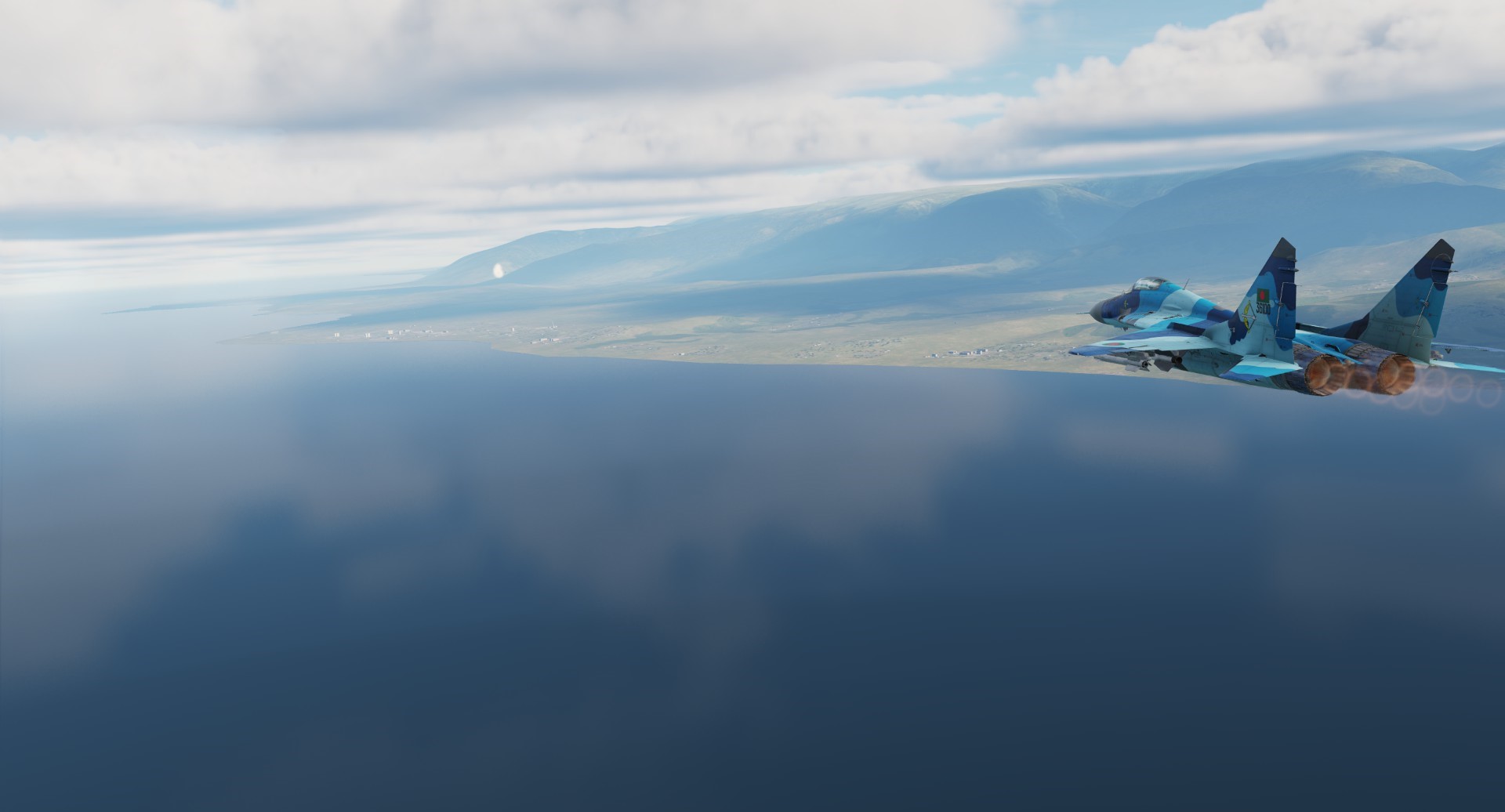 This is DCS World, the most realistic aircraft combat simulator available to the public. Most probably, this is the first time you’re hearing about this title. I’ll discuss about DCS, and try to help you get started in this amazing sim. 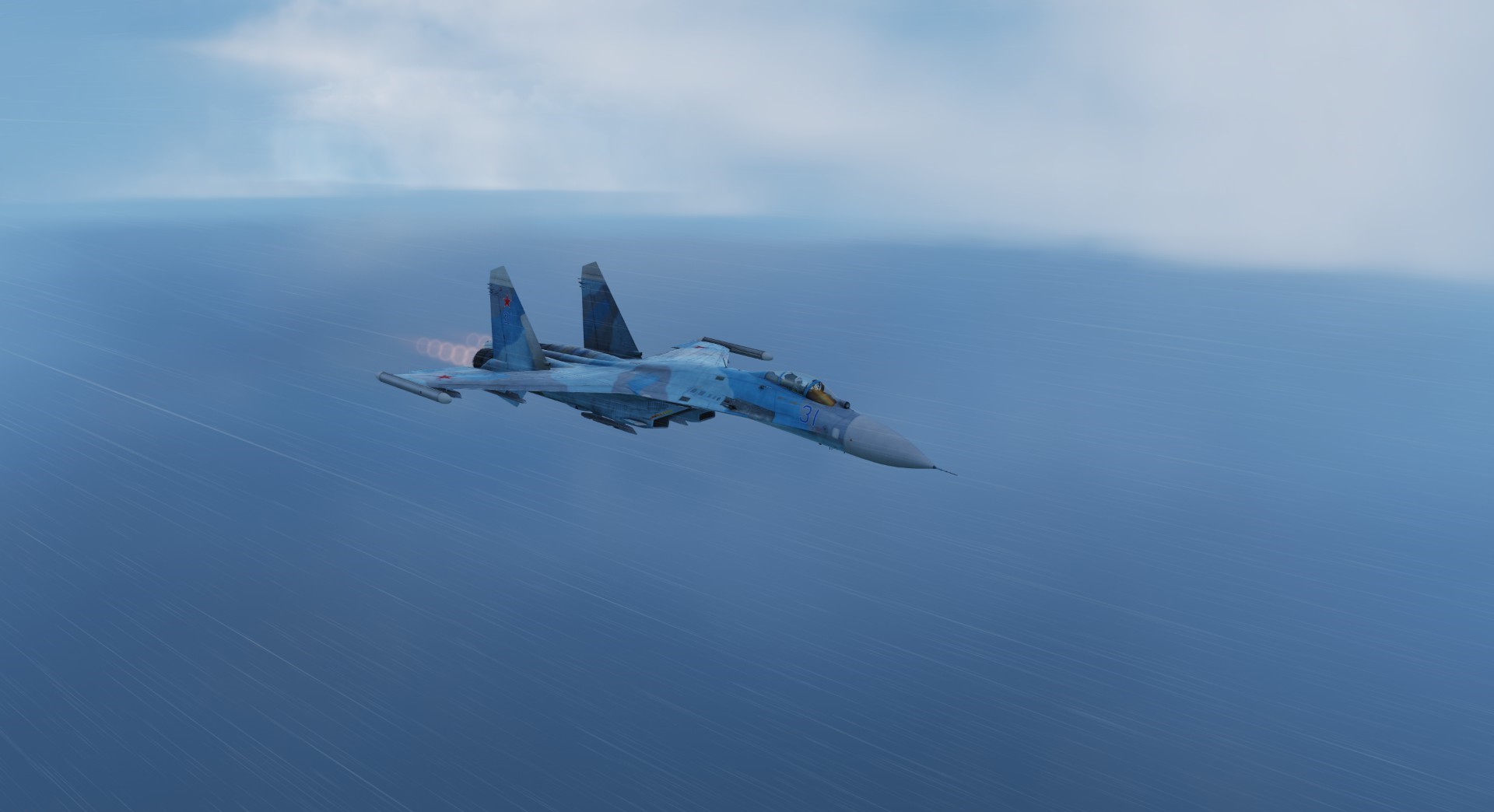 DCS is not just about flying

It’s a combat simulator. You have to use your weapons. It’s not like Ace Combat where you can magically carry 100+ rockets all at a time. You got 1:1 asset management. If you attach 18 rockets to a pylon, you get 18 rockets on that pylon. Firing off one rocket means it’s gone forever. Imagine you have 4 AMRAAMs, two on each wing. Fire off one AMRAAM from the left wing, your left wing will become lighter than the right one. It will start tilting the aircraft gradually to the right. 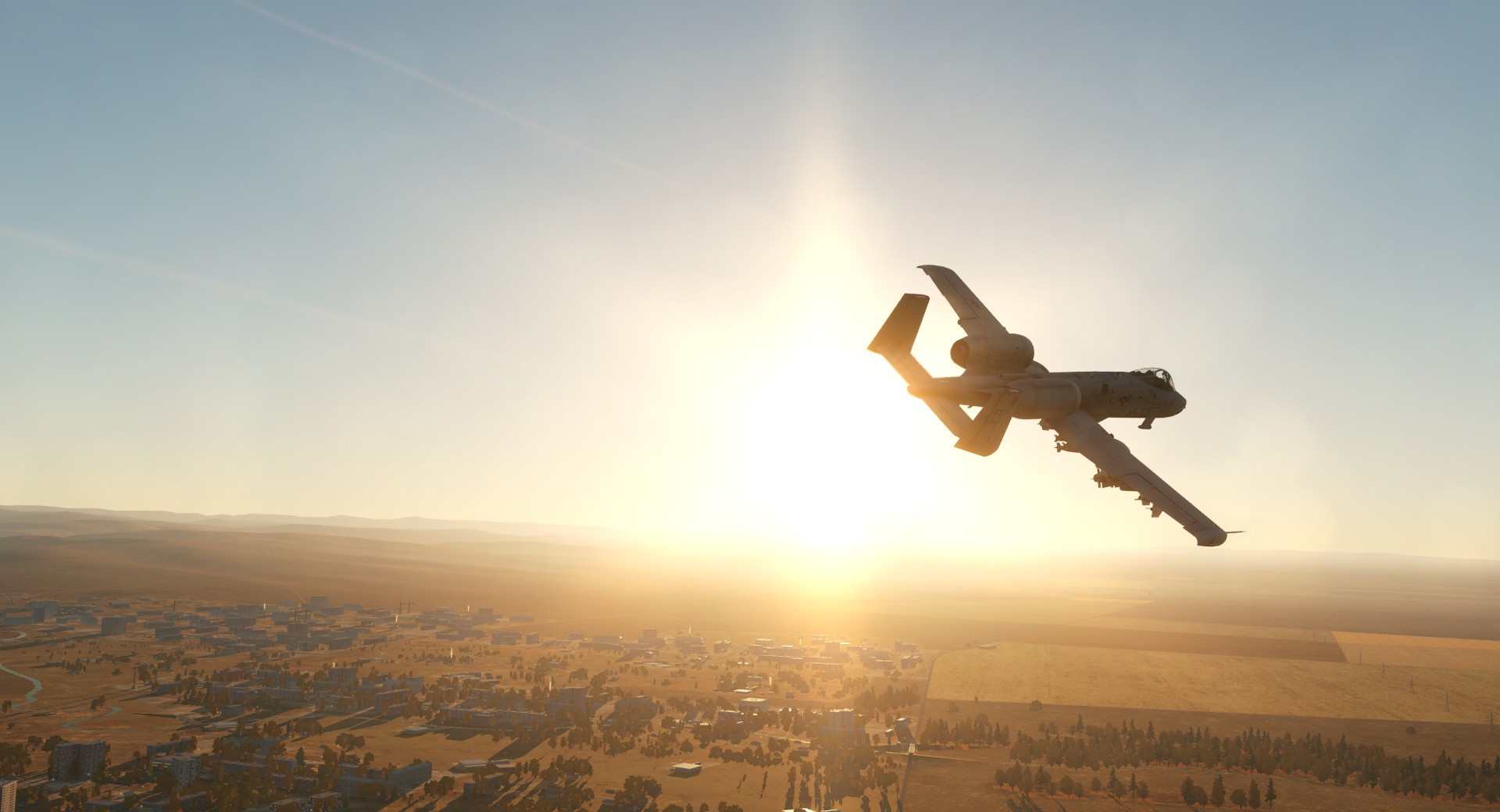 You have to use your radar to get a lock onto an enemy aircraft. Once you get the lock, you can fire Fox 1 (Semi Active Radar Guided), Fox 2 (Heat Seeking), or Fox 3 (BVR, or Beyond Visual Range) missiles depending on your situation. You’ll have to use your helmet mounted display for high off bore sight shots. Out of missiles, or you just want to preserve them? You still got your cannon. Got enemy armor threatening your friendlies? Drop a CBU 87 bomb using CCRP (Continuously Calibrated Release Point) guidance, or fire a maverick. 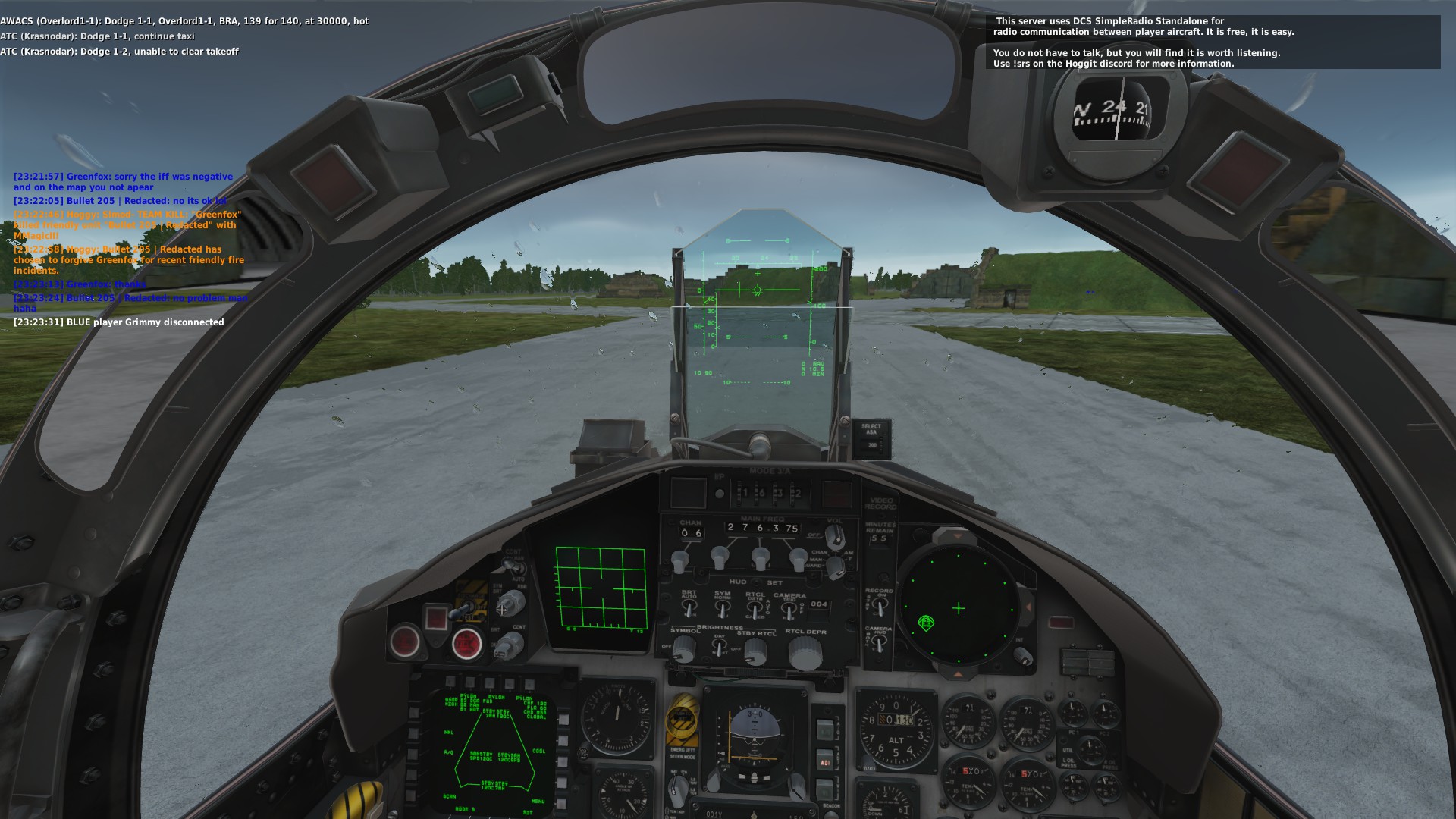 It takes time to learn each aircraft

At the time of writing, I have almost a hundred hours in the sim, and I can barely evade the AIM120 AMRAAM missiles, and barely land a jet without breaking the landing gears. That doesn’t stop me from enjoying. It’s challenging. That’s what gives me the pleasure. Taking off from an airfield, fighting with hostiles, landing back, it’s so satisfying. You’re always multitasking. You aren’t just fighting with hostiles. You’re flying a jet, controlling your weapons, using countermeasures against enemy missiles, all at the same time. You don’t just have to learn the equipment and technology on each aircraft. You have to get comfortable flying it. 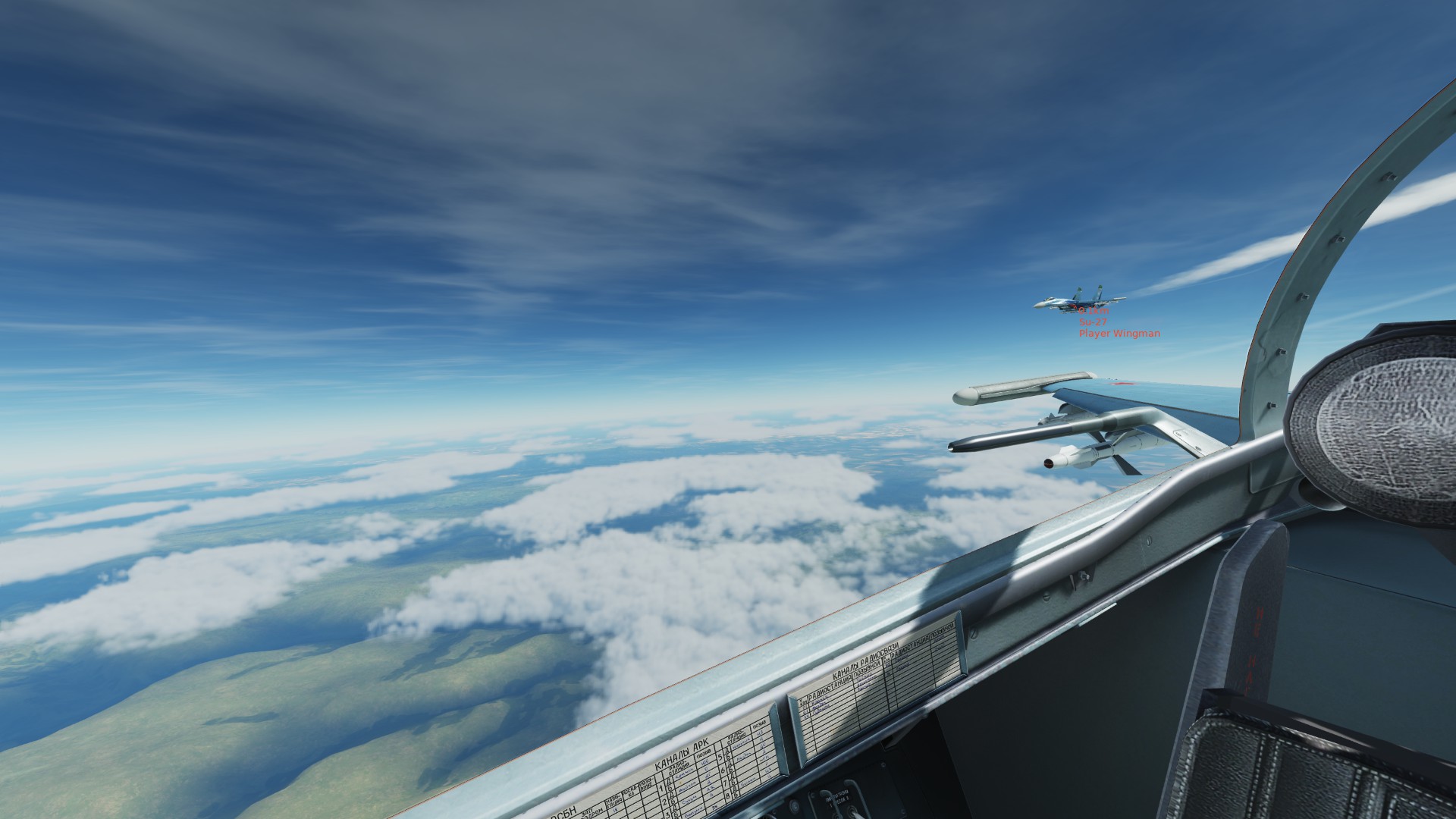 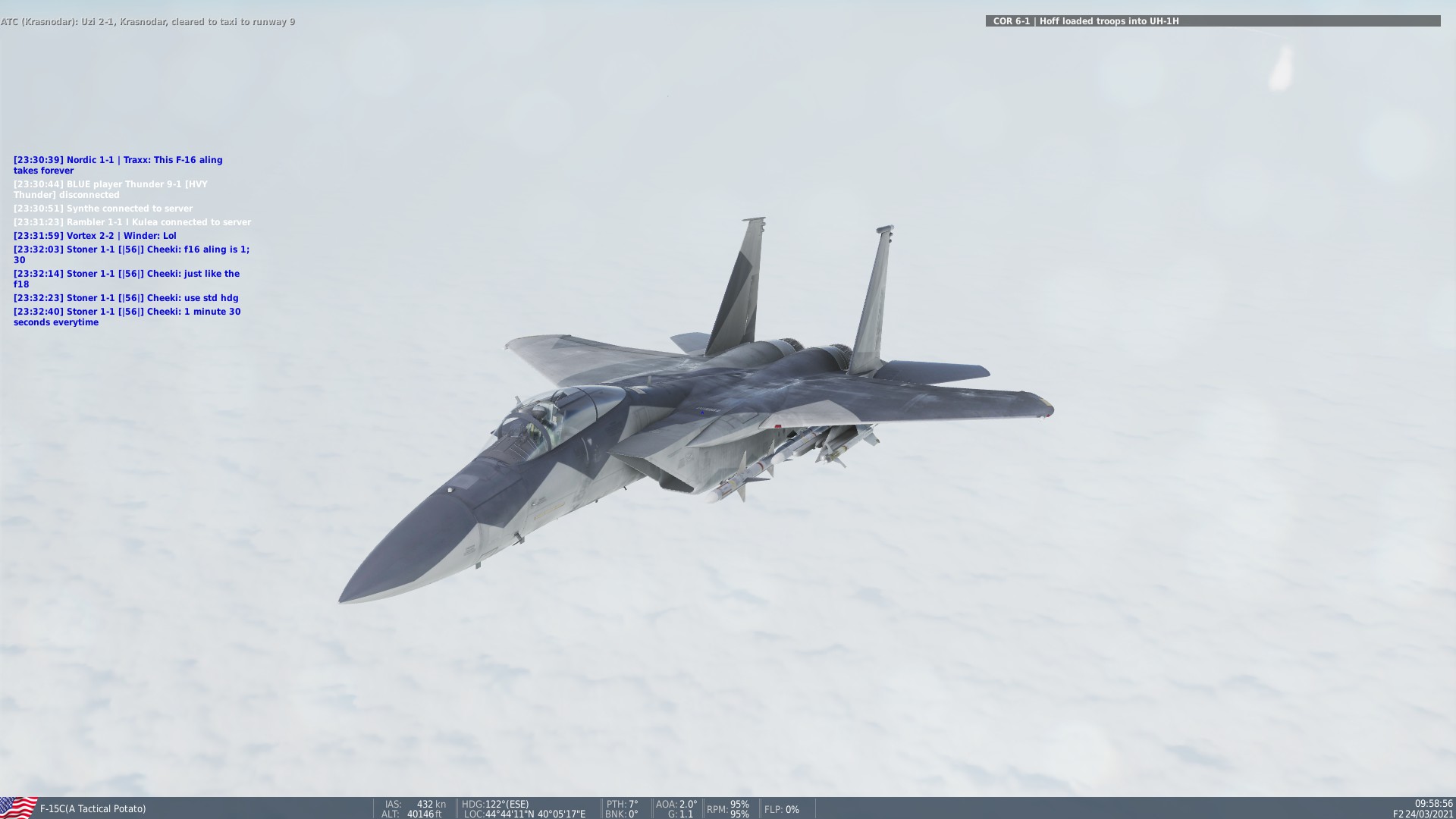 Not just that, each aircraft is really different. The A10 won’t do BVR (Beyond Visual Range) fighting or dogfighting. It’s built for CAS (Close Air Support). But it can carry AIM 9 Sidewinders, which are close range air to air heat-seeking missiles for self-defense. On the other hand, the F16 isn’t very good for Air to Ground. The F15 is strictly for air to air. No air to ground armaments at all. However, some aircrafts, like the F/A18c, and the JF17 Thunder can do both pretty well. But they aren’t the superior there. Not every aircraft can operate in and out of carriers. So you must be careful about which aircraft you want to choose. 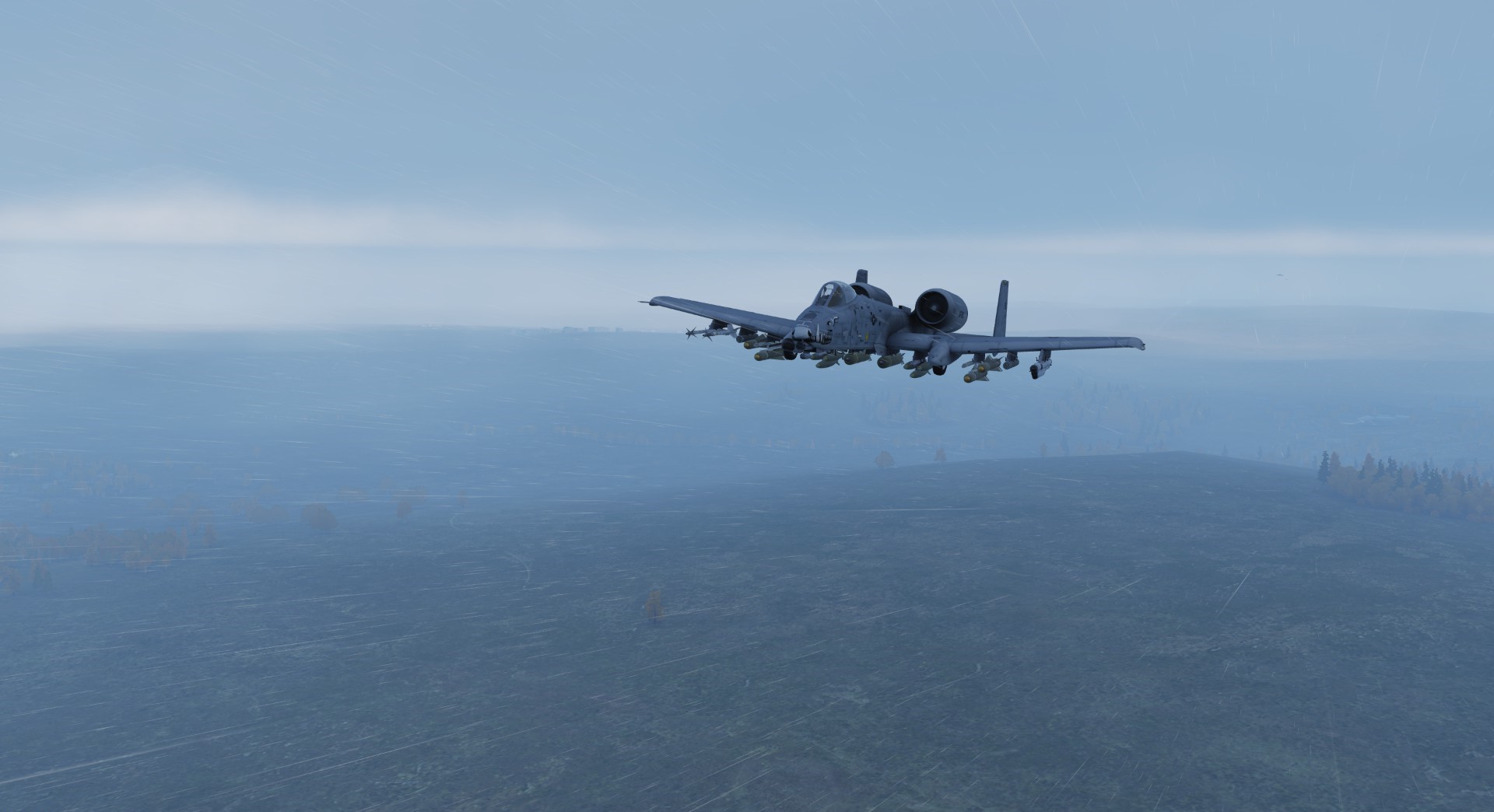 The visuals are jaw dropping

On the ground, the game looks ok. It’s just ok, nothing that will blow you away. But more detailed than most flight simulators. However, the textures are lower resolution compared to Flight Simulator 2020. It probably looks close to X-Plane 11. But this changes the moment you get up in the sky. And that’s where you’ll spend 90% of the time in this sim. Now, DCS has always looked beautiful from the sky. But with the 2.7 update a couple of days ago, it just got better. There’s volumetric cloud in DCS now. And it’s replicated, which means your enemy will see exactly what you see. You can hide behind the clouds, and your enemy won’t see you. This might sound absurd, but most flight simulators don’t have a replicated cloud system. 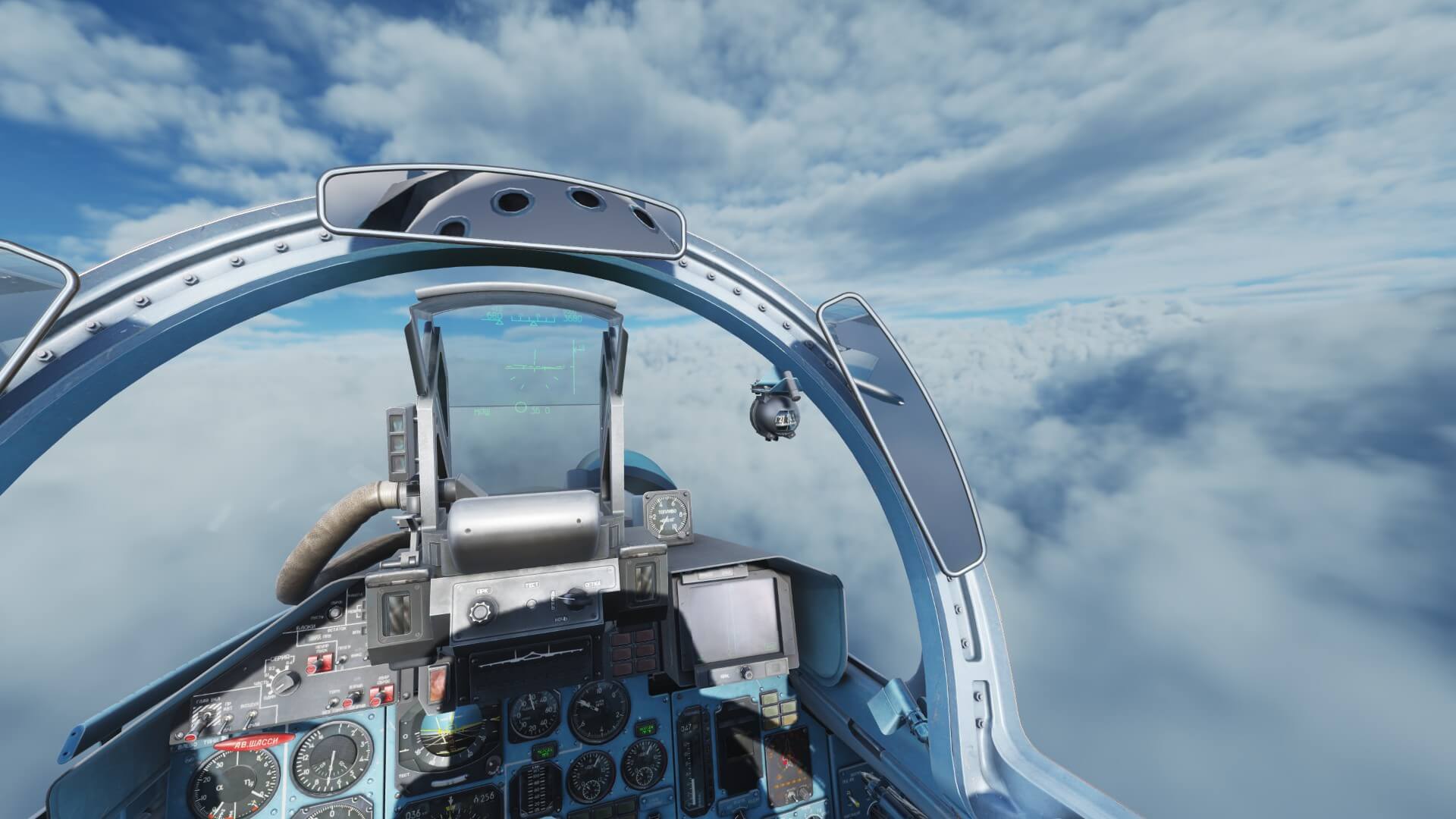 How to get started

I’m not writing whether you should play it or not, because there’s no reason not to give it a shot. This game, it’s literally free on steam. Upon downloading the game, you get a low fidelity SU25T, and a high fidelity TF51D. You have to buy other aircrafts. High and low fidelity refers to the click-ability of the cockpit. The low fidelity or the FC3 grade aircrafts are simplified, you can’t click the buttons on the cockpit, and you have to use key-binds. The high fidelity ones are more advanced. You can click every single button in the cockpit. There’s a tedious startup process you have to learn. For beginners, I’d suggest starting with the SU25T. The TF51D doesn’t have weapons. What fun is DCS without combat? 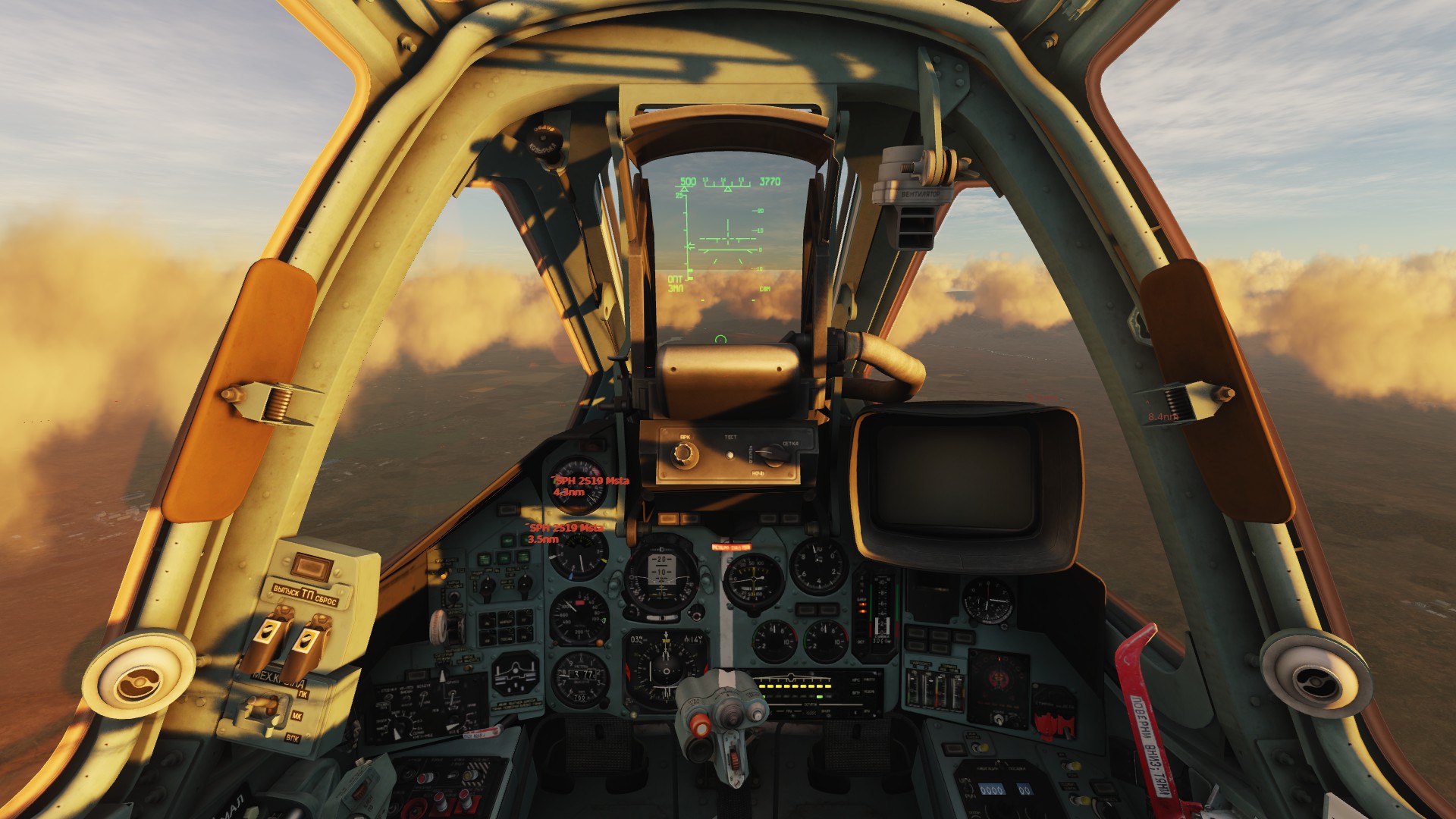 Do the training missions. They’re good. After you’re done with the training, you can try the instant action missions, or generate your own ones with the fast mission generator. If you ever get confused, check out Grim Reapers on YouTube. There’s also a mission editor you can use. Don’t buy anything at first. Fly the SU25T for a couple of days. It’s fairly easy to learn. Also give the community A4E, MB339, and the A29B mods a try. They are free, and high fidelity. The modules are expensive. The Helicopters and the WW2 birds cost 50$, the A10C, F5, Mig21, Mig15, F86, Viggen, and the Mirage 2000c cost 60$, and the rest of the high fidelity ones cost 80$. Among the low fidelity ones, you can buy each one individually for 15$, but there’s a pack called FC3 which gives you all of the low fidelity aircrafts for 50$, which basically means you spend 15$ less. I’d suggest you to wait for sale, when the price goes down by 50%. 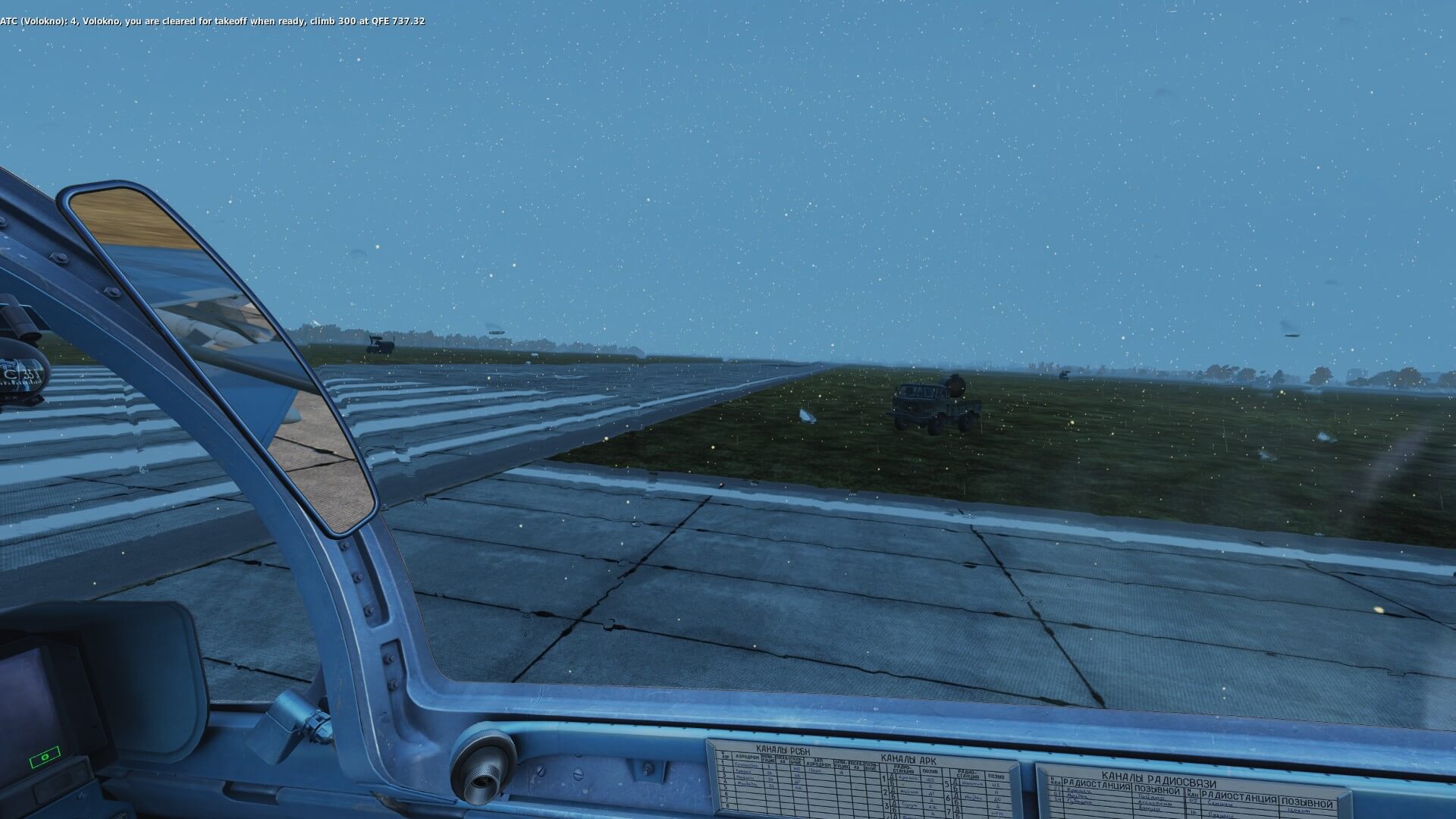 DCS is one of the best flight simulators out there right now. Its simulation is one of the best. In fact, the A10C module is used in the US Military to train pilots transitioning from the A10A. If you have some 85 gigabytes free on your PC, and it’s a decent one, make sure to give DCS a shot. Try to install it on an SSD, or you’ll get enormous loading times. Have patience, and play through the training missions. Once you learn it, you’re on your way to a couple hundreds of hours of flying. I don’t know why it isn’t as popular as other flight simulators. But that shouldn’t stop you from having fun. Finally, if you have queries, the Hoggit Discord server is pretty active, you can ask there, you’ll get help.

Call of Duty Black Ops: This game’s campaign was different

Call of Duty. Mindless shooting, generic war stories, what not? But in 2010, Treyarch decided to do something different....
Games

Enlisted: This free to play FPS MMO has potential

Enlisted is a squad based first person shooter that is set in the Second World War. This game is...
Games 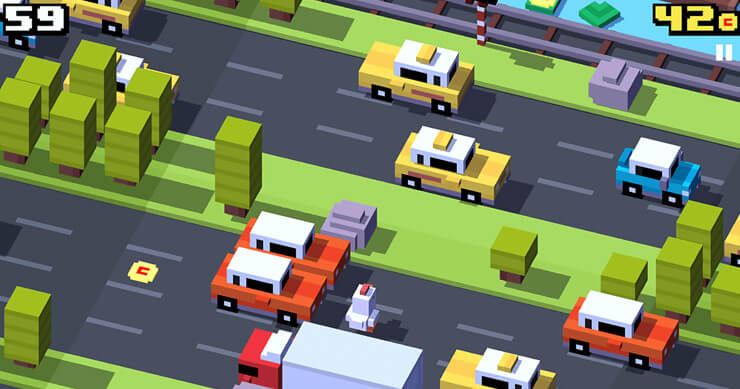 Unblocked Games 77- Your Gateway to Play Games in Restricted Place